Founder of the consulting firm BOPS

Can you present the Nubian Vault to us?

The Nubian Vault comes from the Upper Nile in Egypt, Nubia. It makes it possible to build timberless round roofs made of mud bricks using earth dried in the sun. This technique does not require wood, cement, iron or corrugated iron, just earth, which is available free and in large quantities all over the Sahel region. This technique requires regular maintenance of the outside coating. The oldest Nubian Vaults date back 3,500 years in Egypt and 30 years in West Africa, notably in Niger.

We have 60 employees, including about 50 in Africa (Burkina Faso, Mali, Senegal, Mauritania), who are not masons, but people tasked with starting a strong and self-sustaining market for the NV technique.

We have already contributed to the construction of 1,500 buildings and our aim is to boost this market, raise the awareness of clients and political leaders, and support local entrepreneurs with continuous training. Our association’s projects focus on housing, but also on community buildings for public use – schools, clinics.

We are also a social business incubator, the “NV Masons”.

We are developing the NV market by working both on supply-demand and on market supports (State, local authorities, banks).

Why recommend this technique?

Because of the deforestation in the Sahel and the fact that it is particularly suited to this environment and this climate. As people no longer have wood to construct buildings, their only alternative is corrugated iron. This material is unsuitable, as it is hot during the day and cold at night, and relatively expensive. Sheet metal does not make it possible to break out of the poverty trap.

You said that this building technique comes from Egypt. Where does the idea to replicate it in the Sahel come from?

A French mason (Thomas Granier) and a farmer from Burkina Faso (Séri Youlou) rediscovered this technique at an exhibition in Paris in the 1980s. They found it interesting in technical terms, but also from a social and economic perspective. Mud bricks only require one investment: labor, to make and assemble them.

What are the main barriers to the development of this technique?

The first concerns the capacity to train a sufficient number of builders and entrepreneurs. There are currently 330 of them, a number which is still too low, whereas there is real demand. We first need to identify entrepreneurs who were not originally entrepreneurs, as in the Sahel masons can also work in the fields… We then need to convince them of the interest of the Nubian Vault, as masons will earn more money selling sheet metal and cement. Consequently, financial incentives and credit are necessary, which we are starting to provide.

The second barrier is people’s interest in this technique, which may seem too outdated. In reality, this argument does not stand up, as there is no solution when people can no longer afford to buy sheet metal. Clients need financial incentives in the form of grants to overcome this reluctance. Their low purchasing power, as such, does not stand in the way. The Nubian Vault technique does not require a lot of money, but rather labor to make bricks.

The third barrier is the fact that environmental and social criteria are still not included much in the bid invitations of Sahelian States, which generally focus on “concrete” constructions with traditional building materials.

How to overcome them?

We will need to directly subsidize masons and strengthen our advocacy actions towards public authorities. If more community constructions were built with the Nubian Vault, we would be able to train a larger number of masons more rapidly.

To bring about this change, AVN supports the Manifesto for Quality Housing in Sahelian Africa, which has already been signed by a number of prominent figures, including Nicolas Hulot, and the Charter for Responsible Building, which is intended for various development agencies and NGOs. It aims to include social and environmental criteria in the choice of the buildings that are constructed.

In terms of people’s interest in the technique, we think that it is necessary to offer financing solutions to potential clients. Credit tests have been conducted of some thirty clients in Burkina Faso with microfinance institutions (MFIs). Mud-brick construction is realized during the dry season, between January and May, when farmers are no longer busy in the fields. Thanks to credit, masons and clients can be replaced in the fields and focus on building materials over a longer period.

As for the environmental and social aspect of bid invitations, here again, we are conducting advocacy actions towards ministries of Education, Agriculture and Health. We emphasize the financial benefit of these constructions, which are less expensive than the others. A literacy room in a village can cost less than EUR 1,000 for 30 m2 with the Nubian Vault technique, with a price of about EUR 30 per m2 for the structural work. The community can provide all the materials and unskilled labor free of charge. This price can be ten times higher for operations in cities, where it is necessary to transport the earth and recruit labor.

What are the three main challenges for the Nubian Vault in the coming years?

The first challenge concerns the emergence of effective NV social businesses. The demand potential is there, but much remains to be done on the supply side: out of the 330 masons we have trained, about a hundred are site managers, but less than ten are real entrepreneurs and a minority has a declared status and a capacity to bid for public contracts.

If we want to rapidly reach millions of beneficiaries, we need to establish closer contacts with large groups in the building industry. For example, with Eiffage Senegal, which builds roads, we have built a prayer room on the highway between Dakar and Thiès. We need to pursue more ambitious projects together, for example, for hundreds of social housing units in the Thiès region where there is an abundance of resources of local materials, which boosts training for NV builders. Construction companies would be well advised to devise NV projects that could reduce costs, but also give them social and environmental points that would allow them to win bid invitations!

The third challenge is that we are seeking, with our partners, to set up an impact fund, as Danone did with the Livelihoods Fund, or Schneider with the Energy Access Ventures Fund. For the moment, half of our annual budget of EUR 1m comes from public funds, with grants from Agence Française de Développement (AFD), but also from the French Facility for Global Environment (FFEM). The other half of our resources comes from the private sector, with large corporate foundations such as Hermès or Eiffage. This type of fund would ensure the sustainability of our financing, with economic profitability being possible, through credit to masons and clients. 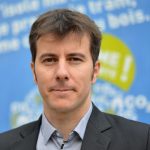 Founder of the consulting firm BOPS