Facebook Twitter Link
Copied to clipboard
More than half of entrepreneurs in Africa are women. Photo: UN Women/Ryan Brown

Africa leads the world in terms of numbers of women business owners. In fact, women in Africa are more likely than men to be entrepreneurs. Women make up 58 % the continent’s self-employed population. However, a recent World Bank report, Profiting from Parity, shows that women entrepreneurs across sub-Saharan Africa continue to earn lower profits than men (34 % less on average).

Female entrepreneurship: not so much a choice as a necessity

Women in Africa are more likely than men to choose entrepreneurship not because they have a burning passion or the right skills, but because of a lack of better opportunities. Wage job opportunities are relatively scarce in Africa and this is even more the case for women who often have lower levels of formal education and may face discrimination in hiring practices. Additionally, women tend to be given most of the responsibility for home-based work, including childcare, so small-scale home-based businesses may be one of the few ways they can generate an income to help cover the needs of their families.

This is a missed opportunity. When you consider that Africa is now a world leader in women business owners, you can see that unlocking their potential can make a huge contribution to the continent’s growth and prosperity. If we can level the playing field for women’s businesses, if we can help them grow, African economies will grow. Empowering women entrepreneurs is simply smart economics.

In this context, partnering with the private sector to leverage synergies should be a key element of efforts to create greater opportunities for Africa’s hardworking women entrepreneurs, with three important approaches that should be adopted.

First, we need to target the underlying constraints related to social norms that are holding women back, such as the uneven burden of childcare and social norms that tend to push women into less profitable sectors. For example, findings from Ethiopia and Uganda pointed to sectoral segregation as an important determinant of the gender earnings gap in entrepreneurship. In Uganda for example, the average monthly profit in the female-dominated saloons sector is just USD 86, while those in the male-dominated electrical sectors enjoy average monthly profits of USD 371. Similarly, the Profiting from Parity report’s analysis finds that one-quarter of the gender gap in profits in the Democratic Republic of Congo can be explained by the fact that women operate in comparatively less profitable sectors. This lines up with a recent Gender Innovation Lab study of people with a Facebook business page, which captures businesses in 97 countries across 4 continents, that finds a hierarchy of earnings globally whereby men in male-dominated sectors are the top earners – earning a global average of 116 % more than women-owned firms in female dominated sectors-, women in male-dominated sectors and men in female-concentrated sectors are in the middle tier, and women in female-concentrated sectors earn the least. Interestingly, all three studies indicate that women’s choice of sector does not seem to be driven by the factors we may expect, like education or access to capital. Instead, exposure to male-dominated sectors through male mentors, training, or work experience, and access to information on the difference in earnings available across different sectors all appear to be important determinants of sector choice. The private sector can be a key actor in encouraging women to crossover, for example through initiatives with incubators as well as the development of intra-firm programs.

Second, we need to think outside the box. While most African countries have achieved gender parity in access to primary education, a persistent gap in educational and skill attainment between male and female entrepreneurs – particularly at the secondary level and beyond – may help explain gender differences in strategic business decisions. Self-employed women have overall completed fewer years of education than self-employed men, and male entrepreneurs often have higher technical skills. However, the Profiting from Parity report shows that training programs providing traditional business skills to women entrepreneurs have had disappointing impacts on firm profits. New evidence suggests that we may simply be teaching the wrong skills. Rather than teaching traditional business skills like accounting, there is promising evidence that socio-emotional skills, such as personal initiative and perseverance, matter more.

In Togo, a training that taught small entrepreneurs to show initiative, be proactive, and demonstrate perseverance yielded impressive results: women who took this training saw a 40 % average increase in their profits, compared to no significant increase for those taking a traditional business training. One example of this is a female entrepreneur in Togo who, prior to the training, rented wedding dresses. After receiving the personal initiative training, she decided to expand her clientele by selling dresses and offering such accessories as veils and gloves. She now owns boutiques in three African countries. This ‘Personal Initiative’ training has now been replicated in multiple contexts across two continents, with positive results. Through private sector partnerships, such trainings could be scaled up throughout the continent, both within larger firms as well as in the entrepreneurial community.

Third, we must ensure that interventions are scalable. The World Bank has shown that low-cost, simple tweaks in project design can have a large impact on women’s empowerment. For instance, in Malawi, we found that encouraging women to register their firms did not have an impact on their profits. Yet, by combining help on registration with a simple information session at a bank and a business bank account, women significantly increased their use of a range of formal financial services, resulting in increases in profits of 20 %. And this can be done at a cost of only $27 per firm. This is important in the context of sub-Saharan Africa, where only 27 % of women have an account at a financial institution.

Another interesting example of successful partnerships with the private sector to empower women entrepreneurs is the case of psychometrics. The problem of women’s limited access to capital can be counteracted in two ways: by giving women more control over assets through, for example, the granting of joint property rights (as is the case in Rwanda), or by getting around the collateral constraint altogether. Through a partnership with the private sector, the World Bank introduced innovative psychometric tests in Ethiopia as alternative to collateral. These tests predict the likelihood that an entrepreneur will repay a loan with accuracy, yielding a 99 % repayment rate. Such innovative technologies benefit entrepreneurs like Abeba from the Amhara region of Ethiopia who owns a bakery and who, for more than 10 years, was able to obtain only group loans capped at 900 euros. Through psychometric testing, she was able to obtain an individual loan, expand her business, and diversify her income.

Female entrepreneurship at the heart of development policies

Enterprise development is a crucial engine of economic growth and jobs creation. Without entrepreneurship, there would be little innovation, little productivity growth, and few new jobs. Increasingly, national government leaders and other stakeholders across Africa are recognizing that women are a force for growth – but could be even more so. Bridging gender gaps requires identifying and implementing programs and policies that target the specific constraints that women entrepreneurs face. This blog shows that there are targeted interventions that are simple, affordable, and most importantly high impact. Knowing that more than half of entrepreneurs in Africa are women, advancing gender equality is smart economics, sound business practice, and essential development policy. 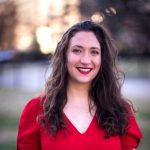 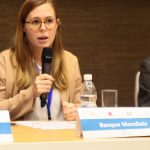