By 2030 two-third of the world’s poorest people will live in situations of conflict and fragility. If we want to address the multidimensional (political, economic, social, environmental and security) challenges of fragile states effectively, European Union (EU) donor coordination is essential. The good news is that a near-consensus exists among researchers, policy-makers at headquarters level and practitioners in the field that European aid coordination is needed all the more in fragile contexts. Yet there is also too much confusion and ambiguity over exactly what the EU can and should do.

Official Development Assistance in France: in search of national consensus

Our research in Niger, Palestine, the DRC and Haiti suggests that the most promising cases are those that have emerged bottom-up within a small group of 4-5 agencies which embody a critical mass in terms of budget and expertise. These cases combine various forms of joint implementation: soft (shared analysis, joint pilots, joint missions, joint workshops, informal cooperation) and hard (delegated cooperation, pooled fund, co-financing).

Committed efforts to align with the partner government, institutional flexibility and political backing from headquarters are the key preconditions for success. On this basis, these cooperation clusters can generate a dynamic that attracts more donors and inspires other sectors.

Grand schemes designed by EU institutions have not fulfilled their promise to foster European coordination. First, Joint Programming (JP) has not been the panacea that some had hoped for. It is still in an experimental phase and will at best generate synergies between European donors in the long run. Where JP appears relatively successful, it builds on pre-existing collaboration between donors. However, in some countries (specifically, the DRC and Niger), our interviewees sometimes wonder whether the EU Delegation could not put more emphasis on Joint Programming and move forward with it. Even in Palestine, where the EU and some observers have evaluated Joint Programming relatively successfully, practitioners are adopting a wait-and-see attitude about its promised benefits. Meanwhile, they continue with their daily struggle to do development in an environment where incentives for coordination are largely lacking.

Second, the mushrooming Trust Funds are not always living up to their potential to become a stepping-stone for EU donor coordination. Specifically, the EU Emergency Trust for Africa has been strongly criticized at field level for lacking transparency, bypassing ownership, and thwarting existing aid programmes. As one practitioner in Niger stated, “The Trust Fund boosted competition instead of coordination between the agencies.” Human rights NGOs have lamented the EU’s overly restrictive approach to migration in Africa; what makes the picture even darker is that, even if the funded projects appear to be development-friendly, they eventually fail as they do not address – and may even aggravate – the key problem of aid fragmentation. The Migration Trust Fund risks reversing more than a decade of international donor commitments on aid effectiveness principles.


The case for an EU facilitator role

Instead, the EU has the potential to play a modest but crucial facilitator role. Essentially, this would require the EU to foster the factors that enable existing EU donor coordination between small groups of agencies, providing common goods and services without engaging in top-down (micro) management.

We found embryonic examples of this in the most promising coordination practices, where the EU (in)directly fostered small-group donor cooperation. For instance, the EU indirectly supports cooperation on food security in Niger between the Luxembourg (LuxDev), Swiss (SDC) and Danish development agencies, partly funded by the French (AFD) and German (KfW) development banks, through budget support conditionality. In Palestine, the EU facilitates European donor coordination, for instance in education and vocational training between Belgium, Ireland, Finland, Norway and Germany through joint communication and delegated cooperation. The Foreign Affairs Council has played a key role in providing political backing for the sensitive issue of social infrastructure investment in the Palestinian territories’ Area C, together with Denmark, France (AFD) and the UK. The 2015 Kinshasa workshop and task force on fragility illustrate the EU’s potential as a facilitator in forging joint analyses between European donors.

However, these are limited exceptions. When it comes to the EU’s facilitator role, there is much low-hanging fruit – but it is not being picked at present. Interestingly, in different countries and contexts, practitioners who take a leading role in bottom-up coordination initiatives refer to themselves as the three or four ‘musketeers’ as they apply the ‘all for one, one for all’ principle. The metaphor is apt: if you want to cooperate in fragile states, you need to trust each other, be courageous and be committed to working for the greater good. However, EU donor coordination should not depend on the presence (or absence) of committed individuals, and the EU can play a key role in facilitating existing practices.

What, then, are the common goods and services that the EU can provide as a facilitator of donor coordination in fragile states? First, it can support joint studies that benefit existing coordination practices. In addition to making use of the general analyses drafted in Brussels, practitioners would benefit from studies on specific topics (e.g. mapping). Moreover, given that many studies and audits are currently not available to the public or other donors, there should be open access to research funded from the public purse. In line with its research policy requirements (such as those applicable to its Horizon 2020 programme for research and innovation), the EU can promote an open information culture.

Second, the EU can facilitate joint communication on existing coordination schemes – even those in which it is not involved itself – thereby fostering much-needed visibility and public support for development policy. Rare and recent examples from our research are the joint videos promoted by the EU Office in Palestine on cooperation in the education and water sectors.

Aid in conflict areas: let’s break down the barriers between the sectors

Third, joint missions organized by the EU and involving practitioners are scarce and should be promoted at several stages of the project cycle. Our case study on a new agricultural programme in Palestine, which started with a joint Dutch-Swiss mission to Gaza, illustrates how joint missions can foster shared learning and spark new cooperation by small groups of like-minded agencies from which European initiatives can be built up incrementally.

Fourth, interviewees recognize that there is scope for improvement by sharing logistics and infrastructure. In none of the country studies could we find evidence of this already happening.

Fifth, joint training events would greatly benefit information exchange, avoid duplication and foster common approaches. Our research shows that information about joint training organized by the EU institutions rarely reaches practitioners outside the Brussels sphere. Training sessions in Brussels (e.g. at the European Security and Defence College) should be promoted Europe-wide and involve practitioners. At field level, some interviewees said that they had only heard about EU training on topics such as human rights mainstreaming by chance. What’s more, some practitioners were unaware of basic tools for European coordination such as Joint Programming. This clearly shows that there is a need for more (participatory) joint training.

Conceptually, facilitation embodies the EU’s other roles in development: as donor (the 1990s project, when the EU became a fully-fledged donor), as harmonizer (the 2000s project, when the EU opted to focus less on giving and more on coordinating) and as a political force (the project undertaken since 2010 to achieve foreign policy coherence). While the new European Consensus on Development reads like an inventory of ideas and has sparked little enthusiasm amongst the practitioners we interviewed, the facilitator role may be a more appealing narrative for EU development in the coming decades.

Such a facilitator role is desirable because it stimulates those factors which support successful EU donor coordination. It is also feasible because it does not require large budgets or high-level foreign policy tools. Instead of taking the long and difficult road from Joint Programming through Joint Strategies to Joint Implementation, a bottom-up focus on coordination initiatives that already exist and need more support may be a more promising avenue. This does not mean that the EU becomes less powerful; it would simply do more by doing less. Facilitating various functional, bottom-up clusters of cooperation that solve collective action problems is what the European leaders aimed to achieve in the 1950s and resonates with current pleas for a post-Brexit multi-speed Europe.

The views expressed in this blog are those of the authors only. They are based on a research report, commissioned by the Practitioners’ Network on European Development Cooperation, on “Exploring the potential for improving the existing European coordination mechanisms in fragile states” (Jan Orbie, Sarah Delputte, Yentyl Williams, Lies Steurs, Joren Verschaeve), involving a literature study and interviews at European headquarters and field level. Here you can find a synthesis and a video streaming of the main findings. 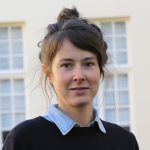 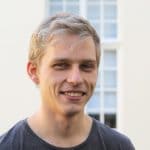