Industry’s share is about 15% of GDP, against 39% for agriculture and 46% for services. Industry is experiencing strong growth, in the region of 8.8% in 2015, but only employs 5% to 7% of a substantial labor force. Indeed, 80% of our 49 million active workers rely on agriculture.

Our aim is to increase industry’s share to 25% of GDP by 2025. The contribution made by factories currently stands at 5% of GDP, a share we want to bring to 15% in ten years. We are focusing on light manufacturing in order to process our raw materials from agriculture and livestock. Cereals, coffee, seeds, cotton, sugar cane, vegetables, cut flowers and livestock account for the bulk of our exports.

We are conducting a pilot program with UNIDO to build agri-food industrial parks in order to attract investments and continue our economic transformation, which has been massive over the last twelve years and has focused on light manufacturing.

Our objective is to become a middle-income country. We also wish to modernize our agriculture in order to move towards a commercial primary sector, with the potential to increase the farmers’ income.

Did you conduct prospective studies in order to prepare your industrialization policy?

Our long-term programs run until 2025. Our second growth and transformation plan, which was launched in 2015, gives priority to industry and urban development.

Many studies have been conducted, which convinced us to conduct a policy with a real impact. Ethiopia has become a pilot country at international level. We carry a double responsibility, towards our people and other African countries. Development is possible, even for a nation like ours, without substantial mineral resources.

Isn’t processing agricultural raw materials the key to all development, which African countries have known for decades?

The African population as a whole relies on agriculture for their livelihood. Africa exports considerable volumes of unprocessed raw materials, cocoa, coffee, etc. Agriculture is exposed to climate conditions and fluctuations in commodity prices on world markets. Our duty is to provide added value in order to reduce our populations’ vulnerability.

We need to invest on the basis of a clear program, with a vision, and attract investments in a well-prepared manner. Without a vision, we won’t be able to go through the successive stages of development. Africa no longer has a choice. We need to specialize in certain global value chains and think about selling in Africa’s regional trade, which is still underdeveloped. Trade between African countries accounts for about only 10% of foreign trade in Africa.

Are you willing to attract investors at all costs, with the risk of selling off your assets such as arable land?

The private sector has a key role to play. Whether national or foreign, all types of investors have their strengths and weaknesses. In the short term, Ethiopian companies do not have the technology or know-how to conquer international markets. They must consequently learn as a first step. It should be noted that certain sectors of our economy are reserved for nationals: banking, insurance, telecommunications and microfinance. The other sectors are open to foreign direct investment (FDI), which is experiencing strong growth – 24% a year on average.

No country can develop without FDI, within a clear regulatory framework which allows the invested capital to be protected and profits to be repatriated. Major groups are present, Castel and Heineken in the brewery sector, Turkish companies in the textile industry, others in energy, as well as 130 major companies in horticulture.

Controversies have erupted over land grabbing by foreign actors. What exactly is the situation?

This is a false problem! Land is a public good in Ethiopia and can be subject to concessions for clearly defined durations. It is set out in our Constitution. No one confiscates land in our country. However, due to political considerations or for other interests, members of the opposition, as well as NGOs, criticize these contracts as being land grabbing, whereas the State maintains its control.

Does Ethiopia, a landlocked country, depend on the economic dynamism of its neighbors?

We have our own policies which allow us to achieve sustained growth in a difficult region, the Horn of Africa. We are a stable country with a highly determined Government, which organizes transparent electoral processes, with zero tolerance for corruption.

All this has allowed us to develop our economy over the past ten years. We invest in railways, education, health and agriculture. Poverty reduction programs account for 70% of our expenditure. Our social objectives are sometimes more ambitious than the SDGs. All this has fostered interest by the private sector and international community.

A final point is that we do not consider ourselves as a landlocked, but a landlinked country. A railway line links Ethiopia to the port of Djibouti and land corridors are being developed towards Port Sudan and Mombasa in Kenya.

Is Ethiopia an isolated case in a troubled region?

No, we belong to regional blocs and we are concerned with resolving our neighbors’ conflicts. Moreover, we have contingents in AMISOM, the pan-African peacekeeping mission in Somalia. We position ourselves as a model with regard to our neighbors in order to address the tribal issue.

Does development require a strong State?

Development is based on three main pillars:

In Ethiopia, we are conducting a zero tolerance policy with regard to corruption at every level, even ministerial. Drastic measures have been taken and senior officials have been brought to justice.

Are you still experiencing some negative perceptions of Africa?

These perceptions do indeed persist, particularly about Ethiopia, which was severely affected by famine in the 1980s. It will take time to overcome this image, but we have already started to change it.

The perceptions that Africans may have of their partners are increasingly going to matter too. Many African countries are skeptical towards Europe, which absorbs our raw materials without investing in processing them on the spot. We need to develop a win-win partnership.

We too are faced with the global challenges of migration and terrorism. We are not looking for aid, but investments! Giving young people employment in our countries is a matter of urgency. These generations emigrate because they have no economic or political prospects. We need to work together to achieve Africa’s potential.

Read also on iD4D: “Financing sustainable development : The resources are already in the South”, by Yves Guicquéro, Head of Development Agenda and International Partners Division at AFD. 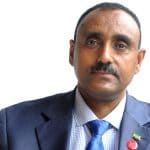