The emergence of new infectious agents causing epidemics affecting humans, animals and plants has significantly increased in recent decades. Not only is the number of epidemics constantly increasing, but their globalization has also become a notable trend. The far-reaching social and economic consequences of the health crises caused by these epidemics call for an assessment of the root causes in order to prevent them occurring again.

Causes of the increase in epidemics

The emergence and spread of epidemics always start with an initial transmission in a given socio-ecological context. This phase is followed by the spread of the disease due to the globalization of transport and trade. Yet this interdependence of the local and global levels is still not sufficiently taken into account in public policies. The causes of this sharp rise in epidemics are primarily linked to livestock farming and the conversion of forestland.

Figures from the United Nations Food and Agriculture Organization (FAO) show a significant increase in worldwide livestock and poultry production. The total biomass of livestock on the planet is now greater than that of all humans, while the total number of poultry exceeds that of all wild birds. The rise in the number of epidemics reported among humans since the early 1960s and among production animals (since 2000) is statistically correlated to an increase in the number of animals raised. The growing scale of livestock farming on the planet is increasing risks to human and animal health, while also threatening biodiversity.

The increase in epidemics caused by zoonotic or vector-borne diseases–such as malaria, leishmaniasis and Ebola–is occurring in the global context of forest cover change that began in the early 1990s. This change is primarily linked to the production of plant proteins needed for the growing livestock sectors and an increase in the production of other commercial crops (such as oil palm trees).

Zoonoses: placing animal health at the heart of development

Finally, the biodiversity crisis has brought with it losses in the ecosystem’s capacity to regulate the transmission of infectious agents. Deforestation and losses in biodiversity have resulted in the proliferation of reservoirs and vectors of these agents, and a lack of regulation of these populations by predators and competitors. Habitats with depleted biological diversity, reduced by agricultural intensification, lose their ecological resilience, their capacity to withstand climate variations, and their resilience to epidemics. As a result, epidemiological dynamics are growing, and epidemics are on the rise.

It has therefore become necessary to design ecologically functional landscapes that contribute to biodiversity, food security and the health of humans and their livestock and crop production.

The measures taken so far by various governments and international organizations have focused on predicting and preparing for epidemics, primarily by promoting monitoring and biosecurity activities. While we must not neglect these essential monitoring measures, there is a need to propose new goals for agricultural development and international trade that can meet the needs for food security, biodiversity conservation, and health.

The role of livestock in meeting human food needs must be reconsidered. Efforts to restore plant-based diets can become an essential public health objective, with the expected benefits of reducing cardio-vascular diseases and other diseases of civilization. Reduced-meat diets would have beneficial impacts for the environment, deforestation, and biodiversity, while also reducing the risks of zoonotic diseases. However, to be truly effective, this type of public health policy must go hand in hand with local development policies promoting multifunctional and diversified agricultural land, with a wealth of biodiversity and benefits for human well-being.

The emergence of diseases and epidemics are evidence of failures in socio-ecological systems. The One Health approach–initially led by WHO, FAO and OIE (World Organization for Animal Health), and overly focused on biomonitoring and biosecurity measures–expanded to include a fourth partner on November 12, 2020, with the addition of the United Nations Environment Programme (UNEP).

With the participation of UNEP, the health of ecosystems will be fully recognized for the foundational role it plays in human and animal health. However, the new One Health-Environment approach will require intersectoral dialogue and action in order to involve all areas of policy–agriculture, biodiversity conservation, development, public health, animal health, urbanization, economy and security.

Putting an end to epidemics: the crucial need for new broad-based expertise

Development policies for local agriculture, based on the concepts of agroecology and ecoforestry, must reassess global trade and its effects on the globalization of health crises. The deglobalization and relocalization of agricultural production in territories requires the implementation of international policies to support national policies. The post-2020 global diversity framework to be adopted at the UN Biodiversity Conference in 2021 in Kunming, China, will therefore be used to promote goals and commitments that link biodiversity with health.

This approach is characterized by new health-environment governance and will need to identify disciplinary and sectoral boundaries and the keys to decompartmentalizing them. The goal is to enable the development of collaborative policies, jointly designed by communities of citizens, scientists and administrations.

The traditional vision for “educating” citizens, communities, practitioners and policy makers must also change. It must come to encourage a shared understanding of the knowledge, representations and values of all those involved. The broad-based expertise will therefore need to integrate scientific knowledge as well as knowledge based on the experience of communities, and not be limited to that of public administrations. Our capacity to avoid future health crises caused by epidemics is dependent on this new approach that closely links health with the environment. 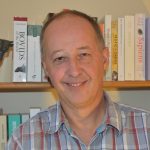