How can e-Health be defined?

E-Health refers to all the digital services used in health systems. E-Health consequently has a broad and even unlimited scope, as digital technology is found everywhere and is developing at an extremely rapid rate.

However, technological progress in recent years has contributed to opening up new horizons. The explosive growth of mobile healthcare and the market of connected objects have firstly increased the number of users and health information providers, which offers many prospects at both the micro level (self-assessment or “quantified self” factor), and macro level (“big data”). Finally, today, we also speak of “disruptive” technologies, as they can fundamentally change health systems with, in particular, the emergence of NBIC, the convergence of Nanotechnology, Biotechnology, Artificial Intelligence and Cognitive Science. Indeed, these technologies could shift health systems from a curative approach (treatment of diseases) to more preventive (prevent risks and adapt behavior) and predictive approaches (treatment adapted to the genetic predestination to contract certain diseases).

Has there been a significant development of e-Health?

In recent years, there has been an unprecedented development in e-Health. This sector is even considered as being one of the main drivers of digital technology, as there is a very strong demand for it. It is estimated that one search in twenty on Google concerns research about well-being and health. There has also been an increase in the number of mobile health applications (over 100,000 in 2013), and exponential growth in the health data exchanged. They are estimated to have doubled over the past 3 years.

Public authorities have taken up the issue in a number of countries. For example, a recent WHO study (“From Innovation to Implementation”) shows that 70% of European Union countries have a national e-Health strategy and related financing mechanisms. In France, for example, a number of programs have been launched in recent years, such as the “Hôpital Numérique” (digital hospital) and “Territoire de soins numérique” (digital healthcare territories). The market to computerize France’s health system could even reach EUR 4bn by 2020. However, the momentum is especially generated and driven by the private sector, with an impressive vitality in the world of start-ups and substantial investments made by the Internet giants (for the development of services, like Google with 23&Me, Apple with its Health Kit and IBM with Watson).

What are the challenges for health systems?

As in every area of activity, digital technology contributes to changing things, opening up new opportunities, while generating new risks and causing resistance and uncertainty. These phenomena are even greater when they concern health, the medical practice, and challenge a profession which is by nature highly regulated.

However, e-Health is undoubtedly a means with strong potential to reinforce health systems. First of all, in terms of quality, these new technologies improve the flow of information, which makes patient management more reliable and coordinated between health professionals (in particular for the issue of computerized medical records) and citizens’ behavior more informed (especially via prevention and self-assessment tools). Concerning access to healthcare, telemedicine makes it possible to redraw the health map, conduct a territorial rebalancing for areas with a low medical density, and facilitates the healthcare circuit for patients. This can also strengthen the management of the sector, via health monitoring and a more precise and immediate regulation of activities. Finally, the economic aspect is another key issue. For example, home-based management systems should limit the number of hospitalizations. This last point is all the more important in countries which are still very “hospital-focused” and characterized by their ageing populations and an increase in chronic diseases.

However, it is also clear that e-Health will have a deep transformational impact on health systems, which is still difficult to discern in all its forms. New balances will certainly need to be found: a new balance in the doctor-patient relationship, which will become less asymmetrical, a new balance between human and artificial intelligence in the medical practice, a new balance between the openness and protection of health data, a new balance between regulation and innovation… In this case, it is no longer simply a question of public health issues, but of society, and values which we want to preserve beyond technological progress.

Does e-Health concern all countries, even the least developed?

Yes, of course it does. It is in the interests of all countries to invest in e-Health, given its potential to reinforce health systems. Its interest is even greater in countries where there are tight budgetary constraints and the allocation of resources, especially medical resources, a major issue. Telemedicine, for example, even with limited digital infrastructure, could be one of the solutions to the vast medical deserts that exist in certain countries, such as in the Sahel region. The teleconsultation booths developed by H4D would, for example, seem to be an initiative worth following up on.

In this respect, we can see a marked dynamism in these areas of the world. For example, several African countries are currently deploying the open source health information system DHIS 2 nationwide (Burkina Faso, Ghana, Liberia, Rwanda, Tanzania, Nigeria…). The explosive growth of mobile phones also suggests that there may be interesting prospects and a possible technological leap. For example, a number of initiatives and applications are coming into being in Africa, such as Sunukaddu, to raise youth awareness of issues related to reproductive health, Medafrica, to help people find nearby health services, or check the availability of a drug, Pesinet, for remote monitoring, alerts and access to healthcare for children, and Matitabu, to diagnose malaria using an infrared sensor connected to a smartphone. We have also recently seen the first experiment in Africa of a delivery system for medical products by drones in Rwanda!

However, we must also be aware of the fact that there is still a considerable digital divide between the different areas of the world, which are experiencing difficulties in increasing their digital coverage and improving their connectivity. Some countries have also not yet made the changeover to computerizing administrations and services. It will consequently take time and substantial initial investments will be required. It will also be necessary to come up with specific economic models in order to scale up these initiatives and ensure they are sustainable.

For you, what is the key to the development of e-Health in a country?

I would say “change management”! Indeed, experience shows that projects will be doomed to fail, or will require considerable efforts to put right, if there is not the prior participation and support of users, first and foremost health professionals. E-Health requires participatory approaches, involving a wide range of actors, from health professionals, of course, to the public regulator, and including industries which design digital solutions.

The development of e-Health is a crosscutting process, which calls for a dialogue between a doctor and an IT engineer, between public authorities and the private sector, and in the private sector itself between the many activities involved in developing a given service (software companies, telecom operators, data hosting services…). The development prospects for e-Health in a country will therefore very much depend on its capacity to organize this multi-actor dialogue. 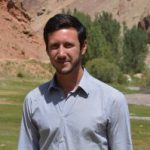