Her company AppsTech sells solutions for business applications in over 40 countries worldwide and she has some 70,000 followers on Twitter (@Africatechie). Rebecca Enonchong is one of the main voices for digital technologies in Africa. While the 3rd edition of the Vivatech will have a space dedicated to Africa for the first time, she takes stock of the digital transition in Africa. More than financial resources or the pursuit of networks, she advocates for unleashing inventiveness more and less bureaucracy.

If you had to define a top priority to bring about the digital transition in Africa, what would it be?

It would unquestionably be for this digital transition in Africa to be supported by a real will on the part of political leaders. The main obstacle to the digital revolution in Africa today comes from their reluctance. They need to stop fearing digital technologies. Today, this sector interests them, but they still see it as a potential factor for protest, an accelerator of revolutions, as was the case during the Arab Spring. Pedagogy is needed to convince leaders that this can especially bring development and help their populations. There is nothing to be feared about WhatsApp, Facebook and so on! Furthermore, technology and digital technologies are not confined to social networks and there is a real ignorance and misunderstanding of this industry by leaders. Take Uganda as an example: they have a developed ecosystem, ready to take off. But the new laws plan to tax blogs! Same in Tanzania. In 2018, simply expressing yourself is taxed!  We would not imagine these countries to be the most repressive and yet… So if I had a priority, it would be this: for leaders not to hinder the expansion of the digital economy.

It is often said that the obstacles are also physical, in terms of networks and IT equipment. Yet Deloitte anticipates that the number of smartphones will double between 2016 and 2020 to 660 million: a lack of networks or a caricatural vision?

Beyond the physical network, the problem is energy. We have daily power cuts. We have had four this afternoon, each lasting between 5 and 20 minutes. So, we need to find ways round this and solutions which use less energy. Yet tablets and smartphones consume less than computers. We are consequently not racing after energy consumption. Africa is mobile first and mobile only! Telephones are not the second tool after the computer, they are the only tool, including for work.

What about digital inequalities? Are they more territorial, generational, or about incomes?

Two types of inequalities coexist. Firstly, structural inequalities between cities and rural areas. The networks, the energy, firstly go to cities and there are huge differences in access rates. But in my opinion, the main inequality lies in the age pyramid more than in social classes. Young people from all social backgrounds invest a substantial part of their resources in digital technologies, unlike the other generations. One thing which we do not necessarily have in mind, seen from Europe, is that smartphones are cheaper in Africa and therefore accessible, including for the lower classes. The Chinese brand Tecno has created a smartphone exclusively for the African market, which is sold at between 25 and 30 euros. This explains why the craze has no social barriers. Finally, concerning the financing of this digital transition, seed funding is arriving today, whereas it was not at all developed just two years ago. We have more and more networks being set up everywhere, with some sixty networks of business angels fairly evenly divided across the continent. So, the inequalities are above all in terms of generational rather than social dynamics.

“Strong demand from people for access to broadband Internet”

Do you have an explanation to the differences in progress in the digital revolution of African countries? Is it a cultural difference?

There is clearly a huge gap between English-speaking and French-speaking countries in terms of digital technologies! It is said that a successful transition to the digital economy could bring about a 3% increase in GDP for countries and also save lives: it is in everyone’s interest that it takes place, but not everyone creates the means. Digital technologies need a favorable legal and fiscal environment. AppsTech started in the USA and we rapidly opened subsidiaries in other countries, which allowed us to make comparisons. When we came to Africa, there was not a priori a huge difference in standards and direct taxation between English-speaking and French-speaking countries. In reality, the French-speaking countries have a raft of underlying hidden taxes which really hinder development.

Yet digital enterprises need to go faster and need strong support at start-up. French-speaking countries do the exact opposite. Few examples: in Cameroon, they wanted to simplify procedures for setting up a company, which was well-intentioned. But Kafkaesque aberrations remain, such as the fact that to open a bank account in Cameroon, you need a document from the tax office, which itself requires having… a lease!Yet start-ups begin in incubators where they do not pay any rent. In short: if you have a start-up, the State obliges you to go and rent premises by the year, just to have banking documents! It is utter madness. It is the same for your company statutes: you can create your own , but a notary has to validate them. This type of expenditure does not exist anywhere else. In the USA, I set up a company online in five minutes, with all the official documents! French-speaking countries need to understand that they are putting a millstone around their own necks in the race for innovation.

“Strong demand from people for access to broadband Internet”

To end on an optimistic note: in which sectors is this revolution already underway?

Everywhere! But mainly in health, education and agriculture, as well as in the governance sector. In the health sector, the fact that a doctor can treat more people via telemedicine is a huge stride forward for territories where there are few healthcare facilities. Beyond this, in Cameroon, we have had Arthur Zang, the inventor of the CardioPad, a machine to diagnose heart diseases. In Kenya, the development of online consultations has reached unprecedented levels.

In agriculture, the Ghanaian start-up Agrocenta won this year’s Seedstars World challenge and received 500,000 dollars to develop a platform to buy, sell and get information about agricultural production  thanks to mobile money. It increases farmers’ incomes, reduces unsold goods and waste, and therefore fights hunger.

In the education field, I will mention Eneza, a start-up based in Kenya which has 3 million users. It involves a mini-mentorship used by students, who can ask questions and receive answers in real time. In the same vein, Tuteria in Nigeria has won the World Academy award (Editor’s Note: also the winner of the 2nd edition of AFD’s Digital Africa competition). All these international awards prove that Africa can take its full place in the race for innovation.

Finally, digital technologies will have a revolutionary impact on public governance. More and more governments and States are using mobile money for their public services: in half of African countries, you can pay your tax and contributions online. This greatly reduces corruption and also considerably brings down the costs of collecting contributions. Everybody gains and it is an extremely rapid digital revolution. 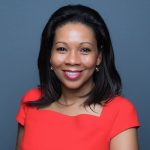