Director of the Non-Communicable Diseases in Conflict Program at the Harvard Humanitarian Initiative.

In 2019, forced migration reached a record level with 70.8 million displaced people. It should also be noted, however, that 100 million people were affected by conflicts without being displaced and 175 million affected by natural disasters.

85% of the people affected by these humanitarian crises live in low- and middle-income countries. These countries, weakened by such crises, also face the biggest challenge regarding non-communicable diseases (NCDs), including diabetes, which is responsible for nearly three-quarters of global deaths. Populations are particularly vulnerable due to the disruption of health services, poor food supplies and drug shortages. Difficulties accessing care can lead to serious complications and even death.

With some 500 million people affected, 80% of whom live in low- and middle-income countries, diabetes represents a serious epidemiological issue in the majority of countries affected by humanitarian crises.

In a crisis context, the majority of people have extremely limited access to resources. The complications of diabetes – such as blindness, amputations, kidney failure or cardiovascular events – are a heavy burden on individuals and their families, as well as on the health systems that must manage them. These factors combine with the stress and psychosocial challenges associated with the crisis to cause additional suffering for people with diabetes.

The current crisis linked to the Coronavirus epidemic clearly illustrates this. This raises two issues for people with diabetes: the need for better management to avoid excess patient mortality and the logistical challenge of ensuring a continuous supply of treatment (especially insulin) in confined areas.

Why emergency diabetes care should be prioritized in humanitarian crises

For 20-30% of people with diabetes, having constant access to insulin is a vital necessity! This very urgently concerns all people with type 1 diabetes which is an autoimmune disease that causes the pancreas to stop producing insulin, the hormone that regulates blood sugar levels. Patients must therefore inject insulin several times a day to regulate their blood sugar levels. Without these daily injections, the patient can quickly fall into a coma and even die within a few days. For people living with type 2 diabetes, insulin is needed in the later stages of the disease to prevent serious complications such as blindness or kidney failure. It is therefore imperative to have a constant supply during and after a crisis.

In addition to insulin, a continuous supply of oral antidiabetic drugs (pills) and diagnostic equipment (blood glucose meters and laboratory tests) and access to health professionals trained in the management of diabetes and its complications are essential. Diabetes self-management education, access to healthy food and exercise are also important to prevent the development of complications of the disease.

What is the international response today to the challenge of diabetes?

The priority given to the management of NCDs in crisis contexts is mentioned in the Political Declaration of the Third High-Level Meeting of the United Nations General Assembly on the Prevention and Control of NCDs in 2018 and in the World Health Organization (WHO) Global Plan of Action for the Prevention and Control of NCDs 2013-2020. An international expert meeting in 2017 also resulted in a declaration on the management of diabetes in refugee populations: The Dead Sea Declaration and Call to Action on Refugees and Diabetes

Despite these initial efforts, diabetes care is still largely neglected in crisis contexts. This is due to the complexity of the choices faced by health care providers. It can also be attributed to resource allocation and the frequent prioritization of communicable diseases.

“Access to healthcare can be an accelerator of sustainable development”

Also worth mentioning is the lack of data on effective responses and management of NCDs during crises. This is partly because the diversity of humanitarian contexts leads to different needs among patients. For example, internally displaced persons who still have access to the health system do not have the same needs as refugees in camps with minimal care. On the other hand, people living in conflict zones often have no access to health care.

The example of NGOs in West Africa and the Middle East

The first humanitarian response specifically targeting people with diabetes was implemented in Mali in 2012 by French NGO Santé Diabète. According to the case analysis published in the journal Conflict and Health, this experience showed that it was possible to:

In recent years, Médecins Sans Frontières (MSF) has also coordinated global responses to diabetes in the Middle East (Syria, Iraq and Lebanon), as well as in Africa (Sudan, Congo) to support people with type 1 diabetes. At an international level, WHO has developed and validated the first inter-agency emergency health kits for NCDs, inspired by the diabetes kits created by Santé Diabète during the crisis in Mali. Such kits are now being used by WHO and humanitarian actors in crisis-affected countries such as Yemen.

The Boston Declaration, signed by 64 signatories from more than 40 organizations and published in The Lancet Diabetes & Endocrinology in April 2019, sets four goals to be achieved by 2022. This includes ensuring universal access to insulin and other essential medicines and diagnostics to monitor blood sugar and blood pressure during humanitarian crises. It also aims to develop common clinical and operational guidelines for diabetes care in humanitarian crises and to strengthen and coordinate data and surveillance.

To ensure universal access to insulin, the first step is to accompany the insulin prequalification program, a service provided by WHO to assess the quality, safety and efficacy of medical products, launched in November 2019. Today, the global insulin market is dominated by just three manufacturers who set prices that are prohibitively high for many individuals and countries. This program will facilitate access to treatment by increasing the quantity of quality products registered in the international market, thus providing countries and patients with insulin available at lower prices.

The second key step will take place in 2021, the year of celebration of the discovery of insulin. It will consist in supporting the adoption of the WHA74 resolution by Member States at the World Health Assembly. The States will commit to ensuring universal access to insulin for all patients who need it, including those facing a humanitarian crisis.

The success of the pre-qualification program and the adoption of a high-level resolution by the Member States will then make it possible to:

To face the challenge of universal access to insulin, in particular in the context of humanitarian crises, the coalition of international actors, set up in 2019, needs to arrive at a consensus as soon as possible on the principal measures to put in place. This consensus will then be used to push Member States to discuss and draft a resolution to be submitted to the World Health Assembly.

If this resolution is adopted, the coalition must then develop advocacy actions to make sure it is implemented by states and international organizations and ensure that every patient with diabetes has access to this vital medicine. 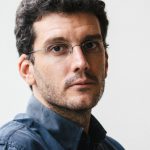 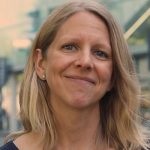 Director of the Non-Communicable Diseases in Conflict Program at the Harvard Humanitarian Initiative.