Does Africa hold the key to a future which is yet to be invented? In 2016, the Senegalese economist and writer Felwine Sarr has written the essay Afrotopia (published by Jimsaan/Philippe Rey), which breaks with the “post-colonial” school of thought. He advocates for a new approach to what would not necessarily be called “development”, but rather “well-being” or “living well”.

Is Senegal destined to remain a developing country?

It is indeed, and this has been the case for 56 years! There are no words to replace this term “development”, even when it becomes less relevant, whereas it does not mean very much. “Emergence” is thought to be a good alternative to the term, but it turns out to be worse, as it refers to a lower stage of development – the take-off phase where you start pulling through.

We have fallen behind in terms of giving a name to a reality which is currently happening. We do not have the words to give a name to our own societal projects. Professor Mamoussé Diagne l wrote an article to question the way in which we say development in Wolof. Yet the expression does not exist in Senegal’s national language… How can people be mobilized around a notion which does not find an echo in a certain linguistic and mental universe?

Development is a portmanteau word in which all the virtuous aspirations of humanity are placed. This concept, as it came about, has become ideological and can be criticized for many reasons: it implies that developing countries are lagging behind developed countries, and that there is a mimicry, a path already set out, which is not a panacea. The aspirations to well-being may be universal, but peoples can have different responses to them. Development is simply a form. Considering this objective as an absolute is the great trap which we need to get out of.

Because everything which comes out of criteria for measuring development in the traditional sense is not given a name and is therefore masked. The forms of relational economy which may prevail in Africa, with cultural systems for the allocation and redistribution of resources, do not exist in terms of studies and statistics.

In Senegal, for example, you will find Wari branches everywhere to make remittances, which shows that the redistribution works within the social framework, to allow members of the extended family to buy medicines or enroll children at school. Not including these practices in the way in which we assess the economy is a serious mistake, as reality goes beyond the categories of classical economics.

Africa must reappropriate the capacity to name its own projects. Many concepts in Wolof – with the word noflay for example – mean “well-being”. In Latin America, the notion of “living well” encompasses economic, social and ecological dimensions. What is a good life? In our cultures, there are sufficient concepts to define the aspirations of a group – as well-being is at the same time cultural, philosophical and moral. It is a question of moving towards integral human development in all its forms.

Is the informal dimension of African economies too often overlooked in development plans?

Here again, there is a problem of terminology: the popular economy, under the term of the “informal sector”, is defined negatively compared to the “formal” economy. It is as if the informal sector should become formal. Instead of examining this economy for what it is, we are constantly taking it for what it should have been.

So, do you recommend a different outook on the development of Africa?

Yes I do, in order to observe the reality as it is taking place, without prescribing concepts telling us what it should be. Since the 1950s, including in Europe, work has been conducted on deconstructing the very idea of development – a Western belief – by Cornelius Castoriadis, the French sociologist Edgar Morin, as well as the Graduate Institute of International and Development Studies in Switzerland, whose researchers have worked on “post-development” and “p-development”.

Institutions such as the World Bank and IMF base their analyses on dominant classical economics – the orthodoxy of growth, for example. There is much debate among economists about the costs of this growth, which is not necessarily a panacea.

Economics is a science of means and not of objectives: it focuses on what can be done and not on what must be done. Classical economics has become dominant, tyrannical, and has moved outside its initial space. It goes beyond the justification for capitalism. By way of comparison, doctors can clone genomes, but it is not up to them to clone human beings! The same holds true for economics: we can do certain things, but must we do them? How to build up wealth, how to distribute the rent, what do we do? It is the cultural aspect which must dictate the trade-offs. Economics must be placed under house arrest!

Why do you say “cultural” and not “political”?

The political economy must be linked to the social economy. Politics fits in with culture. An economy cannot drift with no direction, nor only have the objective of producing. An example: at Sandaga Market, in Dakar, on a symbolic level, haggling means that the discussion is more important than the transaction. The price can change depending on the way in which the discussion turns – “Your name is Thiam, you are my slave”, you can hear a trader say. “Where do you come from? Ah, I’ve also got family there…”. The connection is confirmed.

Is this recognized in economics?

Ongoing debates touch upon this area of research. Some call for economics to once again be entrenched in culture. Authors are working on economic psychology or sociology. In Africa, goods have circulated for centuries depending on family and social ties.

My mother, a housewife, should arguably not be classified as being “unemployed” or “poor”, because she has income and savings, simply due to the fact that she belongs to several networks: the family, the tontine, the neighborhood, etc. She is identified among those who have less than 1 dollar a day because they do not have a pay slip, but she contributes to an entire economy which does not fall within classical categories.

Yes it is, and more and more so. These flows are documented and show that the African continent is a net creditor, and not a debtor, despite appearances. Africa, which we think has received a great deal of assistance, is, however, failing to take off…

If we take into account the repatriated profits of multinational companies, tax evasion and illicit financial flows, we see that the continent is “sinking” everywhere. A Burundian researcher, Léonce Ndukimana, a former executive at the African Development Bank (AfDB), has published, with one of his colleagues, James K. Boyce, Professor of Economics at the University of Massachusetts, a book about Africa’s Odious Debts: How Foreign Loans and Capital Flight Bled a Continent (Amalion Publishing, 2012) . He puts forward absolutely indecent figures on the illicit financial flows which leave the continent: USD 735bn (USD 944bn with the interest) between 1970 and 2008, i.e. more than development assistance over this entire period.

It is not a question of denying poverty, for example, but of saying that conceptual categories are deficient and do not grasp the reality in its complexity. We can question how unemployment is measured in African countries. Not having formal employment does not mean that people are inactive! Furthermore, no one agrees over the unemployment rate in Senegal, which is estimated to be in the region of 30%. Some people think that it is necessary to take self-employment into account, others the informal sector, etc. This is why it is necessary to define indicators that are more suited to the social realities of the African continent, able to take into account a subjective well-being which is also based on intangible data. 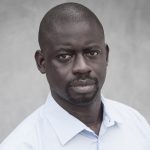