The energy issue is a matter of interest for researchers and development actors in several respects. Firstly, the catching up of emerging and poor countries with rich countries requires strong growth in energy consumption. Secondly, while it is mainly fossil-based, this increase in consumption can only aggravate climate change, the main victims of which will mostly be in developing countries. Thirdly, at the same time, a large proportion of these countries have a significant capacity for the exploitation of renewable energies, particularly for solar power. Finally, a substantial number of least developed economies derive, to a greater or lesser extent, part of their revenues from their reserves of fossil fuel resources. Consequently, the ecological transition can potentially constitute a vicious circle for many countries. In order to meet the challenges of both the climate and economic development, let us create the economic incentives required to develop technologies that will allow a real energy transition.

Today, the developing world accounts for just under half of world Gross Domestic Product (in purchasing power parity) and absorbs half of the energy consumed. In Southern countries, average energy efficiency is slightly lower than in the developed Northern countries. Yet there is only a slight difference. By contrast, as the per capita product is five times lower and the population six times higher in the South than in the North, any prospect of catching up, even partial, in terms of standard of living necessarily leads to enormous additional energy demand. Indeed, during the first decade of this millennium, growth in energy demand in the least developed countries accounted for 90% of the growth in global energy consumption.

It is important to note that this trend is mainly due to the economic growth differential. In both regions, energy efficiency has increased at a significant and similar pace, slowing down growth in energy demand compared to GDP growth. All in all, this demand has increased by 5% over the decade in advanced countries, but by 60% in the developing world, due to much more rapid economic growth. With the same technological development, the latter figure will probably be lower in the future due to the likelihood of a slowdown in growth with the Southern giants (China, India, Indonesia) compared to the last decade. However, the fact remains that the marginal increase in energy consumption will continue to take place in developing countries for a long time.

With a constant relative structure of energy sources, such growth is clearly incompatible with the objectives of reducing greenhouse gas emissions. According to the latest IPCC report, maintaining global warming below 2 degrees Celsius by 2050 would require reducing emissions by 40% to 70%. As developing countries would be more directly affected by the warming, and as the target reduction in emissions cannot only focus on advanced economies – which should then practically eliminate all emissions over the next three decades – the developing world is caught up in a vicious circle. Its objective of economic growth is countered by the impacts that it can have on its environment via energy consumption and greenhouse gas emissions.

This trade-off is, of course, not necessarily required in small or medium-sized countries, as their decisions do not have a great impact on global greenhouse gas emissions. But it is indeed here that part of the problem lies, and hence the need for a binding international framework in order to avoid this “free rider” behavior (willing to make the trip but without contributing to the cost).

Technologies: keys to the energy transition

Consequently, a radical turnaround is required, firstly, for energy efficiency and, secondly, for renewable energy development. There has been progress on the first front, but it remains relatively modest, since the annual global decrease in energy consumption per euro of GDP is only 1.5%. By contrast, the trend is scarcely noticeable on the second front. There has been little change in the share of fossil-based power generation over the last two decades either worldwide or, on average, in developed countries. Renewable energies, excluding hydropower, have grown steadily but, at 5% of total energy consumption, they still remain very modest today. In fact, their development offsets a slight decrease in nuclear energy and hydropower.

Consequently, efforts must clearly focus on developing renewable energies and it is crucial for this to take place in both the North and South. The technical progress required for the replacement of fossil fuels to gain momentum remains slow. As concerns solar power, it is worth noting that beyond a certain point, new technologies should give a real comparative advantage to a large number of developing countries that are geographically well situated. This should make it easier to meet energy needs related to their growth without damaging the environment, but also, possibly, to redefine their specialization in the global economy.

At the same time, any significant progress with renewable energies will reduce demand for fossil fuels and is therefore likely to handicap a number of developing countries that are highly dependent on them. A second vicious circle thus appears for developing countries that have fossil resources. We are already seeing the effects of the fall in oil prices and the agitation that it is beginning to provoke, especially in countries where oil exploitation is costly. When the time comes, it will be necessary to find ways for the energy transition and trend in the global economy to maintain the incomes of oil, gas and coal exporters.

Consequently, it is effectively urgent to develop technologies that will bring about a real energy transition. This is the major challenge of our time. We must, of course, welcome the fact that the global community is beginning to measure the scope of this. In this respect, there is something symbolic in the likely extension of the Millennium Development Goals with the Sustainable Development Goals from 2016 onwards. However, it is not sure that all the economic incentives required to accelerate the decisive technological progress we need have already been brought together by the international community. 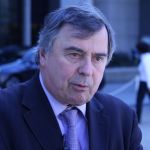