And what if the “Great Green Wall” (GGW) were a chain of nonpolluting, green cities contributing to the physical, emotional, social and economic well-being of their residents, with each city being like a link in the chain. Among the various potential levers in support of this ambitious project, we believe that urban agriculture is key.

This flagship initiative from the African Union aims to fight the effects of climate change and desertification across the continent and transform the lives of millions, by creating a mosaic of green, productive ecosystems in North Africa, the Sahel and the Horn of Africa. It was initially designed as a long, 15 km-wide corridor, stretching 7,800 km across the entire African continent through 11 countries, connecting Dakar (Senegal) to Djibouti. This would represent a surface area of approximately 117,000 km2, or 11.7 million hectares.

Urban agriculture can be defined as any agricultural activity carried out in an urban environment. It is also known as “interstitial agriculture”, as it aims to add value to urban interstices. Talking about agriculture in cities may seem like a paradox. But to better understand the duality at play, it’s important to understand that agriculture is not limited to fields or huge stretches of crops.

According to the FAO, “urban and peri-urban agriculture (UPA) is practiced worldwide, within the administrative boundaries of cities or in the surrounding areas. It covers products of agriculture, farming, fishing and forestry, as well as their ecological functions. Often, multiple agricultural and horticultural systems are already in place in cities and nearby.”

Urban farming contributes to shaping green cities, as it offers potential for carbon capture. It also represents an opportunity to reuse waste produced by livestock, as natural fertilizer and manure. Lastly, it also presents a way to recycle biodegradable household waste as compost and fertilizer.

Desertification and the remains of Ouagadougou’s first green belt

The green belt in Ouagadougou, capital of Burkina Faso, is a practical example of how urban agriculture can be leveraged as part of a regreening strategy. It was established in 1976, covering a surface area of 1,032 ha and stretching 21 km long, with an average width of 500 m.

When created, the aim was for it to protect the city from the effects of wind and dust and bring wind and water erosion under control. It was also designed to produce firewood and create jobs and income through agroforestry. Lastly, according to its backers, the project would offer areas for leisure and relaxation for local residents.

Unfortunately, nowadays, only vestiges of the vegetation remain.

Bringing the green belt back to life

Ouagadougou city council recently launched a reforestation program for the green belt, as part of an urban agroforestry approach. This involves officially reinstating the vegetable farmers that were illegally occupying this space. They have been charged with the upkeep of trees planted to reforest the green belt and making sure they survive. This allows cultivation, vegetable farming and forestry to thrive together, each ensuring the continuity of the other.

Urban agriculture creates revenue through green jobs: activities such as crop farming, nurseries and vegetable cultivation yield produce for the market, which generates income when sold. In the same way, certain kinds of urban farming, such as ornamental horticulture in green spaces or public parks, represent both aesthetic value for the urban landscape and economic value. It is also worth noting that these farmers use natural fertilizers made from biodegradable waste in running their site.

The many advantages of urban agriculture

We should also add that urban farming contributes to rainwater, sewage and wastewater management by creating permeable ground. This is a key issue. In urban environments, asphalt, waterproof surfaces and building foundations cause a large amount of the ground to be impermeable. This means that a great deal of rainwater is lost. When water cannot seep into the ground, it causes runoff and erosion, or even devastating floods when not appropriately channeled and drained. With a suitable irrigation system, urban agriculture allows this water to be correctly funneled.

Urban farming also encourages urban mobility by promoting more active, greener modes of transport. It’s more pleasant to walk when your route is shaded by trees. Planting lines of trees provides vegetation along the sides of paths, lanes and roads. This approach provides a network of greenery that’s almost equal to the network of highways.

Urban farming is easy to implement at a variety of levels. On the city level, it can be developed in green spaces, public parks and wooded areas. On an individual level, it can be put into practice in housing plots, shop windows, gardens, balconies, and even inside people’s houses.

Many different cultivation techniques exist, making this practice even more adaptable: hanging gardens, hydroponics, rooftop gardens and aquaculture are just a few innovations that mean plants can be grown on any kind of foundation. Choose between the walls, ground, ceiling and furniture as potential homes for greenery, simply awaiting some creative thinking.

Dangers and risks of urban agriculture

Despite all these advantages, it’s important to note that urban farming presents certain risks. Such risks come from the practices used and urban context of this activity. One of the main potential problems relates to the use of land.

Given that urban environments are already densely occupied, good development and quality space management is required. If not kept under control, urban agriculture will enter into competition with urban infrastructure for land use. This anarchic occupation of urban space has already been observed with the situation of the reservoir beds in Ouagadougou, silted up and taken over by farmers and nursery owners.

Subsequently, poor agricultural practices may be the source of decreasing soil quality and present a genuine risk of pollution. Chemicals used by producers pollute the soil and make it infertile over time. They also contaminate surface water and groundwater. Natural fertilizers are not yet used systematically in Burkina Faso and good practices still need to become more widespread.

The challenge of social approval for urban agriculture

The role of urban farming has been disputed multiple times over the past few years, in the Ouagadougou town planning documents. Sometimes rejected, sometimes tolerated, it was finally recognized as an important approach in the “Grand Ouaga Horizon 2025” development master plan, through vegetable farming and horticulture for ecotourism.

However, it is not enough for urban agriculture to be “technically” accepted to make it operational. Most residents are not familiar with it. This means that “social” acceptance of urban farming is hindered by the dangers and risks mentioned above, as well as the lack of knowledge regarding its fields of application. Social media have an important role to play in this area, and are used by actors in the sector to raise their profile as widely as possible, with offers for products and even training courses. The public sector is also active in this department, with certain government bodies launching courses and trade fairs to empower citizens.

A future juxtaposition of green territories?

Urban agriculture would appear to be a powerful lever for green cities, and could represent the first phase of Africa’s Great Green Wall. But we must not forget about rural areas and the outskirts between cities and villages. They are also ripe with potential for peri-urban crops.

Juxtaposing green cities, peri-urban crops and ecovillages could create a “mosaic of green, productive ecosystems”, helping to build the Great Green Wall of the future. 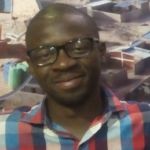