Facebook Twitter Link
Copied to clipboard
Deforestation in a forest on the island of Borneo in Indonesia, February 23, 2014 (Photo by Baie ISMOYO / AFP)

Eating a piece of chocolate seems harmless enough, yet it could be a source of significant damage elsewhere in the world. To meet growing demand for cocoa, tropical forests in West Africa are slowly disappearing to make room for cocoa plantations, and the world’s growing appetite for agricultural products is driving human and environmental ills: the loss of natural areas, dispossession of indigenous minorities, pollution, and higher carbon emissions.

The United Nations Food and Agriculture Organization (FAO) estimates a net loss of 178 million hectares of forest since 1990. Although the pace of deforestation slowed over the 1990-2000 period, 10 million hectares of forest were lost each year between 2015 and 2020. This trend threatens many plant and animal species and has a major negative impact on the fight against global warming. “Forest biodiversity continues to face challenges today, through overexploitation but above all through agricultural expansion – the main driver of deforestation and forest fragmentation – and the associated loss of forest biodiversity,” according to the authors of this report. The tropical forests of the Amazon, Indonesia, and Congo Basin have been hardest hit.

Although it is far from the plantations in question, the European Union (EU) bears its share of responsibility. It imports and consumes over one third (36% to be exact) of the agricultural and livestock products that have caused deforestation in the producer countries, which represents 10% of global deforestation driven by agriculture. This share places the EU way ahead of the United States, Japan, and China, according to a study commissioned by the European Commission in 2013. The EU’s number one source of imported deforestation is soybeans produced in Brazil and massively imported to Europe to feed livestock. How can this trend be stopped?

The solutions are complex, difficult to implement, and can lead to devastating adverse effects. In 2006, a moratorium was imposed on soybean production in the Brazilian Amazon rainforest, where it was the cause of about 30% of deforestation. Initially signed by the Brazilian government, NGOs, and soy industry stakeholders, it was later extended before becoming permanent. This tripartite agreement closed the door on commercial opportunities for those soybean producers who contribute to deforestation.

Was it successful? Yes, in the sense that deforestation for soy in the Amazon rainforest dropped to only 1%. However, this success must be put into perspective. Intensive soybean farming moved to another natural area that had previously been spared: the Cerrado, a tree-filled savanna east of the Amazon rainforest covering 20% of Brazil and home to 5% of the world’s biodiversity. In just a few years, the expansion of farming was causing major damage there.

In light of alarming findings from NGOs and researchers, over the past decade, the importing countries have made commitments in the form of joint declarations targeting “zero deforestation” by 2030. In 2018, France adopted a National Strategy Against Imported Deforestation (SNDI), which pledges to stop importing forest and agricultural products contributing to deforestation by 2030: cocoa, hevea rubber, soybeans, palm oil, wood and wood by-products, and beef and beef products. Germany is working on a similar plan, while the United Kingdom is preparing a law to prohibit illegal imported deforestation.

For the time being, these initiatives are not binding and rely on voluntary commitments from stakeholders in the various agricultural industries, private companies, and producers. “Implementing the SNDI is complex due to the many stakeholders and industries involved. So far, there has been no consensus on the preferred scenario,” explains agronomist Adrien Teste, who conducted a one-year study on the implementation of this plan for CIRAD, the French agricultural research center for international development.

The solutions being seriously considered include the creation of a “meta-label” based on existing certification systems (including FSC and PEFC labels) to guarantee “zero deforestation” production, or the introduction of a differentiated taxation system.

“There is no magic solution! We have to combine different types of levers. Commitments from companies are important, and they can be backed up by penalties on goods for which no evidence can be provided of production without deforestation,”  says Alain Karsenty, an economist with CIRAD and an expert in forest taxation and policies for reducing deforestation. “In importing countries, incentive systems based on differentiated customs tariffs can also be introduced.  Switzerland did this recently in an agreement with Indonesia on customs tariffs for palm oil. Until now, this type of oil had been heavily taxed. Switzerland will now grant tax reductions for certified production, with a guaranteed traceability system,” he adds. Since customs policy is an exclusive competence of the European Union, any changes in this area will require significant coordination efforts.

Solutions to be found hand in hand with producer countries

Discussions are also underway with producer countries, where bonus/penalty systems and differentiated forest taxes are being considered, with the goal of encouraging concessionaires to improve their practices. “In mid-2020, Gabon introduced three levels for its land tax. The tax was doubled for uncertified concessions, moderately increased for concessions that could certify their legality, and decreased for concessions that hold an FSC or PEFC label for responsible forest management,” Alain Karsenty explains.

He believes that is important that tax revenues from the producer countries and importing countries be reinvested in the source countries to support small producers. “This will necessarily require an increase in ecological practices for agriculture and livestock farming. Producers must receive training, better seeds, and adopt agroecological practices that will enable them to produce more without having to consume additional ecosystems,” Alain Karsenty says.

Implementing these measures is a complex task, especially when it comes to preventing any indirect negative impacts caused by “zero deforestation” production. “For example, the price of palm oil has just risen to nearly $1,000 per ton, a level not reached since 2012,” Alain Karsenty observes. “Farmers growing rice or corn will likely decide to convert their fields into palm oil farms. They will not clear forests, but if demand for corn remains stable, corn will be grown elsewhere, perhaps in forests.” This type of consequence, an indirect change in land use, is not currently taken into account when it comes to imported deforestation.

In light of delays in implementing the SNDI, NGOs have expressed their disapproval of this disconnect between the pace of change and the urgency of the climate situation. They are demanding binding mechanisms, specific intermediate targets before 2030, or even an outright ban on products linked to deforestation.

“We believe that the current certification systems cannot guarantee that no deforestation is taking place. There is a lack of transparency, traceability, and data. So far, voluntary commitments have not produced any results,” says Cécile Leuba, head of the forest campaign for Greenpeace France. “There is also a risk of market segmentation,” she continues. “Some labels allow producers to certify a plantation for the European market, while continuing to engage in deforestation for crops intended for other markets.” At the global scale, this does not solve anything! At some point, we will also need to seriously address the volume issue. We cannot produce in a way that is both sustainable and exponential. Our planet has limits that we cannot cross…”

The hopes of global stakeholders are now focused on the World Conservation Congress to be held in Marseille in September 2021, organized by the International Union for Conservation of Nature. Several “imported deforestation” motions will be discussed at the congress. This agenda of discussions should coincide with that of the European Commission, which is set to introduce a text outlining its new strategy in this area this summer, with a view to adopting legislation in 2022. In the meantime, deforestation is continuing at a staggering pace. In April 2021, land clearance in the Amazon was 42% higher than that recorded in April 2020, according to a study from Brazil’s National Institute for Space Research (INPE). This level is already a 12-year high. 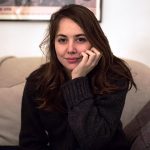