Head of the Ground Systems Engineering and Innovation Department at ESA

Last October, a decommissioned Russian satellite and a fragment of a Chinese rocket almost hit each other. There is a growing risk of collisions in space. For what reasons?

Space is increasingly cluttered with what we call “space debris”. They are man-made objects launched into space which, over time, disintegrate and form debris. They may be remains of satellites, pieces of launchers or fragments from a collision between two larger objects. The problem is that we are seeing an exponential proliferation of this debris in space. It is what we call the “Kessler Syndrome”, after the astrophysicist who theorized this phenomenon. Two pieces of debris that collide cause a profusion of debris which, in turn, will bring about new collisions.

In what way is this proliferation a threat?

We are not threatened by space debris on Earth. Sometimes, a part of a rocket or tank is not completely consumed in the atmosphere and descends, but it is very rare and when it happens, the debris generally falls into the ocean or desert. The threat concerns rather the services we use through satellites (observation, weather services, telephone services, banking services) which may be damaged. Even small debris can cause substantial damage. If you imagine a small ball weighing 50 grams travelling at a speed of 10 km per second. On impact, it will have the same effect as a bus driving at 50 km an hour! It could destroy a satellite. In the longer term, this debris poses a threat to the use of space in the future.

Can space pollution be compared to the pollution of natural environments on Earth?

Yes, space can be considered as a natural resource that needs to be protected. As long as Earth’s orbit is not cluttered, it can be used by humans. But if the orbit becomes saturated with objects, it could compromise its use by humans. This is what the film Gravity brilliantly shows. The launch of a satellite into orbit is an operation that can cost up to several hundred millions of euros and any damage to the equipment is comparable to pollution. It is like a beach overrun with waste or contaminated by oil, you cannot take advantage of it any more. Except it is much more difficult and expensive to clean an orbit than a coast. It is essential to sustainably manage space and keep it clean.

What measures are taken to prevent collisions?

To reduce the risk of collision, we use catalogues which allow us to identify the debris and know its exact position at all times. When we identify a risk, we conduct avoidance maneuvers. This happens several times a month. We work closely with the US space surveillance network which provides us with its catalogue. At the same time, we develop means of detection and tracking on European soil. We also develop automation and artificial intelligence techniques that should allow satellites to define their avoidance strategy autonomously. But efforts still need to be made to give Europe a real strategic autonomy in detecting space debris.

In terms of prevention, the United Nations has issued international recommendations to limit the proliferation of debris. Satellites now have a maximum lifespan of 25 years, after which they must be destroyed in the Earth’s atmosphere or retired in a “parking” orbit. These rules are not binding, but it seems to me that they are respected today.

Can we clean up space?

To a certain extent, the answer is yes. Since 2017, we have been working on a pilot project that should make it possible to dock a rocket part and force its descent back down to Earth. It’s a first! The Swiss company ClearSpace, at the head of a European consortium, is working on a prototype: the Adrios (Active Debris Removal/In-Orbit Servicing) satellite. If all goes as planned, Adrios will be launched in 2025. Its mission, which will last several days, will be to dock the object by synchronizing with its trajectory, then giving it the thrust required for it to enter into the atmosphere and be consumed there naturally. Following this mission, if the concept is validated, we will be able to track the largest debris and deorbit it. From a tactical point of view, if we want to clean up space, we need to start with the largest objects. For smaller debris, it is also possible to envisage ground-based laser systems that will illuminate the objects and exert photonic pressure causing a gradual decrease in the altitude of the orbit.

Should we be concerned about an increase in debris with the arrival of commercial operators and the emergence of NewSpace?

40 years ago, sending a satellite into geostationary orbit was something extraordinary, for which only a few countries had the capacity. Today, it is very common and companies handle it. Space commercialization is underway, in view of the fact that the technology is increasingly accessible and that an ever-increasing number of space applications are emerging. We are not worried about this movement but are rather supporting it to ensure that space is not developed in an uncontrolled manner. I believe that the orbit is a common good. A few years ago, major space powers wanted to demonstrate that they could wage war in space by destroying satellites that belonged to them with missiles. This experiment generated thousands of pieces of space debris and was prejudicial to everyone. We need to make the orbit a viable and clean place. Sustainable space is in our hands. 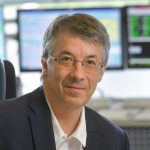 Head of the Ground Systems Engineering and Innovation Department at ESA