Assistant Professor in Political Science at the University of Michigan

The Hard Problems of Going Local

For the past decades, the aid community has tried to transplant best practices from the developed world to the developing world. Increasingly, however, it is recognized that copying best practices does not work and may even backfire. Aid programs work best when they are tailored to local contexts.

What does it take to “go local”? For some development experts, the answer is an alternative modus operandi. For example, in an approach that they call Problem Driven Iterative Adaptation (PDIA), Andrews, Pritchett, and Woolcock prescribe the following rules of thumb: instead of selling solutions to aid recipients, focus on understanding their particular problems; instead of conforming to one-size-fits-all reforms, experiment with novel solutions and don’t be afraid of “positive deviance”; instead of making top-down plans, listen to and engage stakeholders.

Obviously, these are all laudable recommendations—yet they fail to address the underlying hard problems: Why would aid professionals, accustomed to prescribing best practices, be motivated to practice a different approach? Why would they start listening to locals, who have neither formal expertise nor power to evaluate them? Why would they dare to run against the grain of convention and experiment with untested, localized solutions?

It is one thing to urge aid practitioners to “do the right thing” but another to realize lasting changes across an entire profession. For example, government officials are everywhere exhorted to be dedicated and honest, and all officials will pledge to uphold these values. But will they actually practice them? Ultimately, it depends on whether it pays to do the right thing and whether the necessary resources are available to execute change.

Going local works only if we first create institutions that empower and incentivize aid professionals to care and learn about the details of developing communities. Such institutions will have to go beyond pronouncing new manifestos or devising new techniques for drawing decision trees.

Rather, in crafting institutions to reinvent foreign aid, we must address three core obstacles against the development of a detail- and local-oriented aid paradigm:

There are many possible ways to overcome these obstacles—obstacles that are ideological and political, rather than technical, in nature. Here, I propose three concrete action plans as one way of addressing these problems.

These recommendations draw inspiration from China’s market reforms, which faced obstacles that were remarkably similar to that of reforming aid agencies, namely, the challenges of injecting new ideas, incentivizing local adaptation, and surmounting resistance to change.

3) Carve out experimental pockets: Whether in aid agencies or developing countries, it is extremely difficult to implement sweeping changes in one bold step. Instead of applying “shock therapy”, aid agencies can create special teams dedicated to exploring localized reforms. These teams should be evaluated and rewarded based on criteria that are different from the rest of the agency.

Institutions Matter to Aid Agencies Too

Probably the most influential mantra of development is “institutions matter”. Aid professionals know well the importance of designing institutions to promote entrepreneurial investments and growth in developing countries. Aid agencies should apply this fundamental principle inward—to reforming themselves. Like entrepreneurs and any other social actor, aid professionals respond to incentives, and their perceptions are deeply shaped by their environment. Hence, in order to change the behavior of aid professionals, we must first change their institutions.

Designing institutions for localized aid is salient not only for existing aid agencies based in the developed world, but even more so for upcoming aid agencies initiated by emerging economies like China. As it grows into the world’s largest economy, China has transformed from a developing country to an aid-giving powerhouse. Recently, China spearheaded the creation of the Asian Infrastructural Investment Bank (AIIB), which would be Asia’s counterpart to the World Bank.

The AIIB should build more than just roads and railways—importantly, it should also promote an alternative paradigm of aid-giving and development, by drawing lessons from China’s own reform success. Despite defying numerous best practices, reforms in China have delivered spectacular growth and lifted millions out of poverty. A key element of this success is localized implementation of central goals, which has produced an astonishing variety of local development paths and bottom-up innovations within the country. To avoid the unintended tragedies that beset Western-based foreign aid, the AIIB must not fixate only on constructing gleaming new infrastructure. Bulldozing over local terrains and histories will bring grievances, not growth.

As more countries offer aid, it is more pertinent than ever to craft institutions that make details matter.

The opinions expressed in this blog post are those of the author and do not necessarily reflect the official position of GDN.

This blog presents one of the winning ideas of the Next Horizon Essay Contest 2014, an international contest of ideas on the future of international aid organized by the Global Development Network and funded by the Bill and Melinda Gates Foundation. For an overview of the competition and to access all winning essays, visit the official page of the contest. Other blog posts presenting the winning ideas of this competition will be published in the coming months. 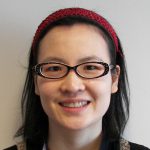 Assistant Professor in Political Science at the University of Michigan