Two strikingly contrasting news items appeared on October 7, 2020: the Swiss bank UBS revealed a dramatic rise in the wealth of billionaires since the outbreak of COVID-19, and the World Bank separately reported that at least 150 million people could fall below the extreme poverty line by the time the pandemic ends. It’s clear we must now more than ever take stock of the socio-economic impact of COVID-19 and reflect on what leeway the international community has to curb this dangerous increase in inequality.

We’re going through a health crisis that disproportionately affects the most vulnerable people in vital areas such as health spending, access to education, the job market, and gender equality. The crisis is exacerbating inequality within and between countries.

In October 2020, Oxfam published the third edition of its Commitment to Reducing Inequality (CRI) Index. This report analyzes how 158 governments have responded to the challenge of reducing inequality. It ranks them according to how well they do in three areas: taxation, public services (health, education and social protection), and labor rights. These three areas are key aspects of policies aiming to reduce inequality: the first fosters fair redistribution of wealth, the second guarantees equal opportunities, and the third helps make for a more humane economy.

The main conclusions of this report are indisputable: most governments were not prepared for such a health crisis because they did not invest enough in public health, their social safety net, or labor rights, and all of them could upscale their strategy to fight socio-economic inequality. Furthermore, there is a risk that such inequality will worsen due to the COVID-19 pandemic.

The CRI 2020 report also shows that only 26 of the 158 countries studied had been spending at least 15% of their budgets on the health sector before the COVID-19 pandemic. That is the share recommended since 2001 by the Abuja Declaration, for sufficient funding in African countries. The report also confirms that the countries most committed to reducing inequality are those that have been the most resilient to the socio-economic and health challenges posed by the pandemic (Table 1).

A recent AFD study likewise shows that some pre-Covid reforms seeking to achieve universal medical coverage have led to a more equitable distribution of health spending in some low- and middle-income countries, particularly in Burkina Faso, Malawi, and Zambia. Nevertheless, that study also highlights persistent inequality, especially in provincial areas, and therefore the limits of those reforms. 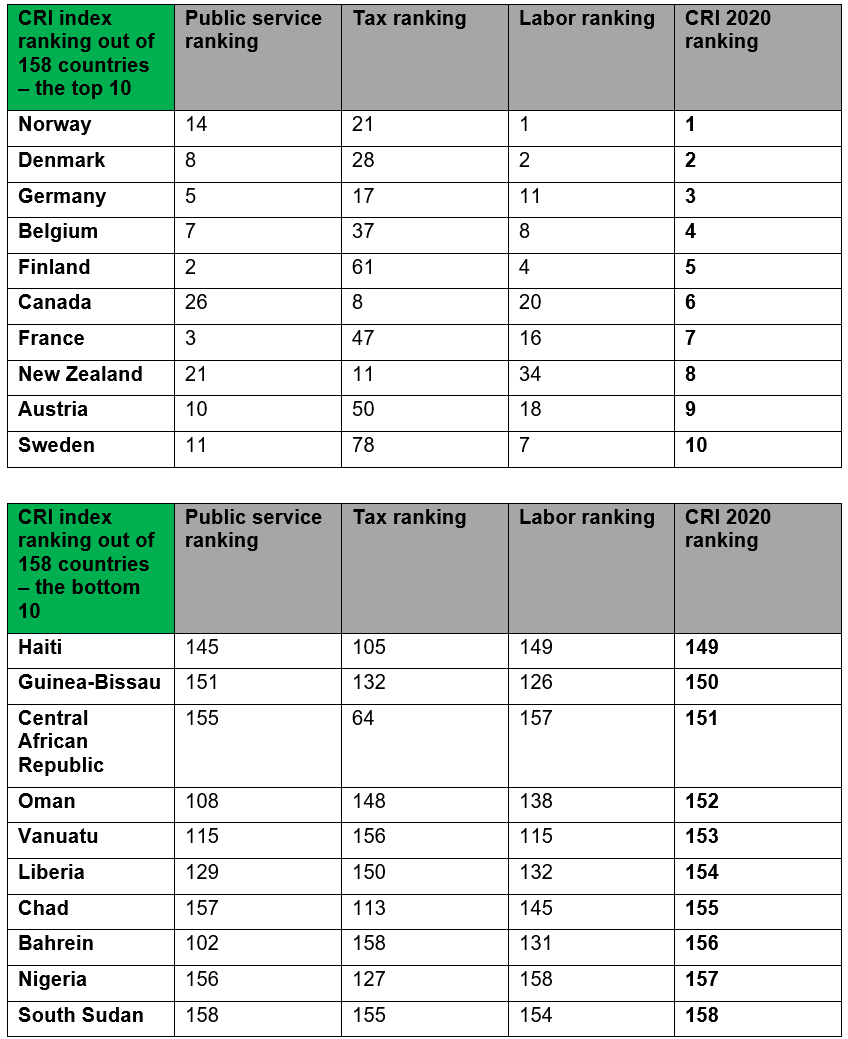 As the CRI Index makes clear, the policies implemented by governments in response to the crisis vary widely from country to country. Indeed, high-income countries invest much more than low- and middle-income countries in public services, taxation, and labor rights. Furthermore, although spending on health and social protection has relatively increased everywhere in the world as a result of the health crisis, little progress has actually been made in reducing user fees and expenses in most low- and middle-income countries. This prevents the most vulnerable people from accessing health care (Graph 1). 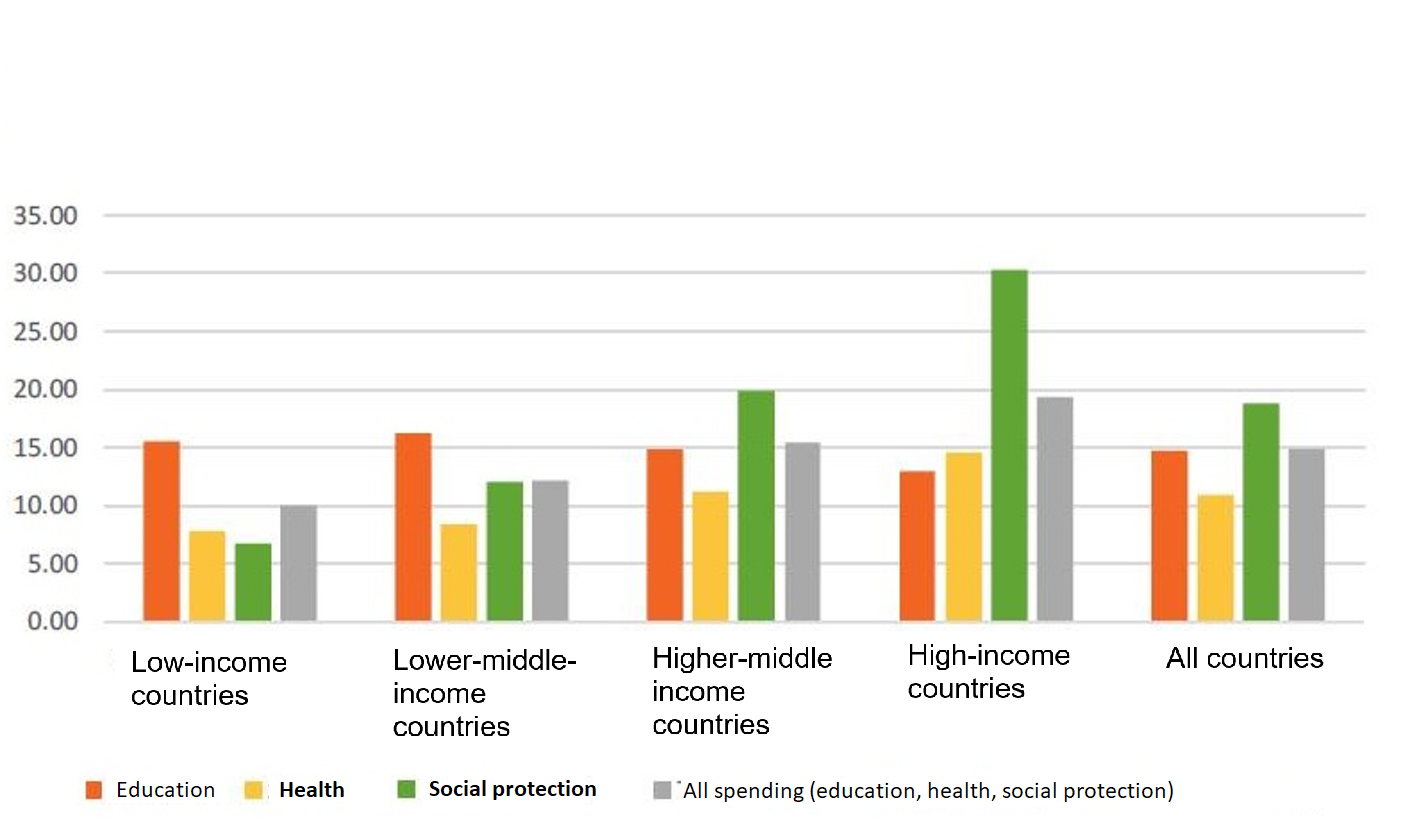 In response to the COVID-19 crisis, some governments, such as those of Jamaica, Chile and Kazakhstan, have chosen to lower their rate of VAT (a regressive tax). Others, such as Spain and Argentina, have introduced progressive “solidarity” taxes to ensure that the richest pay their fair share. Many governments have also enlarged the protection and rights of workers, through short-time work schemes, sick leave, or unemployment benefits, etc.

But these measures have not been enough to curb either the rise in unemployment or the drastic increase in the numbers of precarious jobs and labor law violations. As a result, the socio-economic status of many already vulnerable people is now endangered.

One of the worst performers is India, where several states have used the pandemic as an opportunity to chip away at workers’ rights by increasing the work day from 8 to 12 hours or by suspending regulations on the minimum wage. The same is true in Kenya, where taxes for the richest and largest companies have been cut and whose spending on health and social protection measures has been quite insufficient. The outcome has been negative impact on Kenya’s most precarious workers, 2 million of whom have lost their jobs.

The same situation can be observed in the United States, where the Trump administration granted only temporary assistance to precarious workers last April, while steadily reducing taxes for the wealthiest Americans since 2017 (Graph 2). 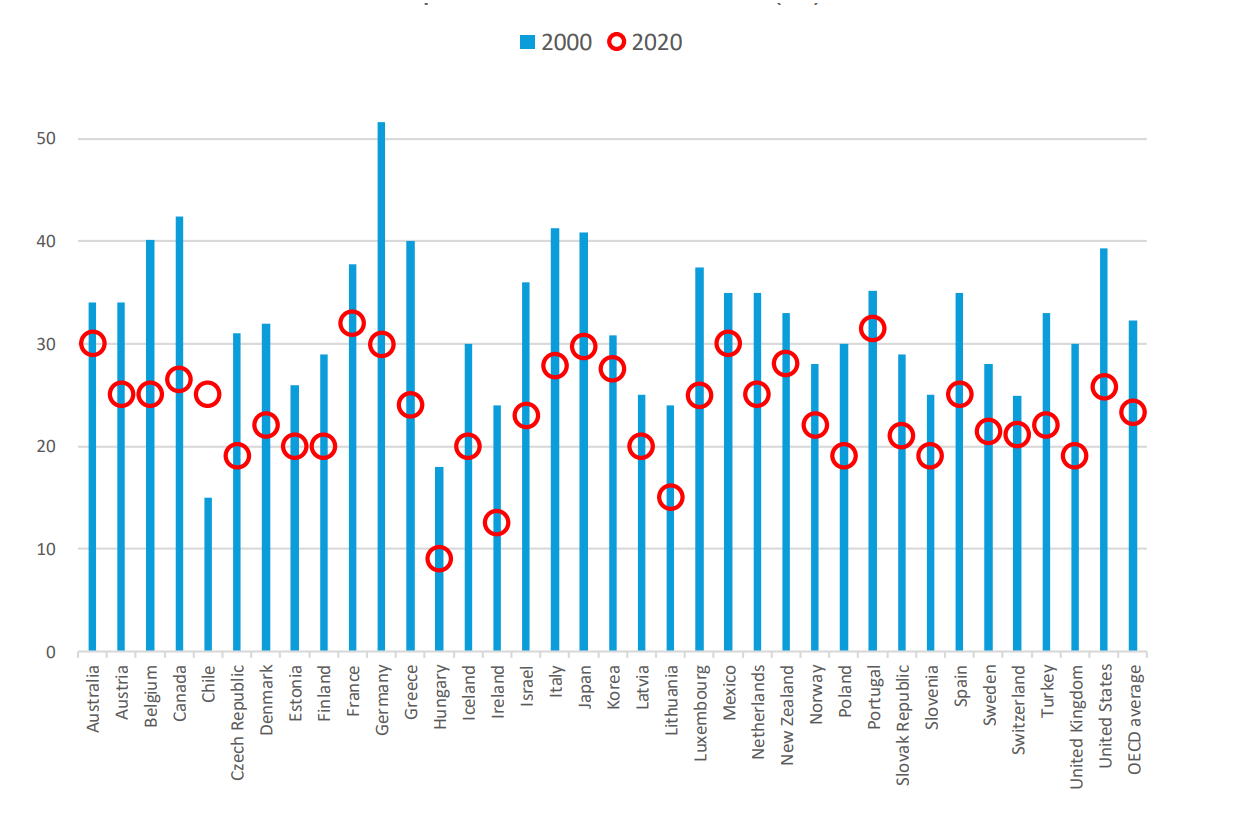 However, several countries are proving to us that another response is possible and that inequality, far from being inevitable, is simply the outcome political and economic choices. For example, Togo and Namibia have set up systems to assist workers in the informal sector who have lost their jobs as a result of lockdown measures. Similarly, Ukraine—a country with relatively low levels of inequality—has increased wages for health-care workers by 300%. Meanwhile, Bangladesh has mobilized $11 billion in bonuses for health workers, the majority of whom are women. We should also note that more than 20 million people in Bangladesh and Myanmar have been registered in social protection programs.

Responding to the inequality crisis through greater international solidarity

Faced with this unprecedented economic, social, and health situation, we must give priority to policies that fight inequality and strengthen international cooperation. High-income countries are currently mobilizing significant funds to address the crisis, enabling them to provide an ambitious response to rising inequality. But the situation is different for low- and middle-income countries, which have less room for maneuver.

Because they have been hit hard by the economic and health crisis, their fiscal resources to deal with it will be more limited.

The current sovereign debt crisis is only making this situation worse. The G20’s response to that crisis has so far been flawed, having failed in particular to reach an agreement with the private creditors that hold a growing share of their debts (one-third of sovereign debt in the case of Africa). At the end of November, Zambia became the first country to default on its debt due to the consequences of the health crisis.

Its case highlights the dilemma many countries face, that of being forced to reconcile funding of their basic public services with repayment or rescheduling of their debts to public and private creditors.

The G20 has implemented debt suspension of only $5 billion in debts in recent months, yet over the same period it has mobilized $10 trillion to support its own economies, an amount 2,000 times greater. It’s thus crucial to take much more ambitious action on this issue, with a greater role for international tax regulations and official development assistance.

Rethinking international aid as a tool for reducing inequality

As a first step, it’s urgent that tax regulatory institutions combat tax evasion, which—according to the latest estimates of the Tax Justice Network (TJN)—represents a loss of $437 billion per year for countries worldwide. Low-income countries are the hardest hit, with a fiscal loss corresponding to almost 52% of their public health budgets, according to TJN. More demanding and fairer taxation rules are therefore needed to tax the activities of multinationals in the countries where they operate, at their fair value.

For its part, the development aid sector must take up the fight against inequality by implementing solid programs to combat social, economic and environmental inequality locally, nationally, and internationally. One response is the Research Facility on Inequalities, a program financed by the European Commission and coordinated by AFD. Its purpose is to better understand inequality and its causes, in order to identify the most effective approaches to reduce them in Africa, Latin America, and Asia. An additional aim of this research program is to promote joint reflection with EU Member States on how to strengthen international cooperation to reduce inequality, as part of efforts to achieve the Agenda 2030 and the Sustainable Development Goals.

Meanwhile, Oxfam France has established “10 golden rules” to help start up dialog with international donors to lead the fight against inequality. These recommendations include strengthening support mechanisms for raising funds domestically, to back up the implementation of fairer and more progressive fiscal policies. Support for public services in the basic social sectors (health, education, and social protection) is also singled out as a priority. Finally, support for feminist and women’s rights organizations must become a core focus of action within official development assistance so that gender equality can be fostered.

Inequality: no vaccine, but vigorous treatments are possible

Recent months have seen discussion in France on a new government bill on international solidarity programming (renamed the “Bill on Programming for Solidarity Development and the Fight against Global Inequality”). This is a chance to make headway in the issue. While its presentation to the Council of Ministers is still pending, the need is becoming increasingly urgent for strong action by France—and by the entire international community—against the virulent virus of inequality.

And while there’s no vaccine against the latter, there is a treatment: establishment of ambitious policy measures to ensure better distribution of wealth, equal opportunities, gender equality, and a more humane economy for all. In other words, we need policies that prove that inequality is not, and should not be, inevitable.