Facebook Twitter Link
Copied to clipboard
In Sao Paulo (Brazil), January 28, 2021. A resident of the Paraisopolis favela returns home with her children after receiving a meal at the soup kitchen. (Photo by NELSON ALMEIDA / AFP)

It took just nine months for the 1,000 richest people in the world to recoup the fortune they lost when the crisis started (February-March 2020). Some billionaires have even taken advantage of the crisis to increase their wealth while, at the same time, hundreds of millions of people are falling into poverty. According to the World Bank, they could remain in the poverty trap for at least a decade if swift and strong action is not taken to fight against inequalities. This is the dramatic observation made by Oxfam France at the beginning of this year in its annual report on world inequality.

But this explosion of inequality is not inevitable. It is the result of the fragility of our economic model, combined with a political response to the crisis which could further exacerbate inequalities: “double standards” in “whatever the cost” policies.

If billionaires have recouped the fortunes they had before the crisis so quickly (in nine months, whereas it took them five years after the 2008 financial crisis), it is not thanks to the invisible hand of the market or the economic performance of companies. It is because central banks have injected hundreds of billions of dollars into the financial markets, under the doctrine of “whatever the cost”. This has resulted in a swift rebound in stock market values.

While this doctrine aims primarily to maintain interest rates at the lowest possible level, the side-effect of this policy has therefore been a swift rebound in the fortunes of billionaires. This is largely correlated with the stock market performance of the companies in which they are shareholders. Many billionaires have even taken advantage of the situation to sell some of their shares at a profit. For example, Jeff Bezos, the CEO of Amazon, has sold $10 billion of shares over the year.

The increase in the fortune of billionaires has therefore had very little to do with the economic performance in recent months of the companies in which they are shareholders. While the turnovers of Amazon and Tesla increased in 2020, the luxury sector has been hard hit by the pandemic. Yet the fortune of Bernard Arnault, owner of the luxury giant LVMH, rose by $76 billion between March (start of the European Central Bank’s asset purchase program) and December 2020. It is the fourth largest increase after Elon Musk, Jeff Bezos and the Chinese billionaire Zhong Shanshan. Over the year as a whole, and despite the crisis, Bernard Arnault’s fortune has consequently increased by $40 billion.

COVID-19: the “double standards” of “whatever the cost”

At the other end of the scale, there is no “whatever the cost” doctrine to prevent hundreds of millions of people from falling into poverty due to the crisis. According to World Bank estimates, without strong action against inequality, the people who have fallen into poverty due to the crisis could be stuck in the poverty trap for over a decade. A whole decade lost in the fight against poverty.

COVID-19: a super spreader of inequality

These figures must make us raise questions about the fragility of our economic model. As the World Health Organization pointed out, before the crisis, 3 billion people did not have access to universal health coverage. According to the International Labour Organization, in developing countries, three-quarters of workers did not benefit from social protection, such as unemployment benefit or sick leave.

With no safety net, hundreds of millions of people living just above the poverty lines were vulnerable to the slightest economic shock. And the pandemic has unfortunately proved the extent to which our model needs to be rethought to really protect the most vulnerable from future crises.

Make the fight against inequality central to the recovery

The COVID-19 crisis will probably not be the last. The future climate crisis will force developing countries and developed countries to rethink their model to ensure there are more resilient safety nets for the most vulnerable people. To achieve this, the fight against inequality needs to be central to the response to the crisis.

Firstly, the root causes of inequality need to be tackled, by increasing investments in essential sectors. Ensuring universal and free access to healthcare and education is an effective way to reduce inequality. Only 26 of the 158 countries analyzed by Oxfam in its Reducing Inequality Index 2020, dedicated at least 15% of their budget to health, the minimal share recommended by the Abuja Declaration for African countries. Others have opted for a long-term investment: for example, Costa Rica has set up universal health coverage, whereas less than ten years ago, only 25% of its population was covered.

Secondly, it is necessary to create more robust safety nets. On the eve of the crisis, according to ILO, one worker in two was living in poverty in developing countries. Hundreds of millions of others were living just above the poverty line. To address this situation, it would not only be necessary to introduce a minimum wage as close as possible to a decent wage, but also ensure it covers all economic sectors.

In Rwanda, the minimum wage only amounts to 2% of the decent wage, a salary that only covers essential needs such as water, food, accommodation, health needs, education, transport and clothing. In other countries, there is a minimum wage, but the weight of the informal sector prevents it from being applied in large parts of the economy.

In addition to remuneration, social protection nets, such as unemployment and sick leave rights, need to be strengthened to ensure that workers are not threatened by poverty at the slightest unexpected life event. During the crisis, countries such as Namibia and Togo paid benefits to workers in the informal sector to ensure they had a safety net.

Finally, making the fight against inequality central to the response to the crisis means that it is necessary to finance these measures through a progressive taxation reform. Increasing investment in essential services, minimum social benefits and social protection nets will come at a cost. It is consequently essential to rethink taxation to put an end to the exemptions that have no effect on sustainable investment, while ensuring that the wealthiest are called on to make the effort.

The analysis in 105 countries of the evolution of tax revenues over the last ten years shows that the share of corporate taxes in GDP has decreased by almost 10 points and the share of taxes on wealth by 1.5 points. To compensate for this shortfall, a number of countries have increased taxes on labor. Their share has increased by 13 points.

The situation is the same for the share of social contributions for employees. It is essential to increase the participation of the wealthiest in the common effort by introducing wealth taxes. Countries such as Argentina and Bolivia have already introduced exceptional wealth taxes in order to pay the COVID-19 bill more equitably. Spain, the UK and Canada may soon follow suit.

But in many countries, it will be necessary to go further to address the current scale of inequalities. A reform of the taxation of large groups will be required so that they are taxed where they have a real economic activity, without being able to artificially relocate their profits in tax havens.

To get out of this crisis as quickly as possible and be ready to face the future climate crisis, we need to accept to collectively rethink our economic model so that it does not only protect the interests of a minority, but really takes the most vulnerable into account. To do so, the fight against inequality needs to be made central to the recovery. If the response to the crisis manages to reduce inequalities, the World Bank estimates that we could return to the pre-pandemic level of poverty in three years. 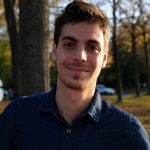