To what extent are the fight for good governance and fight against corruption linked?

For the Mo Ibrahim Foundation, the fight against corruption is, of course, an essential part of good governance, but it is only one of its components. “Governance”, as analyzed by the Ibrahim Index for each country in Africa, corresponds to the common basket of public goods and services that all governments in the 21st century are entitled to deliver to their fellow citizens.

Consequently, the Ibrahim Index of African Governance actually covers about a hundred indicators, grouped into four main pillars: Safety and Rule of Law, Participation and Human Rights, Human Development, and Sustainable Economic Opportunity. About ten of these indicators more specifically concern the fight against corruption – or more generally accountability – which, namely, but not only, includes the transparency of contracts and administrations, the corruptibility of public officials…

Africa’s economic partners have diversified with the emergence of new economic powers (China, India, Brazil…). Has this new economic situation had an impact on corruption in Africa?

The increase in the number of partners in Africa in recent years is a major phenomenon, and it is undoubtedly a good thing for the fight against corruption. Indeed, this results in more competition between African countries to attract the most interesting partners for them. Yet the transparency of the business environment is unquestionably a comparative advantage in this context.

African countries now realize that they will attract more reliable, robust and sustainable – and therefore eventually more interesting – economic partnerships if they establish an environment that makes it possible to do business, set up a company and invest, in a healthy economic context, without the risk of corruption. A form of virtuous circle therefore appears to be taking shape.

Corruption unquestionably hampers development because it inevitably leads to a loss of overall resources or, at the minimum, to a poor redistribution of them. This prevents equitable development, which alone guarantees its sustainability, or the sustainability of the government that implements it.

We should also bear in mind that there are no corrupted countries without corrupted partners. Consequently, it is necessary to never let up in this fight against corruption, but indeed to conduct it on all fronts, with – or against – all the parties concerned.

Finally, in this overall fight against corruption, which has a destructive impact on resources and equity, there is a fundamental issue on which the Mo Ibrahim Foundation is highly active. Even ahead of the fight for the transparency of contracts, it concerns the transparency of data. It is essential to strengthen the transparency of data for a given country, be familiar with the available data in terms of geological and land resources, know who owns land. The lack of information and opaqueness of data are very often a breeding ground for corruption. The more we have accurate and robust information, the less there will be a potential margin for corruption.

What should be the role of donors in the fight against corruption?

The most convincing, and therefore the most sustainable, policies are based on an “interest in taking action”. There is no long-term interest in corruption. There may be short-term profits, but in the long term it is never a good thing, including in a political sense. Any government seeking to develop and play “in the big leagues” has everything to gain in doing its utmost to stamp out corruption practices, as it is in its interest and that of its fellow citizens, meaning its voters, and is therefore for its own good.

It is for this reason that it is necessary to go beyond simply the approach of “naming and shaming”. In addition to “conditional” aid, we need to demonstrate to our African partners that by aligning with international standards and respecting the rules, they have more to gain economically, and not only in terms of the allocation of foreign aid, but in general, as well as politically 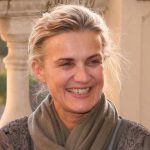