Corruption continues to be the main barrier to economic and social development in Africa and all around the world. According to a World Bank estimate made in 2003, as much as USD 1,000bn are paid in bribes every year worldwide. Nicolas Kazadi, an economist from the Democratic Republic of Congo (DRC) and advisor to the United Nations Development Programme (UNDP) posted in Togo, takes a look at this persistent problem, which does not only concern Africa.

What is the current situation in terms of corruption?

The situation is complex, but in a nutshell, the prevailing impression is that corruption is on the rise, especially because of the increase in trade and therefore in scandals that are likely to break out. Yet since the initial G7 initiatives in 1989, much has been done at the regulatory level to counter grand corruption, especially cross-border corruption, between developed and developing countries, which is likely to go as far as to fuel armed conflicts and destabilize entire countries. The greatest advance remains the OECD convention signed in 1997 by 41 countries, which came into force in 1999.

In retrospect, this convention has varying effects. Certain countries have made marked changes to their practices and companies have been convicted for their actions abroad, including in developing countries. In other countries, unfortunately including France, it seems surprising that to date, no case of international corruption has ever led to a conviction – against a hundred or so in the USA, fifty in Germany, and thirty or so in the UK.

However, corruption related to international economic trade is only part of the problem. The real danger, within countries, concerns a form of commodification of democracy via political systems undermined by money. This holds true for both longstanding democracies and developing countries. This phenomenon could partly explain the rise in an “anti-system” ideology worldwide.

Is there a need to review the terms of the debate and move away from moral considerations?

No, public opinion fervently demands the moral dimension of the debate on corruption, as we have seen in Burkina Faso since President Blaise Compaoré was ousted in October 2014.

Are there countries in the world, apart from Rwanda, which have made exemplary progress?

Rwanda has made exceptional progress concerning internal petty corruption. There is no doubt about this. But the problem of corruption extends beyond its borders and accusations have been made at the highest level, before the United Nations Security Council in particular, over the illegal exploitation of the Northern Kivu mines on Congolese territory by Uganda and Rwanda.

The same goes for developed countries: they are all more or less exemplary in the field of petty corruption within their borders, but the problem lies with international trade and North-South geopolitics. In France, no policeman will extort money from motorists during a roadside check, but Thales Group did indeed find itself at the center of a resounding trial against the current South African President, Jacob Zuma, for having paid him a bribe in 1998 during the negotiation of major arms contracts signed with South Africa.

In DRC, the use of the banking system for officials has allowed the State to save millions of dollars by avoiding the misappropriation of certain salaries and the presence of fictitious officials… Is this a good example of what it is possible to do?

The use of banking services is an excellent thing. No one can deny it and the Congolese Government must be given credit for this. But it is, unfortunately, insufficient in view of DRC’s economic challenges, including corruption. First of all, greater clarity is needed over the anti-corruption results produced by this use of the banking system. Secondly, we can question what it represents with regard to much more serious cases of corruption, such as what is going on in certain banks, which have been made bankrupt due to acts presented as being highly criminal, but with no sanction worthy of that name. For example, the savings of hundreds of thousands of depositors with the Banque Congolaise have been dilapidated without any kind of compensation.

What other effective tools are available to political leaders?

To fight corruption in Africa like elsewhere, there is, of course, the need to rebuild the credibility of the rule of law and justice. In Africa, we are increasingly witnessing a form of legal nihilism, which ranges from electoral processes tainted with irregularities to minor lawsuits before the courts. The change above all requires a political leadership of statesmen (or women), who combine ethics, competence and energy. By nature, our political systems unfortunately tend to produce personalities who are the exact opposite of these criteria, especially in terms of ethics.

In practical terms, we need to engage in an open and ongoing dialogue with the private sector on codes of conduct, standards and principles to be respected. We also need to protect democracy by strengthening the public and private financing mechanisms of parties, and reforming public administration by prioritizing integral human resources management as a condition for effectiveness and ethics in administrations. Individual responsibility needs to be increased through a tax system which systematizes income tax and asset returns for private individuals. Taxation must be an essential anti-corruption lock. The regulatory framework in force internationally allows interesting synergies to counter tax evasion. Finally, we need to increase education and awareness-raising at all levels, in order to strengthen the impact on opinion of all the investigations conducted by civil society on corruption, with NGOs such as Transparency International in particular. 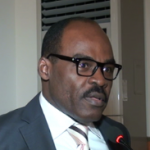