In the Congo Basin, where for many companies natural capital extraction is often synonymous with insecurity for employees and poor living conditions for certain neighboring rural communities, the correlation shown in the CIFOR [1]  study between social progress and the implementation of the certification by companies is such that FSC certification is the only feasible manifestation of the social and environmental performance of forestry companies.

FSC as an expression of CSR principles

CSR principles are applied in forestry via FSC certification. As with CSR, the certification is developing as a result of international inputs and national contexts. But beyond this, there is a convergence between FSC and CSR in terms of the principles and objectives of stakeholders.

The European Union’s 25th October 2011 definition of CSR follows Principle N° 1 of the FSC Standard defined in 1994. Indeed, this definition stipulates that “A precondition in terms of companies taking responsibility for the effects that they have on society is that companies comply with the legislation in force, and with the conventions concluded between social partners, and that they are able to prevent the negative effects [2]”. However, unlike forest certification, which is a voluntary approach, CSR is not quite an optional approach from an ethical point of view. It is partly based on the fact that companies are subject to the obligation to respect all internationally recognized human rights.

As a result, companies must act responsibly, as their activities depend on the institutional framework within which they operate, and on the resources that they obtain in their human and natural environment. These activities have effects on workers, consumers and ecosystems, and they are consequently “accountable” towards society. In other words, if a company destroyed a forest simply for the profit requirement, it would deprive society of the valuable functions of forests. FSC certification avoids this type of overexploitation of forestry resources. Another convergence between FSC and CSR is the obligation of “reasonable vigilance”, which carries requirements in terms of resources and achievements and, on the other hand, the integration of the “sphere of influence”. This sphere is regarded as the scope of political, contractual or economic relations through which a company can influence the decisions or activities of other companies or individuals [3]. It involves the emergence of social institutions in neighboring communities, which are real platforms for dialogue between the company and communities, and tools for social regulation.

If there is a major difference between FSC-certified and non-FSC-certified companies in the Congo Basin, it indeed lies in whether or not there are procedures that are written and applied between the two types of company. These procedures are more present in FSC-certified companies due to the requirements of the system. In addition, the FSC certification [4] system differs from other standards by the significant weight it gives to the social pillar of forest development via principles 1 to 4, which are respectively devoted to i) respect for the law; ii) workers’ rights and working conditions; iii) the rights of indigenous populations and iv) relations with communities.

These principles are recognized as being particularly difficult to meet by companies that operate in countries with weak governance, where social regulations, when they exist, are not always applied. This is firstly due to the fact that the legislative framework and regulatory mechanisms are not consistent or lack clarity, and are therefore subject to a free interpretation by public and private actors. Secondly, it is due to the fact that the rights of populations are very poorly documented by public authorities, which nevertheless refer to them in their regulations. However, at the same time, the supervision and coordination of the public responsibilities allocated to these regulations are disconcertingly poor. Yet it is difficult to satisfy the other environmental principles without legal procedures and without the involvement and consent of communities. In this respect and in this context, FSC-certified companies “raise the standard” in terms of applying the law, and are closely connected with the communities who are around their concessions.

FSC certification leads to “the effective implementation of clear written procedures that regulate working and living conditions in sawmills and during forestry operations and living conditions in the bases vie [5]”. Consequently, FSC-certified companies have forged ahead in introducing procedures to verify legality and meet social and security expectations, thanks to the implementation of systems of reasonable vigilance, combined with performance indicators. Therefore, in proportion, one can mention the fact that in 63% of certified companies against 20% of non-certified companies, there are active social institutions established by the company.
The study is based on 37 social parameters, placed in four main groups (living and working conditions in the concessions, social institutions in neighboring villages, benefit-sharing mechanisms in neighboring villages, and customary practices), and shows the added value of FSC certification on the social impacts of sustainable forest management in the Congo Basin. It emerges indirectly that legal and national regulation standards alone may still maintain inadequate working and living conditions for the employees of non-certified companies, and have limited or negative benefits for the communities neighboring these companies.

Consequently, putting the focus solely on legality, such as the European FLEGT (Forest Law Enforcement Governance and Trade) standard, suggests that there will not always be the guarantee that the social requirements of communities around the concessions will be met. There is also the opportunity for other certification systems, such as the PEFC, to initiate this type of study in order to determine the social and environmental impacts of forests certified under this standard. Beyond the forestry sector, performance assessment standards must be developed to meet stakeholders’ expectations and conserve biodiversity. This gives economic value to raw materials, while renewing resources and sharing benefits with communities.

Furthermore, on timber markets, consumers take certification for granted, and European authorities consider it as a risk reduction factor for illegal timber [6]. Yet certification unfortunately continues to be a voluntary approach. The optional nature of certification ultimately reflects a lack of political courage. Behind this lack of courage, time is wasted devising further action plans, such as the FLEGT, engaging in negotiation processes, implementing it, etc., whereas it would have sufficed for governments to give themselves the means to endorse FSC certification, to support it, and to make it a core component of their forestry policies.

In the end, instead of a classic and “colorless” CSR, FSC certification has the advantage for a company of expressing the performance of its forestry management, the “greening” of its investments, and their “socialization”. Consequently, FSC is the sole expression of CSR in forestry companies in the Congo Basin.

[2] General Commission for Strategy and Economic Foresight (CGSP). CSR Platform. Draft reference text of the CSR Platform proposed by the Chairman, with the agreement of the Vice-Chairmen, at the Bureau meeting of 19th December 2013.

[3] Boris Loeve, Note to the Ministry of Foreign Affairs, March 2010. Analysis of the notion of “Due diligence” and “Sphere of influence” in the context of corporate respect for human rights: the issues for delineating the scope of application of CSR standards. 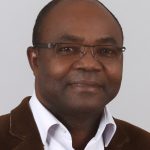