Facebook Twitter Link
Copied to clipboard
The limitation of the government's sources of financing, at this juncture, invites us to consider new alternatives to overcome this economic policy challenge. Photo by Carlos Ortega/El Tiempo

The propagation of Covid-19 around the globe and the actions that were taken to mitigate its impacts rendered 2020 an unconventional year in recent history. In order to avoid the collapse of their health systems, a majority of countries initially implemented different levels of lockdowns, resulting in one of the largest contractions in world GDP estimated at -3.3% (-7.0% in Latin America). Subsequently, governments started to provide support (in kind and financial) to the firms and households, in order to prevent a further decline in economic activity. As a result, governments carried out an important fiscal expansion. In Colombia, these efforts reached 2.7% of GDP, and combined with the drastic decrease in fiscal revenues due to depressed activity, the fiscal deficit reached 7.6% of GDP in 2020.

Colombia facing the financing of its public deficit

The Colombian fiscal deficit increase, a phenomenon seen all over Latin America following the Covid crisis, requires raising new sources of finance, i.e. increasing taxes or emitting debt. Increasing taxes in an already fragile economic context due to Covid measures such as lockdowns is particularly challenging. One other way to raise short-term income while simultaneously generating greater sources of long-term financing, is to resort to the foreign debt market. Colombia already used this option in the past since 45% of its debt is denominated in foreign currency.

This option, however, largely depends on the sovereign’s credibility in meeting its payments on the new debt instruments. A key indicator of the sovereign’s creditworthiness is the sovereign credit rating provided by rating agencies. The ratings are divided into two broad categories of grades: investment grade for assets that are considered relatively safe, and speculative, or “junk”, grade for assets that are considered unsafe. Each category has different sub-categories in order to further distinguish within investment or speculative grades. Finally, rating agencies also provide a forward-looking perspective with respect to the credit rating so as to indicate whether they are concerned about future dynamics. A positive outlook is given for expectations of a rating update, stable when there are no expectations of change in the rating in the future, and negative when a rating downgrade is expected. The interest rate the government has to pay on its debt strongly depends on the rating the country obtains from rating agencies. Losing or maintaining the investment grade is thus particularly important for developing and emerging economies that must resort to international financial markets to raise funds.

The National Department of Planning of the Colombian Government, together with the AFD, ran scenarios to assess the possible economic impacts of Colombian assets’ downgrade by credit rating agencies. For this purpose, the prototype Stock Flow Consistent (SFC) growth model developed by the GEMMES team at the AFD was modified and calibrated for Colombia. This class of macroeconomic models has been used increasingly in the last fifteen years due to their ability to account explicitly for interactions between the real and the financial spheres of an economy.

The results show that an increase in Colombia’s Emerging Market Bond Index (EMBI) spread (used as a proxy credit rating downgrade) will be transmitted to the economy via three channels: 1) a balance sheet channel, 2) a foreign trade channel and 3) a liquidity channel. In the balance sheet channel, an increase in the EMBI spread leads to a movement in the arbitrage decision by foreign investors hence reducing international demand for Colombian assets. This leads to a strong deprecation of the exchange rate and expectations of higher inflation, combined with a decrease in international reserves due to the tension observed on the foreign currency market.

The effect of the depreciation of the Peso has uncertain effects on the trade balance: imports and exports will move but the overall impacts will depend on many aspects such as whether export goods are priced domestically or internationally, whether there are domestic substitutes for imported goods, etc.

Following the depreciation of the Peso, the interest rates are under pressure to increase because of imported inflation: the central bank will react via monetary policy by increasing the policy rate, despite the adverse effect on economic activity. This is the liquidity channel leading to a decrease in investment and a decrease in household expenditure, implying a fall in aggregate demand.

The loss of the investment grade status thus creates a problem in the government balance sheets (higher fiscal deficit) and in the external sector (higher financial account deficit), combined with a decrease in aggregate demand. The entire economic activity is therefore affected, resulting in a fall in economic growth by one percentage point (2% growth rate instead of 3% without the shock) and a drop in employment, hence further reducing aggregate demand via consumption. The government deficit is also strongly impacted by exchange rate depreciation, capital account imbalances, and increases in external interest rates, which increase payments on foreign currency debt.

Even if the loss of the investment grade might be seen as a short-term event related to conjuncture dynamics–Covid crisis mostly but also the social tensions emerging out of the aborted fiscal reform of April-May 2021–, the assessment made by rating agencies also considers structural aspects. The response to a downgrading thus also requires thinking about policies offering perspectives on medium to long-term development.

In the context of a green recovery, following the Covid crisis, allowing for a restructuring of the economy away from natural resources extraction and towards low-carbon industries is fundamental. This could contribute to economic growth and allow for the evolution of the productive structure towards an economy with less dependence on raw materials and a new approach towards manufacturing production, thus reversing signs of de-industrialization observed over the last decade or so.

The role of the state will be pivotal in steering such an economic and social structural change. It needs to ensure inclusive growth, for example by providing social protection mechanisms to those negatively affected by the transition while at the same time providing incentives towards low-carbon technologies. A carbon tax for instance would increase the fiscal space and favor the transition to a more sustainable productive structure. Another option would be for the Colombian state to emit green public bonds backed by the investment in green infrastructure and hence attracting new sources of international finance. Guaranteeing fiscal stability is not only healthy for the country, but it is also essential to transmit a message of safety and confidence to the international financial markets. This would reduce the perceived country’s risk and thus attract higher levels of foreign capital to the economy.

Colombia is thus at a crossroad. It faces new challenges emerging from the loss of the investment grade. The likely consequences from this loss in confidence from international market may be a recession and further financial constraints for the government. This challenge could however be transformed in opportunity to implement ambitious reforms in order to ensure a just transition towards a low-carbon economy, which would help restoring international confidence in the Colombian economy. 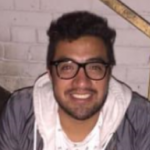 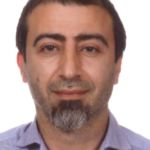 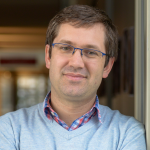 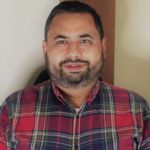