Indifference is a dangerous posture when confronted with the growing importance of those who dub themselves “climate sceptics”. The latter really and truly exist; they appear powerful, organised, and indulge in subversive techniques with means that certain, rather pugnacious, environmental NGOs would use readily. A number of people have expressed legitimate concerns about their influence on international opinion, which has just recently been sensitized and mobilized concerning global warming.

De facto, it is always wise to remain humble especially in scientific domains and to ensure that all voices are heard in a rigourous and exacting peer review such as the IPCC members perform amongst themselves. The real question is elsewhere. The violence of the accusation against climatologists, accusations of conspiracy and falsification, make you wonder if certain individuals  wouldn’t suffer steep losses if the international community went forward with global agreements at Copenhagen.

A closer examination shows these attacks are particularly predictable. Those who are living very comfortably off of fossil fuels do not defend a non-carbon based economy. They can easily see that we are on the cusp of a new world, which will surely gnaw away at their privileges. Paradoxically, by stooping to such intimidation techniques, stirring up trouble, and discrediting the most covered summit of the decade, these detractors very clearly show that yes, global warming is a real threat to them and their business.

These methods therefore are not new and have been largely deployed, sometimes successfully by other industries who have felt threatened. Above all else, they are  proof of the immaturity of a segment of economic and political actors who categorically refuse to consider clearly and bravely the immense stake that awaits humanity at the dawn of this century. The rarest of resources is not oil, nor the collective intelligence that we can all deploy together. The rarest of all resources is simply time. We cannot buy time. Let us not waste our strength. Let us not confuse our battles. Yes there are obviously margins of uncertainty. Yes, nobody can exactly predict the earth’s temperature in 2032.

We have however, an important mass of information that supports the theory that humans have contributed to global warming. A cyclone is approaching and several extremely violent storms are converging at high speeds on us. Each of these fronts in and of itself would be a major disruptive event, destabilizing our social, economic, and ecologic models. Together, they form a revolutionary challenge, bringing together a number of actors with differing agendas, who must find a single, common solution within a very narrow timeframe.

How much longer will we wait before realising it is already too late? 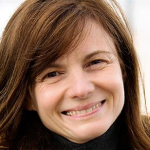