Notable examples include the transitory urban development projects promoted by Parisian organizations such as Plateau Urbain and La Belle Friche, using unoccupied land and buildings with a view to “reactivating local life in a provisional way.” We might also cite examples of tactical urban development projects, including hybrid spaces such as Fab City or the citizens’ laboratories springing up in Madrid, offering new opportunities for “urbanism led by residents and focused on the local level.”

These projects carry a certain number of promises in terms of their capacity to create a model of urban development which is more grass-roots, resilient, participatory and respectful of local people and ecosystems.

In a bid to assess the extent to which these promises are kept, in recent years there have been a number of impact studies focusing on ’third places’, fab labs and transitory urban development projects. One advantage of these studies is the opportunity they provide to experiment with new protocols for evaluating urban phenomena which are still emerging and evolving. But, by and large, these studies have not received widespread attention. They are essentially the work of experts and academic researchers, destined for a select readership of specialist civil servants in national and local government. There is not, as of yet, a general evaluation protocol based upon shared and co-constructed indicators, which would allow for the collective evaluation and objectivation of the phenomena observed.

These studies focus on the direct, material, quantifiable consequences of urban development projects, using measurements such as the number of jobs or companies created, the number of redeveloped spaces, shared gardens, new urban services and installations, the economic redevelopment of disused spaces, the number of projects funded and beneficiaries reached etc. Nevertheless, they still struggle to objectively account for the external impact of projects, particularly in terms of citizen participation, the stimulation of innovation processes and learning, the transformation of working methods and public policy, and the amelioration of urban biodiversity, local life and cooperation.

But we would argue that the value added by transitional urban development projects resides not so much in their outputs (direct, material, quantifiable consequences) as in their external effects. Their value can be likened to the pollination carried out by bees, whose value is a thousand times greater than the immediate output it yields: the honey you buy in the store.

In the urban context, an externality is produced when the activity of a person (or agent) creates an advantage (a positive externality) or a disadvantage (a negative externality) for other persons, with no corresponding financial exchange and without any indication that this benefit or loss had been planned in advance. Externalities thus exist outside the realm of urban development programs and monetary exchanges, and yet their economic consequences can be decisive.

A good example is the economic model of Madrid’s citizen laboratories, based primarily upon mutual giving, exchanging, trust, crowdfunding, cooperation, networked action and active contributions from local residents and collectives. All are “non-market” dimensions, but are nonetheless profoundly economic in nature.

They allow for the renovation, at little or no cost, of street furniture, public spaces and urban facilities, as well as contributing to the economic rehabilitation of vacant spaces and run-down neighborhoods. And let us not forget the opportunity they offer to test new practices and reduce the risk of failure for urban development programs (with all the associated costs), or to access EU funding earmarked for urban and citizen-led innovation projects (such as the Urban Innovative Actions scheme). There are many such externalities, but they are particularly difficult to observe and measure. They are often diffuse, invisible, immaterial and entirely separate from the material outputs.

Faced with this complexity, there is a real risk that these externalities will be underestimated, limiting the scope of transitional urban development experiments and relegating them to the status of superficial or one-off actions, dismissed in some quarters as “pallet urbanism.” In reality, these experiments play a key role in the invention of new approaches to urban development, more closely attuned to issues of urban commons and transitions. With this in mind, it is essential that we lift the lid on the black box of externalities produced by tactical and transitory urban development projects, in order to appreciate their true scope.

Opening up this black box requires us to rethink our traditional methods of impact assessment, imagining new evaluation protocols created in collaboration with researchers and experts, but also with project leaders and local citizens. These evaluation protocols need to be compatible with the spirit of participatory or transitory urban development projects.

These projects can be understood as new methods of urban action, involving the people who live in and shape these territories on a day-to-day basis: entrepreneurs, residents, students, public agencies, elected representatives etc. In this context, assessing impacts using classical statistical measurements and protocols seems virtually unthinkable. What we need are indicators jointly constructed with those present on the ground, who not only are well-placed to recognize their value, but also to appropriate them and integrate them into a broader understanding of their actions.

Within cities, we need to mobilize and train citizen-researchers

On the strength of these arguments, we have worked to construct new evaluation protocols for three projects with which we are currently involved in a support role: the  urban incubators run by Agence Française de Développement, the third spaces of Digne-les-Bains and the project Valence Romans, Capital of local start-ups, winner of the Ambitious Innovation Territory contest (TIGA).

Our evaluation system is based on a combination of four types of method: a first protocol defined as the expert level (identification of impact indicators in advance), followed by a self-assessment method for project leaders (helping to redefine actions and objectives as projects evolve) and, finally, a citizen evaluation conducted with users.

The challenge is to train volunteers in the techniques of observation, surveying and evaluation, enabling them to express their own user expertise and to become the “eyes and ears” of researchers. These citizen-researchers will thus be capable of observing processes which are notoriously difficult to study: processes of innovation, learning, cooperation, transmission and transformation of uses and modes of action.

Finally, a fourth method involves the creation of a platform for citizen participation and visualization of externalities. The issue of how to represent complex data is fundamental in this regard. It must be as intuitive as possible, so that everybody is able to get to grips with the results of the evaluations.

Finally, the overlapping of these four types of method must result in an evaluation process which is collective and rooted in the territory, objectivizing not only the direct impacts, but also the external effects of tactical and transitory urban development projects. 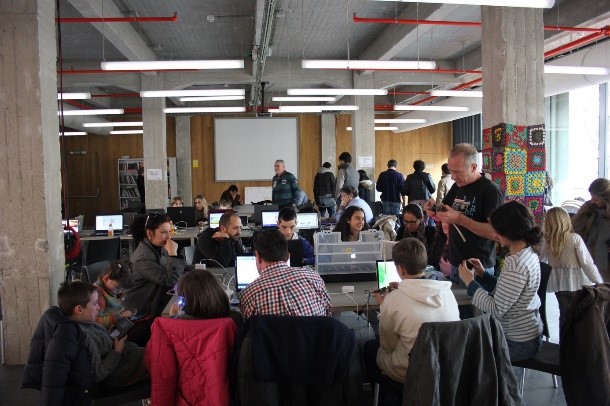 Transitional urban development: how can we put a price on well-being?

Ultimately, this decentralized, shared approach to evaluation should pave the way for a collective discussion of the value of urban experimentation. Our hypothesis is that transitional urban development projects produce more positive externalities (social connections, citizen participation, rehabilitation, learning, reuse, promotion of short supply chains, urban resilience etc.) than negative externalities (gentrification, increased precarity etc.). In order to ensure that these urban experiments are not consigned to the role of “externality compensation,” but instead establish themselves in the long term and contribute to the sustainable transition, it is essential that they should reinternalize the value of the externalities they produce, integrating that value into their own economic models.

Work to evaluate externalities should thus be combined with methods for quantifying and qualifying social value. This is an approach championed by actors in the field such as the ESS Labo and the Approches urban development workshop . But it is a particularly complex undertaking, requiring actors not only to negotiate with an array of partners (contributing stakeholders, beneficiaries, financial backers etc.), but also to put a price on realities which exist outside of the market.

This raises numerous questions: how can we attain a monetary estimate of the value of social, economic and environmental products and services developed through cooperation, free access and open source? How do we put an economic value on assets whose principles of indivisibility, non-competition and non-excludability make them comparable to public assets, and therefore impossible to reduce to the status of marketable goods? What price could we possibly put on solidarity, knowledge, social connections, or the preservation of the environment and people’s well-being?

In response to these issues, a number of solutions are currently being tested. One notable example is the notion of “payments for ecosystem services,” (PES) based on “the idea of a payment (reward or compensation) from those who benefit from the services provided by ecosystems in favor of those responsible for maintaining them.” The European Commission is also considering introducing a new mechanism which would reward farmers who work to protect and promote the environment. This innovative tool could be expanded to the socio-economic and environmental aspects of transitional urban development projects.

Seen from Congo: “Social work must be innovative and committed to lasting change” 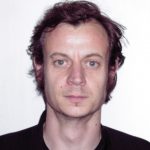