Senior Analyst in charge of the Asia portfolio at the EUISS

Facebook Twitter Link
Copied to clipboard
A man wearing a COVID-19 mask in front of a giant screen displaying a propaganda image on a street in Beijing on April 20, 2020 (Photo by Nicolas ASFOURI / AFP)

In your latest book (Rouge Vif *, published by L'Observatoire, 2020), you analyze the all-powerful hold on power by the Chinese Communist Party (CCP) in Xi Jinping’s China. How has the COVID-19 crisis had an impact on this Party-State?

The CCP is emerging from it strengthened overall. Xi Jinping has boosted its omnipresence in nearly all the country’s institutions since coming to power in 2012: in hospitals, research centers, schools, apartment buildings, the streets… The CCP has been heavily mobilized at all levels of society and has continued to recruit in recent months, particularly among hospital staff and people under 35. Today, Party membership is nearly 92 million, with more than 2 million members having joined in one year. This figure is likely to continue to rise sharply this year and the next. It will be highlighted in 2021, the centennial year of the Chinese Communist Party. This anniversary will be celebrated all throughout the country, even more so than the bicentenary of Marx’s birth in May 2018.

Technologically, the CCP is likewise emerging strengthened from the crisis. It has accelerated the testing and use of various tools that already existed in Chinese cities: next-generation surveillance cameras, drones, facial recognition tools, and data-collection and analysis tools—including a series of applications for smartphones (for tracking, QR codes linked to travel history and medical data, etc.). Local authorities have also fine-tuned the testing and use of the social credit system. This process had begun in several provinces well before the crisis and is now on the fast track at national level.

Yet, at the beginning of the COVID-19 epidemic, many China observers claimed that this health crisis was seriously upending the Xi Jinping regime…

While it’s true that several known cases of protest did rapidly gain momentum, this analysis tends to underestimate the power of censorship and propaganda in China as well as the level of fear that pervades the country. Nevertheless, discontent was frequent and strong during the crisis.

In early February, the country was moved by the death of Li Wenliang, one of the Wuhan doctors who had raised the alarm about the virus. Many people shared their anger on social networks and paid tribute to this doctor who had initially been called to order by the police for “spreading rumors.” But shortly afterwards, censorship was stepped up and the propaganda organs tried to re-appropriate the issue by making Dr. Li a national hero.

Other examples include the case of Dr. Ai Fen in Wuhan, who detected the first outbreak of the virus with other colleagues and was then severely called to order by the Disciplinary Inspection Office of her own hospital and by the City of Wuhan. Everything must be approved by the Party in the vast majority of the country’s institutions. Under President Xi Jinping, fear has spread deeply among the people but also and above all among the political, administrative, and scientific elite. This dual level of fear affected the initial management of the epidemic in Wuhan and in Hubei Province.

That doesn’t mean that discontent has disappeared, but it’s risky and materially complicated to express. Resentment against Xi Jinping does exist, especially among Party cadres and ex-cadres, as revealed by statements by Cai Xia, a former teacher at the Central Party School. She was expelled from that organization on August 17 and is now living in exile. However, this resentment is still largely contained within the country, where fear prevails and where “unauthorized” information circulates very poorly. Cases of dissent that are known abroad are often not known about in China.

Beijing has strengthened its authority in Hong Kong by imposing a security law limiting the autonomy and freedoms in the territory. What’s your analysis of the reaction by the international community?

The “international community” is not united when it comes to Hong Kong; rather, there are two groups of countries supporting diametrically opposed positions. At the UN Human Rights Council, a motion in support of the Hong Kong National Security Law—put forward by Cuba—was backed by 53 States (including Iran, Saudi Arabia, North Korea, and a large number of African countries). Meanwhile, 27 countries have condemned this same law (including Japan, Great Britain, France, and many other European countries).

Many democratic countries are still taken aback by this law and by the speed and harshness with which it’s being applied. But Beijing will maintain its position at all costs on what it considers to be a top-priority issue. It will do so whatever the price, including economically and financially (loss of Hong Kong’s attractiveness as a financial center, closures of foreign company headquarters) and in terms of its image. This doesn’t mean that it is pointless to react, but it is necessary to define long-term strategic action that anticipates Beijing’s intransigence.

Is Donald Trump’s United States the only country to challenge Xi Jinping's China?

The US presidential election isn’t expected to fundamentally change Washington’s policy toward China: if Joe Biden is elected, the direction of US policy will not change significantly. China is perceived as the top threat to the United States, by Republicans and Democrats alike, but also by a considerable number of other countries such as Great Britain, Australia, Canada and others, which are now readjusting their demands on Beijing.

China knows that the world is becoming increasingly polarized in terms of how it’s viewed, and it’s trying to develop what could be described as an “accounting” approach to international relations. In recent years, it has sought to broaden its circle of so-called “friendly countries” willing to support its most contested positions (on Hong Kong as well as on Xinjiang and the South China Sea, etc.). Beijing’s diplomacy relies on these States, whose list often overlaps with that of the so-called member countries of the “New Silk Roads.” Its objective is to broaden this “circle of friends” to a maximum in order to eventually marginalize as much as possible the United States and other countries that might oppose Beijing’s positions in multilateral forums. 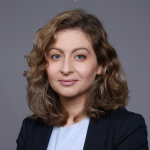 Senior Analyst in charge of the Asia portfolio at the EUISS