Professor of geography at the University of Orleans (France)

On September 22, 2020, President Xi Jinping announced at the United Nations General Assembly that China would reach its peak greenhouse gas emissions by 2030 and carbon neutrality by 2060. That assertion could lead us to believe that China is engaged in a linear and virtuous ecological transition, for itself and for the rest of the world. But is China really moving toward a more sustainable development model? And what processes does the generic concept of “ecological transition” cover?

Not one, but many ecological transitions

The reality behind a “conventional” ecological and social transition

The first type of transition is the “conventional” or standard transition, with the classic model of transition toward greater sustainability. This can be seen in the undeniably positive sustainable development dynamics at work today in China. For example, considerable progress has been made in fighting some forms of air pollution, thanks to drastic reduction in pollutant emissions such as sulfur dioxide. Such emissions are estimated to have fallen by 75% in 10 years, especially thanks to filtering at coal-fired power plants. A second example of a virtuous ecological transition concerns water pollution. About 15 years ago, two-thirds of China’s surface waters were considered to be heavily polluted. Today, this proportion is reported to have fallen to one-fourth. Renewable energies have also increased significantly. Their share in China’s energy consumption rose from 3% in 1978 to 14% in 2018. By investing massively in these energies, China has become a champion of wind and solar power.

Significant progress can likewise be seen in the Chinese social transition. Its main success has been eradication of absolute poverty. According to Chinese official data, approximately 770 million people have been lifted out of absolute rural poverty since 1978. Nonetheless, we should take into account that China sets the threshold for extreme poverty at a very low monthly income, equivalent to about 24 euros per month per person. In any event, China is undergoing transition toward a more sustainable model, but the ecological shift is more complicated than it might seem.

Going against the trend: the phenomena of reverse or deferred transition

China’s ecological and social transitions are also witnessing some backtracking toward less sustainability. This is what can be called “reverse transition” phenomena. Global warming, for example, and the melting of the Himalayan-Tibetan glaciers ensuing from it, will pose major water security issues. Meanwhile, the rise in the Pacific Ocean level may submerge China’s coastal plains, especially in delta areas (Yellow River, Yangtze River, and Pearl River deltas). Such massive deterioration of environmental sustainability is likely to lead to the emergence of both “new poor” and numerous climate refugees.

China is also entering a phase of accelerated aging. This issue is highly problematic for public finances, not to mention for families and even for national security. Estimates indicate that in 2053 nearly 487 million Chinese will be over 60 years of age, representing approximately one-third of the Chinese population. The Covid-19 crisis has also led to an increase in social insecurity in China. These phenomena run counter to a virtuous ecological and social transition.

Moreover, despite the announcement by President Xi Jinping that greenhouse gas emissions will peak before 2030, China’s ecological footprint is expected to continue to grow in the coming years. For example, coal consumption is picking up, with ever-increasing imports of coal from abroad. Similarly, post-Covid growth has resulted in a boom in greenhouse gas emissions in China. All these phenomena are part of what could be called a “deferred transition.”

Transitions in China: at times double-edged, at times a smokescreen

Another type of transition that can be empirically observed in China are “double-edged” transitions. This term refers to sustainability tools that can lead to significant or even severe side effects. This is the case with dams, for example. The building of a dam can be good for China’s carbon footprint in that it limits greenhouse gas emissions. However, dams also lead to many sustainability problems (flooding of valleys and displacement of people, eutrophication of tributary waterways, threats to downstream fisheries, biodiversity losses, and others).

In addition to double-edged transitions, there are also “smokescreen” transitions. This is the case of “eco-cities,” which are highly publicized by China. These eco-cities are far from meeting all the criteria of sustainability, and they moreover represent a very marginal aspect of Chinese building policies. Like cities, nature parks are also often utilized for propaganda purposes. One-third of the natural parks in China are thought to be paper parks, i.e., parks that exist only on paper and whose financial and human resources are very weak (derisory budget, too few staff on-site).

Another significant phenomenon is that China is exporting its ecological crisis to a number of other countries, particularly developing and emerging countries. Overfishing is a good example. China practices intensive fishing within its coastal waters and also in the rest of the world. With fish stocks now severely limited in Chinese waters, the government is encouraging the expansion of its fishing fleet to distant seas and oceans. Some of this catch is made within or just at the limit of the territorial waters of certain Asian, African, and Latin American countries. This practice is not only illegal, but also destructive for biodiversity. Chinese trawlers have been identified off the Galapagos Islands Nature Reserve, at the maritime limit of Ecuadorian islands. Similar practices occur in the form of massive wood imports. Although China banned the cutting down of its own forests in 1998, it imports large quantities of wood from Siberia and from tropical countries, without always respecting the principles of sustainable forestry. All these phenomena are part of a “shifted” transition.

Transitions that could be characterized as “doubtful” can also be observed in China. This is the case of the Great Green Wall, which is supposed to fight desertification in the north of the country. The advance of desert worsened considerably during the Maoist period and also after 1978, but this process seems to have been reversed in the past 15 years or so. Yet, this megaprogram is still a topic of debate among Chinese and foreign researchers. Some point out the weakness of this desertification reversal process now that global warming is underway, or consider it as unnatural and condemn it as a waste of public money. Others warn of the risks of depleting water tables. From a spatial point of view, the local situations are mixed: some areas have successfully been reforested (or, rather, revegetated), while others are seeing the desert advance more rapidly than before.

Finally, we must also mention non-transitional phenomena: the “impossible” transitions, i.e., incapable of being achieved methodologically, politically, or spatially. These concern phenomena marked by irreversibility. China’s economic emergence has in fact generated irreversible or nearly irreversible impact on certain species (disappearance of animal species such as the Yangtze River dolphin) or on various territories (particularly mining or industrial areas). The phenomenon of overaging could also fall into this category, as the long-term negative processes inherent to the age pyramid are unlikely to be reversed even with suitable policies.

All these elements suggest that China’s ecological transition is an environmentally and socially chaotic process. Examination of the Chinese case shows us that the building of sustainable development involves complex processes. We can see that the concept of “ecological polytransition” can act as an operational tool for going beyond the somewhat simplifying and simplistic approach to the transition processes at work in a given area. The eight types of ecological transition identified here (conventional, reversed, deferred, double-edged, smokescreen, shifted, doubtful, impossible) are by no means an exhaustive or semantically fixed list. Nonetheless, the concept and typology proposed here can help in better linking the theory of sustainable development to realities on the ground, in China and elsewhere. 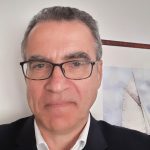 Professor of geography at the University of Orleans (France)

Deforestation disrupts the circulation of pathogens and enables the emergence of new diseases. But research is still sparse and there is a lack of knowledge that hinders us from understanding these complex phenomena. Joint interview with Gwenaël Vourc’h and Jean-François Guégan, two specialists...
Analysis