Senior Lecturer in Management Science at the Paris-East University

Since the offensive (in December 2012), and Seleka’s subsequent seizure of power (in March 2013), the international community has had to intervene following the acts of violence of Seleka (alliances of predominantly Muslim rebels) and the Anti-Bakala (Christian militia) against populations. The interventions, which go as far as taking the form of a guardianship, aim to restore peace, guarantee security and ensure a political stabilization. Despite a certain lull, it is obvious that the interventions of the international community (SANGARIS, MISCA, EUFOR and MINUSCA), as deployed since the beginning of operations, are not sufficient to restore security and put an end to the violence.

The Central African Republic is experiencing the most serious crisis in all its history. According to Didier Niewiadowski, a former Counselor for Cooperation and Cultural Affairs at the French Embassy in Bangui: “the latest crisis cannot be seen as a new revolt that involves only the armed forces in the Central African Republic”. This crisis is both national and regional. It involves the Central African Republic and countries in the sub-region (Cameroon, Chad, Congo Brazzaville, Democratic Republic of Congo, Sudan). Consequently, the risks associated with the activities of transnational armed groups could jeopardize the balance of countries in the sub-region. It is also characterized by its inter-religious and inter-communal dimension. Following the overthrow of President François Bozizé by Seleka (in March 2013), Michel Djotodia became the first Muslim Head of State in a predominantly Christian country. Seleka’s acts of violence against Christian communities, then those of Anti-Balaka against Muslim communities, immediately plunged the country into a situation of terror. Faced with the seriousness of the situation, certain international observers and experts did not hesitate to qualify it as “ethnic cleansing”. While the objective of international action is to maintain the ceasefire between the belligerent parties, the challenge today goes beyond managing the inter-religious conflict and reconciliation between communities. It is above all a crisis of the political and judicial systems.

The Central African Republic suffers from a persistent ill. Mistrust has become the distinctive marker of society in the Central African Republic. Since its independence, a whole host of revolts have contributed to establishing a culture of mistrust. This country has become marked by opportunist and deviant behavior. The evidence is overwhelming: anarchy, insecurity, disappearance of the rule of law, failure of the economy, impoverishment of the population, loss of a sense of the function of the State and politicians, and gradual deterioration of the national sentiment. The resulting crisis of trust, not to mention the lack of trust, may be considered as one of the main causes of conflict between communities. It is a major obstacle to the reconstruction of the Central African Republic. It is largely related to the continuous inadequacies of institutions, which are supposed to be the guarantor of trust. Finally, regional differences and the unclear distribution of tasks between actors in the management of the crisis exacerbate the feeling of mistrust among populations and the partners involved.

Rebuild trust: The challenge of the Bangui Forum

The construction of a strong nation cannot be conceived without trust between the State, institutions, associations, politicians, trading partners and citizens. To date, all the conventional mechanisms mobilized to resolve this crisis have not been sufficient to restore trust. It is consequently necessary to think about the conditions for this and to raise the awareness of all in terms of the need to build trust in order to allow the reconstruction of the country (rebuild the State and public Institutions – State-building).

What must be done to build trust in the Central African Republic? Firstly, it is necessary to clearly define the position and role of the international community in the management of the crisis in the Central African Republic. Today, what are the long-term concrete priorities, positions, will and action plans of France, Europe and the United Nations? Currently, faced with the persistence of acts of violence, the restoration of peace, peacekeeping and peacebuilding would appear to be compromised without this prerequisite. Yet international action could be the first guarantor of the restoration of peace and trust building. In other words, who will have the courage and means to go further than the operations under the UN peacekeepers and ensure that UN resolutions are strictly applied? There would obviously appear to be the need to consider international action during and after the post-conflict period. France, which seems to have all the military, humanitarian, political and economic levers, could be the initiator of this. The creation of a High Commission for Trust Building in the Central African Republic could consequently be an international initiative. This body, tasked with assisting decision-making, making recommendations and proposing appropriate solutions, would conduct trust audits (e.g. Trust between citizens, of citizens towards institutions, investors in CAR). It would be composed of expert members from the world of research, companies, politics, media, sport and culture. The idea would be to collectively contribute to building trust among citizens, politicians, institutions, economic and financial partners and the media. An annual report and advisory opinions concerning trust building in all these areas could be subject to applications by the Central African Government.

Secondly, Central African politicians need to consider the modernization of the political system. The population of the Central African Republic shows great mistrust with regard to the competencies of politicians and their integrity. However, earning the trust of citizens requires the capacity to demonstrate trustworthiness. One of the major components of their reflection and action should be trust building in terms of citizens towards politicians and citizens among themselves. They must today demonstrate a real commitment to jointly build a social project with citizens. This requires developing new far-reaching policies in order to rebuild the country and its economy. However, political leadership and the vision of a political party to embody the will to sustainably establish change are prerequisites for the development of the country.

While the world agrees that the Central African Republic is a failed country, Central Africans, on the contrary and more than ever before, can work on devising the solutions to this crisis by themselves. This cannot be achieved without dialogue and without cooperation between politicians and representatives from institutions and civil society. The inter-Central African/Bangui Forum dialogue, which is scheduled at the end of April 2015, could provide an historic opportunity to lay the foundations for the construction of a “society of trust” and “State of trust”. It is fundamental to meet the strong expectations of Central Africans, and to restore their freedom of thought and actions. Measures and efforts need to be implemented to recreate a nation-building with the aim of restoring meaning to the sense of living together and rebuilding a national identity. The creation of a Commission to establish and control trust-building measures could make it possible to propose concrete actions and assess the practices of institutions in this field. Trust building in the Central African Republic will require mobilizing all actors and should be a challenge both in terms of politics and citizens, focused on the future. 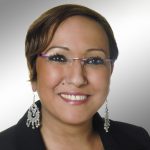 Senior Lecturer in Management Science at the Paris-East University