Cape Town, the second largest city of South Africa and very popular with tourists, is struck by a severe drought since 2016. Led by Mayor Patricia de Lille from the Democratic Alliance, municipality took strong measures to restrict water consumption. The city is also preparing for a “Day Zero” scenario, the day when the taps run dry and some 200 water collection sites provide water for 4 million inhabitants. Yet, the City is not waiting for the catastrophe to happen: several projects will produce 200 million more litres of water in the current year, explains Xanthea Limberg, Cape Town Councillor and Chair of the Mayoral Committee overseeing Informal Settlements, Water & Waste Services in February 2017.

Why was the decision taken to set limits for water consumption per household in Cape Town?

For more than a decade, the City demands water restrictions as part of water conservation policies because of the drought affecting the region and of the increasing urbanization due to a constant influx of new dwellers from rural areas of the neighbouring poorer province of Eastern Cape. Many white households also leave Johannesburg and the richest and industrialized Gauteng Province because of the perception of levels of crime.

Cape Town is internationally recognized for its efforts in water management. The “Mother City”, as people call the second largest city after Johannesburg, has the lowest water use per capita amongst big cities in South Africa. This policy is ensuring we can still reduce our demand in order to save the water resource still within our six dams.

How difficult is it to implement the restriction measures?

The municipality has a Water Department with an inspectors’ team that goes out and respond to the water complaints they receive. We have launched a campaign to encourage people to report abuse: if you see your neighbours watering their gardens with a hosepipe connected to a municipal line, for instance, you can tell the city. Our inspectors will come and issue a fine going from 5,000 up to 10,000 rands (340 to 680 euros). The fines are set by the Municipal Court, depending on the severity of the offence or if it has happened more than once. On the last quarter of 2017, 400 fines were issued. As the numbers escalate, we will have to increase the capacity of our water inspector’s team.

The situation demands further restrictions. As Mayor Patricia de Lille said in December, 200,000 out of 707,800 households are not respecting the city restrictions. Devices controlling water management are being installed on some properties. In January, our municipal council has decided on a new set of measures hoping these will change behaviours. The principle is simple: if you use more water, you will pay more for it. We are also looking at reducing the pressure level of water coming out of the taps; less pressure means water savings. Finally, a water levy is being discussed to enable the City to finance water augmentation projects, implying to produce water and to increase the capacity of our aquifers. Our plan is that the 464,000 richest households pay for it, with the 52,000 wealthiest at a rate above 150 rands (€10) per month and the majority less than 47 rands (€3,2) per month.

Increasing inequalities: A danger as serious as the climate

If the current drought persists and the current restrictions are not respected, how seriously are you preparing the “Day Zero” as a catastrophe scenario?

If our consumption of water remains at the current level of 6 million litres per day, “Day Zero” is scheduled for July 9th! All the municipalities around Cape Town and the agricultural sector draw water from the same set of dams. Hence, we, as an entire province, need to reduce our consumption. That is why the city is focused on massively doing so.

“Day Zero” is not when Cape Town runs out of water, but when our dams reach a level of 13,5% – meaning nearly empty – with no possibility to normally provide water to the city. The level as of January was 29,7% with only about 19,7% of useable water left. If “Day Zero” happens because of the non-respect of the current restrictions, we will then have to manage carefully and efficiently some time with a strict use of 25 litres of water per day and per capita, until the rains refill some of our aquifers (rain season starts with the austral winter in June, editor’s note).

As a responsible local government, we are attempting to avoid “Day Zero” but we have to prepare for any eventuality. If Day Zero happens, the alternative plan is to set 200 water collections sites, in order to deliver 25 litres per person per day on a 24h/24h basis. A large portion of Cape Town will depend on water collection sites, but some sectors will be excluded from that policy, such as informal settlements – where communities already use communal taps as a water collection site -, clinics and hospitals, and the Centre Business District (CBD) to make sure that key businesses and the economy still work.

We are also looking at expanding water collection points through partnership with the private sector in order to use their infrastructures. Water collection could also be done through grocery stores, where you can collect your 25 litres per day and pay for them at the normal public rate. Finally, a disaster management plan has also been coordinated with the province of Western Cape, the police and the army to minimize any abuse and maintain law and order around the water collection sites.

Beyond 2018, how will you manage the situation in the middle and long term?

For the short term, the city is committed to driving down demand. In the long term, many projects are on the way to maintain and increase our water supply. Such as desalination plants, possible on our site since Cape Town stands along two oceans, the Atlantic and the Indian Ocean. The first of the three temporary plants currently under construction in Strandfontein will deliver 7 million litres of water per day. In a first stage, it will give 2 million litres per day and as of May 5th more million litres per day.

We are also trying to maximize our aquifers, a source of water that will produce 100 million litres from 2020 onwards, if well managed. According to a ground water survey conducted in 2016, at least 150 million litres of water per day can be delivered by the Cape Flats, Table Mountain Group and Atlantis aquifers. The city has moved drill rigs onto the sites to get more water, and allocated more resources to drill underground in a sustainable and environmental-friendly approach.

Are the tourists prepared for water restrictions?

Everybody needs to comply, even if the key operations in the CBD will still be connected to water from taps. This includes foreign visitors, 1.5 million people in 2016, and South African tourists, 2.1 people the same year according to South African Tourism statistics. We have launched in October 2017 a “Tourist Saving Water” campaign. Our message is that you can still come to Cape Town and explore its wonders and beauty, but remind you need to save like a local to what was then our Level 5 restriction plan, 87 litres per day. We have had advertisements at the International Airport and we communicated with the hotel industry and tourist agencies so that the message can be shared. 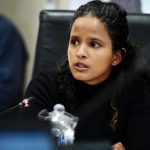