The microfinance sector emerged just 30 years ago, with a mission to combat poverty that few could argue with. Offering micro-loans to marginalised women to help them set up their own small businesses seemed to be a solution with irrefutably positive effects.

Once the matter of microfinance effects was settled, all that remained was to set up permanent microfinance institutions. The focus then shifted from beneficiaries to microfinance institutions (MFI), which had to be profitable and known to handle portfolios of the highest quality. But today, with over 205 million clients and some 10 000 MFIs operating, the sector is experiencing growing pains. Excessive interest rates, debt overloads (Kosovo, India/Andra Pradesh) and unwarranted debt collection practices are tarnishing the sector’s image and urging a reappraisal of the initial promises of its founders.

Bringing the client back to the centre of microfinance

First of all, it means understanding the financial needs of poor people.  These needs are not limited to productive short-term micro-loans to finance small business working capital. They also need – and already have informal access to – savings accounts, consumer credit, insurance, money transfers and payment systems. Like any consumer, poor people tend to optimise whatever funds they have and will readily use them to cover needs other than those initially planned, as shown by Murdoch and Rutherford in their book entitled Portfolios of the Poor: How the World’s Poor Live on $2 a Day. The fungibility of people’s resources must be recognised, and financial products as well as distribution, payment and reimbursement mechanisms must be tailored to specific client needs.

It has become vital for MFIs to return to their social missions as their central concern.

This is the reason for the Microfinance Clients Protection Campaign, which is promoting seven fundamental principles that all practitioners should ultimately comply with. Among these principles, cost transparency and reasonable rates would significantly advance relationships between MFIs and their clients. Other international initiatives, such as the Social Performance Task Force, are working to ensure that MFIs implement procedures and tools that are compatible with their social role. However, unless regulatory constraints are applied, sectoral initiatives are liable to run out of steam. Regulators must be aware that microfinance is in a class of its own: it is a financial service, but also a development tool for poor, and therefore vulnerable, communities.
Shareholders have a key role to play in bringing the client back to the centre of MFI concerns, failing which they cannot fulfil their social mission. This mission must be formalised as part of MFI strategy, which is defined by its directors. Analyses of the impacts of repositioning clients to match the MFI risk and profitability profile have cast a useful light on the issue and clearly argue in favour of strengthening the social mission of MFIs.

In crisis situations, as in Kosovo, clients give priority to reimbursing MFIs that offer them the range of financial services (including savings accounts) that best meet their needs and with which they have built up a relationship of trust on a day-to-day basis.  The MFI in question can then face difficult periods with significantly fewer doubtful accounts in its portfolio than competitors that may not have been working with these two key objectives in mind. The share of loan instalments paid off 30 days or more after the due date can vary by a factor of 3 depending on the different institutions. In other words, by providing fully client-centred services, an MFI can significantly improve its risk profile.

A profit-maximising strategy harmful to the clients

The economic model of microfinance and weak regulation of the sector tend to serve conflicting objectives: access to financial services for vulnerable populations on the one hand and maximising profits on the other. This situation could lead to shareholder strategies that favour profits to the detriment of clients. The well-known case of the Mexican MFI Compartamos is a good illustration. A simple analysis shows that lowering a 56 % profit margin to 15 % (average for the banking sector) could lower the interest rate charged to clients by 30 %, or 56 % in a year.  Lessons drawn from experiences of crisis in the sector show that a profit-maximising strategy is not sustainable and can be harmful to vulnerable clients. The client repositioning to be sought strengthens the MFI’s social role while maintaining shareholder profits that are at least equivalent to yields in the banking sector. The experience of the ProCredit Group proves this, but also shows that yields under these conditions are more stable than in the banking sector.

In a context of looming market saturation, increasing competition and risks of debt overload in vulnerable communities, only those MFIs that have developed responsible, ethical and humanist approaches that bring their clients back to the centre of their activities will be able to develop in the longer term to the benefit of all concerned. 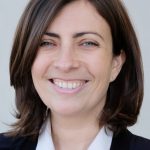