Through perception, we shape our own realities

However, we know all too well that often these perceptions differ from reality–sometimes drastically. Original perceptions, or biases, can contribute directly to inequality. The question remains: can bias be swayed? When it comes to inequality, one of the most famous misperceptions is that of one’s status and researchers have shown that in all types of societies people have a tendency to see themselves as ‘middle-class’, irrespective of whether they are amongst the poorest or the richest in objective terms.

While various studies have sought to address this complex realm between perception and reality, there remains a lack of consensus both about the mechanisms through which perceptions of inequality and social mobility inform people’s policy preferences, and also whether correcting these perceptions with accurate data holds the power to change their preferences.

In order to better understand the role that these perceptions play in the decisions people make, one study in Mexico set out to address these gaps by conducting a survey about perceived and desired distributions, and support for redistributive policies.

Inequalities exist all around us, but Mexico is among the countries with the highest inequality and lowest social mobility in the world. The distance between Mexico’s high-income earners and the rest of the population continues to increase, with social rigidity that leads to “opportunity hoarding”: those starting from a disadvantaged position will have fewer opportunities to succeed, whereas those born into privilege continue to amass further advantages throughout their lifetime, which they are then able to pass on to their children. Indeed, only 3% of those born in the lowest quintile will move up to the top, and only 2% from the top quintile will end up at the bottom, with little change over time in recent years.

Despite these dire numbers, there appears to be a disconnect between the facts of the situation at hand and the awareness of the public. Indeed, in Mexico the average perception of the number of rich people is 35%, based on a perception that the minimum income to be considered rich is MXN$38,248 per month (US$4,250 in purchasing power parity). However, the percentage of the population that is above that threshold is much lower: around 0.6% according to household surveys.

So where do these perceptions begin, who is perpetuating them, and how can they be addressed? Researchers set out to find the answers to these pressing questions in the Mexican context.

Considerable variation was found in people’s perception of income distribution based on the wealth rank of individuals. By first calculating perceptions about inequality and social mobility, the study found differences in perceptions between the rich and poor, indicating a clear wealth gap in regard to perception of inequalities.

People think in terms of absolute not relative mobility

Although economists have historically focused primarily on relative inequality, it is absolute inequality that people see in their daily lives and that motivates their concerns about distributive justice. The survey found that with regards to social mobility, while people accurately estimate persistence rates at the bottom and top of the distribution, they overestimate upward and downward mobility. They are each living on their own ends of the wealth spectrum. Thus, perceptions that inequality is rising may well be based on absolute disparities in living standards.

New information may in fact decrease desire to reduce inequalities

Next, the study tested the effect on redistribution preferences of accurate information on inequality and on social mobility, using an experimental design that provided such information to randomly selected respondents. The findings show that a negative effect of the inequality treatment on the difference between the perceived and desired Gini coefficient: providing participants with information about inequality reduces the gap between the perceived and desired level of inequality. In other words, informing participants about actual levels of inequality increases the level of desired inequality. It is here that perception is thought to play a role. When the facts are less dire than one expects, the urgency of redistributing or tackling inequalities diminishes.

Desired distribution. Note: Coefficient is obtained from a regression of the y-axis variable against a wealth rank variable. P-values in brackets. Panel A refers to the rate respondents want for their own taxes and panel B to the rates they want for the poor, middle-income, and rich.

To sum up, people want more social mobility, less inequality, and lower taxes. How can these desires be compatible? In Mexico, it appears that people believe equality is desirable if it comes at no cost. However, if they have to pay for it, they seem to be more willing to let inequalities persist.

Indeed, this is where we see the greatest gap in those willing to take action. The individuals most negatively impacted by inequalities (those on the lower end of the socioeconomic spectrum) are willing to sacrifice much more to achieve equality. Perceptions greatly alter these individuals’ realities and consequently translate into policy. Improving the perceptions of inequality, particularly among those who perceive themselves to be in better economic situations than the numbers suggest, could spur action in regards to redistribution policy. For people to be more prone to act and to have a more accurate estimation on the benefits and costs of a progressive fiscal reform, information on income of the rich and the taxes they pay is crucial.

Further arguments for increased public awareness and education lie in the lack of understanding of the average citizen of the nation’s tax base, which means that these decisions are being made with vital information missing. If people do not grasp the structure of the tax base, they are unable to make informed decisions. This could be solved through better education about the connection between tax regimes and the income distributions they can produce.

As we seek to build more just and equal societies, it is clear there is yet a long way to go. It is not enough to simply “tax the rich,” yet lack of education and awareness among the public, along with warped perceptions of the social and economic realities in which a community exists amounts to a policy standstill.

Understanding that education and empathy are key cornerstones in overcoming preformulated perceptions can help in the attempt to sway public opinion and tackle bias. Affording the general public more robust information regarding their individual and collective realities could result in concrete policy solutions that could be proposed for effective change. But first, a fundamental shift must take place in the way people perceive their own situations, particularly in relationship to their own communities but also to society at large.

The authors thank the support of Kelsey Holmes in writing this piece .

Inequalities are under the spotlight. From a central point of the 2030 Agenda and their identification as one of the key challenges for the 21st century and to the role they played in recent uprisings around the Globe (France, Chile, Ecuador…), inequalities are a pervasive phenomenon which tend to shape our societies. Moreover, the current pandemic has resulted in an increase of billionaires’ wealth and, in the same time, pushed 130 million people into extreme poverty, thus increasing global inequalities. But while inequalities seem everywhere, its measurement and analysis are often complex…

How do perceptions shape solidarity? What are the links between inequalities and global warming? What does access to water tell us about urban inequalities? And what was the impact of Covid-19 on inequalities? Through Mexico, Bolivia and passing through Burkina Faso, our series “Understanding inequalities” aims at providing some simple answers to those intricate questions.

The way that people look at the world is dramatically shaped by their own lived experiences. People make sense of the world in their own way. Their perceptions inform their actions, and therefore it is essential that these perceptions stem from a place of knowledge and truth.

Find the episodes of the series 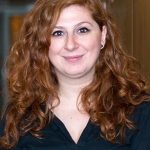 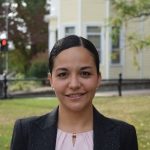 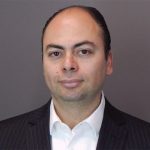 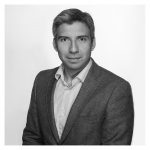 Africa is one of the most vulnerable continents to the effects of climate change. Against the backdrop of the international COVID-19 crisis, it is facing particularly tough choices in trying to finance resilient, decarbonized development. Review of possible levers.
Opinion