Chair of the Beninese Association of Strategic and Security Studies - ABESS

In Burkina Faso, Mali, and Niger, the judicial developments of 2020 have once again highlighted a trend for misappropriation of resources allocated to defense and security, as seen by arrests for illicit enrichment from over-invoiced contracts and from equipment being paid for but never undelivered.

Most analysts have hailed the whistle-blowing that led to this and commended the role played by the internal auditing systems and post-auditing inspections of armed forces and security services, as well as that played by external oversight bodies. They have also appreciated the swift reaction by the judiciary.

Indeed, an acceptable threshold of transparency is needed in the countries of the Sahel—and in Africa overall—if essential national security requirements are to be meet and the crucial political, administrative and citizen control of resources is to be preserved. However, Sahelian countries face two structural pitfalls that can impede progress toward that threshold on a long-term basis.

Transparency in the arms trade is lacking

The first pitfall concerns the fact that some countries exporting weapons to Africa are not parties to the Arms Trade Treaty (ATT). Russia in particular can be highlighted: its exports to sub-Saharan Africa have been growing in volume over the past five years, and in 2019 it supplied half (49%) of the military equipment purchased in Africa (according to figures published by SIPRI). Additionally, transparency is impeded by the low rate at which States Parties have submitted annual reports, as required by Article 13 of the ATT. Niger, for example, has never met this obligation. Mali submitted only once, in 2015, and Burkina Faso has not complied since 2018.

When the ATT was adopted and came into force in 2013 and 2014, it promoted transparency and responsibility in the arms trade, but these are now seriously compromised. It is now urgent that the United Nations and all governments of countries exporting and importing conventional arms realize the implications of this status quo on international security, on the protection of human rights, and on the criminalization of financial flows linked to this highly sensitive but, paradoxically, poorly regulated trade.

Indeed, the transfer procedures established by the treaty, along with the information they make possible to communicate and cross-check, act as solid safeguards to preserve both a minimum of transparency in the execution of arms contracts and a maximum of collective security for the States Parties.

The second pitfall, which is specific to the Sahelian countries in particular and African countries in general, is related to the self-censorship of parliaments that have relinquished performing their constitutional prerogatives on the legally unsustainable grounds that defense and security fall within the exclusive scope of the executive branch (especially in a presidential system). This self-censorship is uncalled for. The leading role of the United States Congress in the mechanisms for overseeing implementation of national security policy in a presidential regime illustrates how this division and separation of powers that make up a democracy are essential, regardless of whether the regime is parliamentary, semi-presidential or presidential.

Such self-censorship is maintained politically by the executive branch and the parties close to power and represented in parliament, and institutionally by the capacity deficit of the standing committees responsible for security and defense. The standing committees lack the human and financial resources needed to carry out their mandate, which includes monitoring government action—and especially public procurement—in the security sector.

In 2020, the percentages of national budget resources allocated to the security and defense sectors were 20% in Niger and Mali and 12% in Burkina Faso (although implementation rates generally do not exceed 60%). In short, huge resources are mobilized from the taxpayers of these countries and from donor countries but are spent with little or no control.

In Burkina Faso, Mali, and Niger, better supervision and democratic control of those sectors are crucial for lasting stability in the Sahel. To achieve this, it is necessary to set up and strengthen security systems and institutions that are committed as much to accountability as to human rights and the rule of law.

The current political transition in Mali offers just the opportunity for the Economic Community of West African States (ECOWAS) and all stakeholders in that country to implement the principles and recommendations of the Policy Framework for Security Sector Reform and Governance that was adopted by ECOWAS in 2016, but for the most part not implemented by its Member States.

Financial transparency as a guarantee of public support

Finally, opaqueness has been the rule rather than the exception with regard to security expenditures in most African (and some non-African) countries, and this trend runs counter to the trend of “open government” for all public revenues and expenditure. The International Budget Partnership (IBP) 2019 report, which measures the budgetary transparency of States through its “Open Budget Index,” reveals that no country in West Africa has yet reached the threshold of 61 points out of 100 required to achieve what is considered satisfactory transparency.

All this means that the challenges in this area are absolutely critical and that all stakeholders would benefit from contributing to greater transparency. Indeed, for the troops engaged with the armed terrorist groups in the Sahel region, their operational effectiveness also—and perhaps above all—depends on how much trust they have in the legitimacy of their leaders and political branches, as well as on the population’s trust. Unfortunately, this confidence seems to be eroded, and rightly so, by the corruption scandals that continue to occur at the same pace as the tragic defeats punctuated by a few victories. 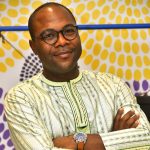 Chair of the Beninese Association of Strategic and Security Studies - ABESS