You can republish our articles for free under our Creative Commons license.
Aquaculture already plays a significant role in food security but to reach its full potential, it needs to innovate and anticipate coming challenges. Picture taken in bengladesh / © Worldfish

Aquaculture has experienced spectacular growth in recent decades, averaging 8% annually since the 1990’s. It is now close to overtaking capture fisheries as the leading source of aquatic food for human consumption, and makes substantial contributions to global food security. The world’s current demand for aquatic food of 131 million tons is projected to grow to 204 million tons by 2030. Virtually all this increase will come from aquaculture, as the contribution of capture fisheries to global food supplies is unlikely to grow significantly.

Aquaculture, between perceptions and reality

Aquaculture’s rapid expansion has attracted controversy for its perceived environmental unsustainability. Research and media coverage originating in the Global North has focused on a handful of commodities consumed in Northern markets, most notably shrimp, pangasius and salmon. Production of these species has historically led to negative environmental impacts, including water pollution, mangrove deforestation, disease and increased pressure on wild fish stocks for feed, as well as social impacts around unfree labor, inequitable land use and financial insecurity, resulting in popular perceptions of aquaculture that are not representative of the sector globally.

Fueled by vibrant domestic and international private sectors, aquaculture is innovating and transforming rapidly to incorporate new production techniques and species. Some of the environmental and social challenges identified in earlier research and media coverage persist, especially in key sectors such as shrimp and salmon, while new environmental and social challenges, such as climate change, remain largely overlooked. Yet, public perceptions of aquaculture continue to be based more on conventional wisdom than on robust data. Addressing current sustainability challenges in aquaculture and anticipating future ones therefore requires a deeper understanding of the global sector.

Aquaculture is concentrated in Asia, which accounts for 89% of farmed aquatic animal supply, but it is also growing rapidly in parts of Africa (e.g. Egypt, Nigeria, Ghana) and Latin America (e.g. Brazil). Although internationally traded aquaculture commodities consumed in the Global North have attracted most academic and popular attention, 9 out of 10 fish farmed in the top-ten aquaculture producing developing countries are consumed domestically. The rapid expansion of aquaculture supplying these markets over the past three decades has driven down the price of farmed fish, making them affordable for low and middle-income consumers.

While much recent interest in aquaculture has focused on the perceived potential of marine farming, aquaculture’s rapid expansion in the Global South has occurred predominantly in land-based farming systems. Freshwater farming accounts for 75% of edible aquaculture product globally. It is practiced predominantly by a multitude of small but commercially-oriented farms, connected to markets via value chains that generate significant employment opportunities off-farm. The emergence and proliferation of these small-scale entrepreneurs has taken place largely in response to growing demand from consumers in domestic markets, driven by urbanization and rising incomes.

One of the most enduring controversies associated with aquaculture is its dependence on fish meal and fish oil as a key component in some fish feeds. These ingredients are produced mainly using small marine fish such as anchovies, that could potentially otherwise be consumed directly by humans. Harvesting such fish can also lead to overfishing that negatively impacts marine ecosystems. The share of total global fishmeal production used by the aquaculture sector jumped from 33% to 66% between 2000 and 2016, highlighting the sector’s continuing dependence on fishery resources. However, this observation obscures some important trends.

First, fish meal utilization is becoming far more efficient. Although global fish feed production tripled from 2000 to 2017, the total catch of small pelagic fish diverted to fishmeal actually fell by more than 30% over the same period. This trend arises from the confluence of several sets of innovations: (1) Research has improved the efficiency of feed use through better formulation tailored to fish’s specific nutritional requirements. (2) Fish meal and oil in feeds are increasingly being replaced by alternative vegetable, bacterial, algal, and insect based alternative ingredients. (3) Utilization of fish processing waste in feeds has increased sharply, and now accounts for about one-third of all fish meal. As a result, farmed salmon and trout now produce as much fish biomass as they utilize, and are thus net neutral with respect to fish consumption.

Second, the main farmed freshwater fish species such as carp and tilapia, have extremely low fish meal and fish oil requirements, and their production often utilizes little or no marine feed ingredients.

Third, over the last 20 years the production of ‘extractive’ species such as mollusks (clams, oysters, mussels and other bivalves) and seaweeds within the aquaculture sector has doubled, following a similar growth trend to land-based finfish and crustacean production. These species not only provide food but also a wide range of ecosystem services such as water filtration and nutrient capture, contributing to the sustainability of the sector.

Aquaculture has an increasingly significant role to play in global food systems, as a source of livelihoods and human nutrition. But for the sector to reach its full potential, policymakers need to recognize that it is neither driven primarily by high value export markets, nor heavily constrained by the increasing price of fish meal and fish oil. A wider vision is needed that supports ongoing innovation, anticipates the emergence of new challenges, and recognizes the importance of aquaculture as a key component of the global food system.

For instance, if aquaculture’s dependence on fish meal and fish oil decreases, the sector will become increasingly reliant on terrestrial sources of vegetable protein, and its sustainability profile will become more closely linked to deforestation, carbon emissions, and biodiversity loss caused by agriculture. Alternative feed ingredients, including insects and bacterial products, may also play a growing role, but are yet to be fully assessed or proven in terms of their nutritional, environmental, social and economic feasibility and implications.

Expansion and intensification of aquaculture systems may also mean that the risk of aquatic animal disease outbreaks will increase. As yet the sector lacks a global monitoring system that would support coordinated data collection and sharing across countries and regions and support the design of effective governance mechanisms to reduce risk. While the impacts of such risk on the global industry are unpredictable, the scale of risk is predicted to grown with global warming.

Climate change will require fundamentally new approaches to aquaculture. As the climate becomes more variable, extreme temperatures, flooding events, drought, storm damage, and outbreaks of pathogens, parasites, and pests are all likely to increase, necessitating new production techniques and risk sharing mechanisms, such as insurance, to cope. In addition, climate change impacts on crop yields and fishery landings for feed will likely raise production costs for fed-species, while ocean acidification may detrimentally affect the viability of marine shellfish culture. While increasingly debated, the effects of climate change on aquaculture remain understudied, and global-scale data to plan adaption in the sector a distant aspiration.

Reaching aquaculture’s potential more fully will require better understanding of this scenario, as well as an awareness of emerging sustainability issues, such as the sector’s growing dependence on terrestrial feed sources. Interventions and support to enable sectoral development will need to encompass not only technical innovation, but innovations in policy, regulations, and information systems.

In keeping with a food systems approach, support to aquaculture should be viewed not as a substitute for capture fisheries, but as a complement to them, with each sector making vital but distinct contributions to livelihoods, employment, and nutrition. However, increases in aquaculture production will ultimately drive the affordability of all aquatic foods, and as such are fundamental to enabling more equitable access to nutrient rich foods throughout the world. 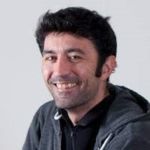 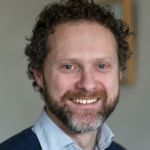 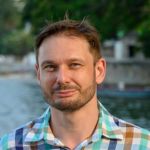