We know that the climate is changing, but specialists tell us that it is difficult for them to make accurate forecasts. The models give trends that do not allow decisions to be taken at local level. For example, in West Africa, there are as many models predicting an increase in rainfall as models predicting a decrease.

Towards 2050, the majority of African countries will have climates on over half of their agricultural land that today are unknown. It is possible to show the impacts of a given stress, but what happens if the temperature, rainfall and carbon dioxide content change in variable proportions? For example, no one knows what the wet equatorial zone (rainfall all year round) may look like in a warmer climate, as the case does not exist anywhere else on the planet.

Agriculture is in the hot seat as we now know that it makes a significant contribution to greenhouse gas emissions: 10 to 12% of emissions, and up to 24% if we take into account changes in land and forest use. And in view of the fact that the number of mouths to feed is still increasing, agriculture will continue to be shown as a sector where things need to change.

Climate change adaptation is quite legitimately the main concern of the agriculture sector in developing countries. But it is possible, while adapting, to also reduce greenhouse gas emissions by modifying land use, livestock feeding and the management of paddy fields. Results have shown that a resilient management of agricultural land adapted to climate hazards makes it possible to store significant amounts of carbon and biomass in the soil and thereby compensate for emissions. Consequently, it is possible to mitigate climate change while adapting to it. This synergy is all the more virtuous if the innovation is designed at the level of heterogeneous landscapes in which it is easier to make use of the regulatory functions of nature than at the level of a plant or a plot. For example, the objectives of mitigation and adaptation can be divided between different parts of the landscape.

If adaptation and mitigation have until now been separated in the climate change debate, it is for institutional and political reasons that are in fact inconsistent with a number of agricultural practices. The ideal equation in face of climate uncertainty is that of climate-smart agriculture: “adaptation + mitigation + sustainable food security”. Finding the solution to this requires having reliable climate information in order to minimize the risks linked to climate hazards. For example, farmers need to have access to weather forecasts. Agronomists need to be able to rely on accurate predictive models to guide breeding programs. Decision-makers need detailed figures on the mitigation potential of various practices in order to guide public policies. Yet all too often, the agriculture sector in developing countries is on its own and does not benefit from sufficient attention from governments. It is not normal to leave cities grow and rural areas to lose their population as has been the case in developed countries. What can be done to motivate young people in developing countries to become farmers?

To be resilient and sustainably contribute to food security, climate-smart agriculture needs to be based on the ecological principles at work in the biological and ecosystem cycles observed in nature. This is the principle of ecological intensification, which is quite different from that of industrial agriculture, which is based on artificializing the environment and economies of scale. Conversely, there is a need to promote small structures, diversity, the respect of natural equilibrium and the protection of the planet’s resources in the long term. A few main themes can illustrate this approach, for example, the combination of adaptation and mitigation in multipurpose landscapes, breeding based on resilience criteria, the study of the impacts of climate change on pests and diseases, the fight against losses of agricultural water, or the research into lesser-known crops that are more adapted to the environment.

These options often combine adaptation and mitigation criteria. The best example is probably practices that aim to increase soil organic matter, such as agroforestry or conservation agriculture. These practices lead to better adaptation because a soil rich in organic matter buffers climate variations, particularly water stress. This also contributes to climate change mitigation, as carbon is stored in the soil or in the biomass. In addition, if crops are chosen that are well suited to cropping associations and adapted to local conditions, sustainable production is possible.

Taking action: An emergency and argument in the international negotiations

Agriculture lies at the intersection between climate change adaptation and mitigation. It suffers from climate change, but also contributes to it, while being part of the solution. If we do nothing, in 30 or 40 years, we will no longer be speaking of uncertainty, but of a point of no return and it will perhaps be too late. Agriculture must rapidly change its habits and innovate on the basis of radically different criteria than those of industrial agriculture. Public policies, institutions and financing must support this inevitable change. Furthermore, while developing countries insisted for a long time on only speaking about adaptation in the international climate negotiations, we now know that a number of resilient agroecological practices, including in developing countries, also have high mitigation potential. Things have consequently come full circle: combining adaptation and mitigation is also likely to bridge differences between countries during the upcoming COP21 negotiations.

The opinions expressed in this blog post are those of the author and do not necessarily reflect the official position of his/her institution. 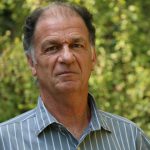