The 2018 introduction of African swine fever (ASF) in China was the catalyst for the extremely rapid spread of the disease across Asia, particularly in South-East Asia, paralyzing the pork industry and causing an unprecedented socio-economic crisis in the countries of this region. Predominated by family-run farms, pig production is of major importance in Asia and plays a central cultural role, both in terms of pork consumption and the socio-economic symbolism of this animal.

African swine fever in South-East Asia: a plague on the pork industry

African swine fever is a highly contagious disease. It affects both wild and domestic pigs, with a mortality rate that is often close to 100%. According to alerts sent by Members of the World Organisation for Animal Health (OIE) via the WAHIS health data portal, official estimates of the number of animals that have died or that have been slaughtered due to African swine fever are considerable. For example, in 2019, Vietnam reported a loss of around 6 million animals, a total that includes not only the death toll on infected farms but also data from preventive culls implemented to contain the spread of the disease.

With no vaccine currently available, only strict biosecurity measures can limit the spread of the disease, e.g. additional precautions relating to the transportation of livestock and animal products, management of dead animals, sanitary control measures in markets and awareness-raising on the use of kitchen waste for animal feed. It must be acknowledged that livestock breeders and professionals in South-East Asia were not prepared to implement such measures, and that national veterinary services are not backed by appropriate legislation, nor do they have the necessary resources to address this kind of outbreak. The structure of the pork production sector provides some insight into understanding the socio-economic consequences of the disease.

Although there are a number of large-scale commercial producers, small, non-specialist, family-run farms make up the majority of the pork sector in South-East Asia. In Myanmar, small-scale farms reportedly generate 95% of production. A large part of national production is therefore dependent on the efforts of individual families, who may be living off a few sows and the sale of piglets. Downstream of these producers, value chains are generally not very industrialized and rely on small-scale intermediaries to serve as the link between primary producers and slaughterhouses.

As in many developing countries, animals represent a source of capital or investment and are even a symbol of wealth. These animals are often managed by women, who depend on this income to meet specific expenses, such as children’s school fees or medical costs. A similar situation can be seen in other regions, such as Africa, where women play an important role in running family farms, including breeding small ruminants.

Such significant losses in production thus directly contribute to the impoverishment of livestock-breeding families, drastically reducing their opportunities to access health care and education, and sometimes leading to loss in social status. Since it is impossible to control the disease in the short term without a vaccine, and due to the difficulty of applying strict biosecurity measures, communities are propelled into a downward spiral of sustained poverty.

National policies focused on a restructuring of the sector, and the progressive abandonment of family production in favor of industrial structures in which biosafety is easier to guarantee, may offer a solution. This approach has been adopted in a number of Eastern European countries. However, following this trend would transform traditional lifestyles and cultural practices and would increase the marginalization of poor rural families if no alternative to pig farming is offered to them.

For large-scale commercial pork producers, financial losses stem from disruption to the market and the side effects of the control measures applied, such as restrictions on the movement of livestock and animal products. This has a social impact linked to job losses of workers in the sector.

Impact on national economies: market instability and the risk of food insecurity

The sudden impoverishment of families, whether caused by a decline in production or job losses, is compounded by the macroeconomic effects of the crisis. Pork meat, highly valued in most Mekong countries, is a cheap source of animal protein. In Vietnam, it accounts for nearly 70% of all meat consumed.

The decline in local, national and regional production increases the risk of pork supply shortages, which can lead to a rise in the consumption of other meats such as poultry. However, production in the poultry sector is not at a level where it can absorb this increased demand. It is important to note that producers in other animal industries also face issues with endemic diseases (for example, foot and mouth disease or avian flu), which significantly limit their capacity to increase productivity, and narrow the opportunities for pig farmers to retrain.

Soaring meat prices make it difficult for consumers to afford meat, increasing the risk of food insecurity for the poorest communities. In Vietnam, the price of pork per kilo has almost doubled in the last two years (from July 2018 to July 2020).

In addition to the economic impacts of African swine fever, the Covid-19 crisis has left populations which make a living from livestock farming or related activities (e.g. slaughter, meat processing) in an even more vulnerable position. Animal health issues should thus be treated as matters of public health, with regard to diseases that can be transmitted to humans, as well as those that threaten food security. However, they should also be seen as a source of socio-economic issues, as they affect the stability of certain countries.

Urgent international cooperation needed to halt the spread of the disease

The emergence of African swine fever in South-East Asia is fairly new, but it has long affected other world regions such as Africa, where it first emerged. More recently, the disease has also become endemic in several European countries. In this region, African swine fever has been relatively well-controlled thanks to the competence of veterinary services and the commitment of industry professionals and hunting federations. The lessons learned in Europe should prove invaluable not only in South-East Asia, where controlling the disease is more difficult, but also in regions preparing for its potential introduction, such as the Americas.

African swine fever is a so-called “transboundary” disease. Considerable vigilance is required to contain its spread because of its capacity to cross borders via the transportation of infected animals (whether domestic pigs or wild swine), the importation of processed meat or the contamination of ordinary travelers’ clothing. It now poses a global threat, and international cooperation is vitally needed to contain the disease and to achieve several of the Sustainable Development Goals (SDGs), including the eradication of poverty (SDG1) and hunger (SDG2).

That is why an initiative for the global control of African swine fever was recently launched under the Global Framework for the Progressive Control of Transboundary Animal Diseases (GF-TADs), a joint initiative between the OIE and FAO. It builds on the experience gained from controlling other diseases, such as foot and mouth disease, which has demonstrated the importance of investing in strong and resilient animal health systems. The OIE, in collaboration with its partners, advocates for this cause on a daily basis with the aim of providing better support to its Members in building the national capacity of their veterinary services.

Frédéric Keck: "A memory of epidemics to imagine future crises" 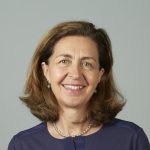