Nigeria: A start-up company aims to build the largest African genetic database in the world

To promote more inclusive research and gain a better understanding of the specific genetics of Africans, the Nigerian start-up company, 54gene, is aiming to build the largest ever Africa-wide DNA database. 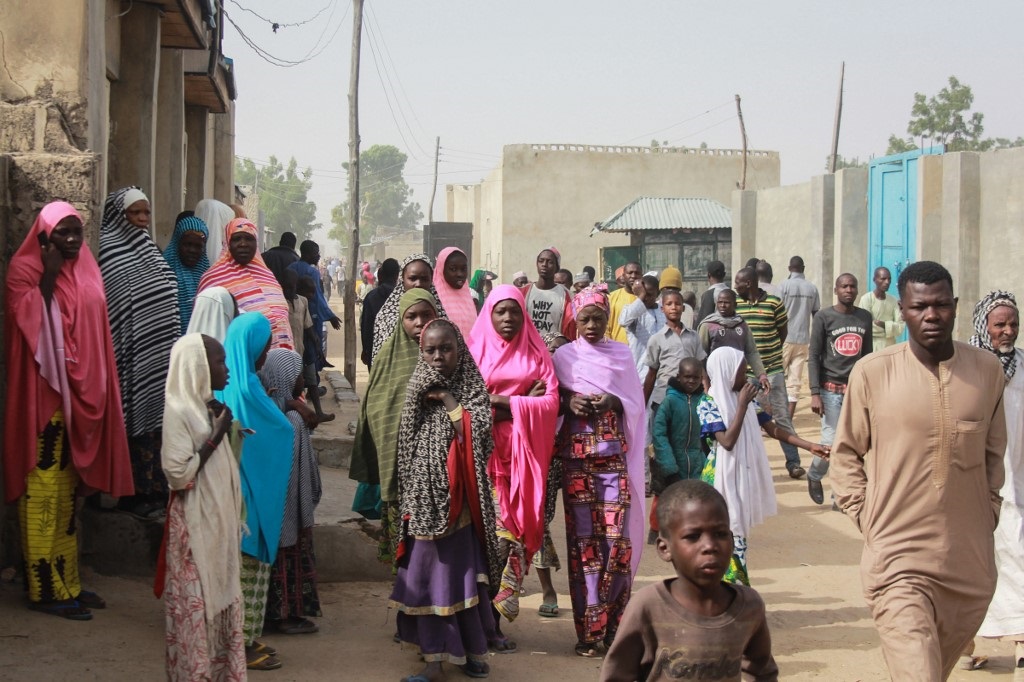 In a street in Sajeri, near the town of Maiduguri (northern Nigeria), in January 2019. Africa is home to the greatest genetic diversity in the world. (Photo: Audu Ali MARTE / AFP)

Today in Africa, the cradle of humanity, there is more genetic diversity that anywhere else in the world. And yet, this genetic wealth remains largely ignored by the world’s scientific community. African genomes account for barely 2% of the genomic data used in research, whereas European genomes are over-represented.

The specific genetic features of African populations are thus not taken into account when most drugs and diagnostic devices are developed. As a result, not only are these health care products potentially less effective for these communities, but there is also a risk that an entire continent will be left out of this much-anticipated revolution in personalized medicine, involving custom-made treatments tailored to patients’ DNA.

To combat this problem, the Nigerian start-up company 54gene, with its 100 employees, is aiming to create the largest ever DNA database of African genomic data. The company has set a target of collecting nearly 100,000 samples by the end of 2020, with the aim of promoting more inclusive research and gaining a better understanding of the world’s most genetically diverse population.

“Our goal is to provide a source of aggregated, anonymized data that will primarily be used by researchers to learn more about the underlying factors in a range of diseases,” says Jessica Rich, Chief Commercial Officer at 54gene. “We hope that providing access to this data will lead to groundbreaking discoveries that will revolutionize health care systems in Africa, as well as across the rest of the world. Our sole aim is to improve the efficacy of medicinal treatments in Africa.”

Fighting diabetes and cancer with genetics

Abasi Ene-Obong, the young CEO and founder of 54gene, is aware that he is at risk for developing diabetes in later life as his father and several other family members have already been diagnosed and, in Africa, there is a growing and concerning proportion of the population being diagnosed with diabetes. However, Obong still does not have the answers to why he, along with the majority of people in Africa, are at a greater risk of contracting diabetes than anywhere else in the world.

The entrepreneur, who holds a PhD in cancer biology from the University of London, is hoping that researchers will use this biobank to help develop more suitable treatments for diabetes, as well as for kidney failure, prostate cancer and malaria. Diabetes currently affects Africans in disproportionately high numbers, compared to the rest of the world’s population as Africa currently accounts for 94% of deaths worldwide.

This is a huge challenge for the Lagos-based company, 54gene, named after the 54 countries in Africa. With life expectancy in Africa having increased by 25 years since 1950, despite the undeniable progress in health care in recent decades, there is still considerable room for improvement in its health care system. However, there is significantly less scientific research funding available in Africa than in Europe, North America or Asia. The research budget in Nigeria, Africa’s largest economy, amounts to just 0.2% of its gross domestic product. Biologists often have no choice but to work for private investors and international organizations, while many leave to pursue careers abroad.

What does this biobank, the object of so much hope, actually look like? “It resembles a series of freezers in which samples are stored at -80°C,” laughs Jessica Rich. 54gene is collaborating with a number of research institutes, hospitals and several pharmaceutical and technological companies, to collect the samples, which will be studied by researchers. The samples are obtained “with the patient’s consent”, states the company’s Chief Commercial Officer.

This genetic material is then anonymized, stored and tagged according to the genetic information it contains. Next, the samples are grouped into several large cohorts, to provide meaningful statistics for researchers with access to this genetic data. In addition, after prior consent has been obtained from the patient, this data is then sold to companies specializing in therapeutic or diagnostic products.

54gene is also committed to fighting the spread of Covid-19, having offered tests to private companies, public laboratories and individuals at the height of the outbreak. According to the company, these $500,000 in support, have contributed to increasing Nigeria’s testing capacity by more than 1,000 tests per day, in an ongoing effort. 54gene was also the first company in Nigeria to launch a mobile coronavirus screening laboratory, providing people in different regions with access to testing. According to official figures, the epidemic has resulted in 1,111 deaths in Nigeria to date.

This fledgling Nigerian company was also behind the launch of the African Center for Translational Genomics. Based in Nigeria, the center has been established to support future generations of local genomics researchers through the provision of scholarships, fellowships, associations, internships, and access to the latest technology in genome research.

The company’s long-term goal is to become a leader in the global health care market. According to Jessica Rich, “the more companies have access to our data, the more value it will create for consumers in the long term. Our entire philosophy is based on the co-development of health care solutions.” At long last, researchers may finally unlock the secrets behind the wealth of genetic diversity in Africa.

See also:
“Access to healthcare can be an accelerator of sustainable development”