Facebook Twitter Link
Copied to clipboard
A pupil using a Kio tablet during a class session in Kawangware, Nairobi on October 2015. Photo by Simon MAINA / AFP

The first Internet connections in Africa arrived back in the late 1990s through geostationary satellites. Projects for satellite constellations were also set up during the same decade. At a later stage, submarine cables were installed around the continent, as well as terrestrial backbones. The first cables connecting Europe, Africa and Asia were put in service in 2002. Most recently, projects for drones and balloons have been tested and a number of submarine cables have been laid.

25% of Internet users in Sub-Saharan Africa

This infrastructure has significantly improved access to Internet and service quality in Africa. The satellites have provided extensive network coverage. However, as they are very costly, they were for a long time reserved for the exclusive use of diplomatic representations, multinational companies and donors. It was the submarine cables and first terrestrial backbones that provided a lower cost and more accessible connection.

Today, according to the World Bank, there is an average of 25% of Internet users in Sub-Saharan Africa, against 60% in North Africa and the Middle East, for a global average of 50.8% (against 82.4% in Europe and 87.6% in North America). Chad only has 6.5% of Internet users among its population, while South Africa passed the 57% mark in 2019. African Internet users mainly live in urban areas and there are still substantial disparities in access to Internet from one country to another. Indeed, about 45% of Africans live over 10 km away from optical fiber network infrastructure.

Control over digital infrastructure has become a key issue, both for the digital giants and governments. For example, the subsidiary of Google Csquared installs digital infrastructure in Africa which can benefit Google services. Similarly, Free Basics promotes access to Facebook services for the poor. New satellite constellations are planned and two new cable projects, led by Google and Facebook, are being developed. , for its part, is working on the first pan-African network in the West and has already provided a number of users with access to mobile Internet in the most populated areas. The need for sovereignty and regulations is increasingly being felt.

As for governments, they heavily tax the digital and telecoms sectors, often neglecting their duty of ensuring  universal access for their citizens. Only 37 African countries have set up a universal access fund and 14 of them (Angola, Burkina Faso, Cameroon, Cape Verde, Chad, Democratic Republic of Congo, Egypt, Gabon, Liberia, Mali, Sierra Leone, Sudan, Swaziland and Zambia) do not publish any information about the use of these funds.

Emergence of a “digital authoritarianism”

Several governments have enacted overly broad laws allowing random arrests and implemented repressive practices restricting freedom of expression and access to information. What is known as “digital authoritarianism” is on the rise in countries like Egypt, Guinea, Kenya, Mauritania, Morocco, Nigeria, Rwanda and Zimbabwe. Political leaders use pretexts, such as the Covid-19 pandemic, to further restrict access to information and justify the extension of mass surveillance. In Zimbabwe, a new law punishes fake news about the pandemic with prison sentences of up to 20 years. In Egypt, the government arrests journalists, blocks information websites and sometimes jails citizens for publications on social networks. This results in a splintering of Internet called “splinternet”. An increasing number of countries are entering into the spiral of a frantic race towards a cyber sovereignty which is balkanizing the Internet.

It is therefore legitimate to question what the future face of cyberspace will be in Africa. Will the digital giants impose their services? Will governments simply satisfy themselves with the power of regulation, or will some be tempted to use digital technology for control, censorship and misinformation purposes?

Against cyberbalkanization: the digital commons

But digital commons need a clear governance framework to develop. Foundations support the development of digital commons with the aim of driving the community or managing conflicts. Its governance is shared and the resources are accessible to all and published under open licenses in the case of source codes and digital content. A digital commons inherently fights against cyberbalkanization as it benefits all through its use and sharing. Creating digital commons can thereby facilitate access to information, make it possible to provide services tailored to citizens’ needs, create local jobs and strengthen the sovereignty of States, while avoiding the splintering of Internet. Producing new digital commons also helps balance relations between the digital giants and governments. This will require designing these new services, ensuring their impacts are measured and controlling potential abuses.

Large-scale pan-African programs based on digital commons need to be envisaged to increase the effectiveness of governments and address the real difficulties of African societies. It is possible to explore potential solutions at a low cost in a wide range of sectors, such as education, transport and health, by using iterative methods. This is what has been done in Mali to create the resources required for the deployment of community radios and rural computer centers. Digital commons have already been launched in Africa, such as the Ushahidi platform managed by the foundation of the same name and the creation of an intergovernmental platform in Liberia. Public-commons partnerships were also set up when the offline encyclopedia Moulin Wiki (now Kiwix) was created, by establishing a partnership with the Wikimedia foundation with funds from the United States Agency for International Development (USAID). Governments are also seeking to promote the use of digital commons in their administrations, for example, in Mauritius, South Africa, Uganda and Egypt via policies to promote the use of open source software.

The digital project in Africa started over 30 years ago and is continuing, despite the difficulties experienced by governments in regulating this strategic sector. Building digital commons is clearly one of the best solutions for increasing the effectiveness of governments in serving citizens in an open cyberspace. However, we should bear in mind that it is easier to build strategies and programs than to understand the impacts they have on societies. Who could have imagined the actual impact of Internet, mobile phones and social networks on our lives? The digital commons deployed on a large scale could really change the situation. 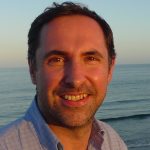 Locust outbreaks, which are becoming more frequent due to climate change, are occurring in Somalia, Ethiopia, Kenya and Djibouti. To face this plague, actors are getting organized in the Horn of Africa.
Shared Innovation

Digital platforms are not only sources of knowledge, they can also help construct sustainable development trajectories through learning, in keeping with the terms of the Paris Agreement.
Opinion