The issue of youth employment, which partly caused the revolution in Tunisia in 2011, remains vitally important in Africa. The international NGO Mercy Corps, founded in 1979 in Portland in the USA, has a European headquarters in Edinburgh and employs 5,000 people in 42 countries around the world. In the 17 African countries where it operates, from Libya to Zimbabwe, Mercy Corps implements projects based at the same time on financial inclusion, vocational training and local governance, all in partnership with local operators. In Tunisia, where unemployment still affects over 35% of young people according to the International Labour Organization (ILO), a project conducted from 2012 to 2016 resulted in the creation of 86 companies, as explained by Bertrand Effantin, Strategic Institutional Partnerships Manager for Mercy Corps Europe and former Head of Mission in this country.

What is the philosophy of your NGO, Mercy Corps?

It is based on three points. Firstly, Mercy Corps is both a humanitarian emergency relief and development NGO. Consequently, it has intervened in all the major crises over the past 20 years for development projects when natural disasters or conflicts occur, as it is very often already on the spot. For example, we were present in Nepal for agricultural development projects during the latest earthquake in April 2015. So, we work for the humanitarian-development continuum.

Secondly, we systematically work with local partners, who act as an interface with the direct beneficiaries.

Finally, many of our projects are developed using a market-based approach, which involves including the originators of the demand in the solutions we offer. For example, we start our projects related to youth employment with a study of the employment market – of both jobseekers and companies to know the opportunities, which very often concern academic or technical skills, but also “soft skills” – social skills relating to education in the broad sense (punctuality, presentation, expression, team spirit, etc.). When we carry out our studies, we employ unemployed young people so that they can realize what the situation is on this market, which concerns them most directly. Making them actors in the process and taking their analyses into account completely changes their commitment and relationship in terms of the project, which does not make them simple beneficiaries.

What has been your most emblematic action for youth employment?

The Tounès Tekhdem project, which means “Tunisia is working”. It was launched in 2012 and was financed by AFD with EUR 1.5 m and by British cooperation with £750,000 (approximately EUR 1 m). The aim was to reduce migrations towards Europe by developing job or start-up opportunities for young people in Tunisia.

Financially, it is not the largest project – for example, we are working on a EUR 40 m water and sanitation project in the Democratic Republic of Congo (DRC). In terms of impact, it is, however, emblematic of what can be tangibly achieved for youth employment, in the field.

There has in particular been a strong impact on local governance and coordination between stakeholders. In Tunisia, there is a will to decentralize administrative services, but there are many barriers. We have shown that it is possible to make several entities that are concerned with youth employment work at local level, such as national employment agencies and MFIs, which come under the private sector or civil society, the Bank of Financing Small and Medium Enterprises (BFPME), farmers’ and fishermen’s groups, and associations. In Medenine, a city in the south east of Tunisia, a group of ten or so stakeholders was set up to handle each individual request for group entrepreneurship assistance. If the application submitted is not eligible for a window, it is sent to another stakeholder who more closely meets the need and there is follow-up action by the stakeholder group.

What other tools for action have you used?

We started by circulating information among young Tunisians about the existence and role of microfinance institutions (MFIs) and the products they offer. Three platforms were subsequently set up for interest-free honor loans (i.e. loans with no request for guarantees) in the disaster-struck regions in the south and center of Tunisia (Medenine, Gafsa and Sidi Bouzid). This was done with Initiative France, the leading French financing network for people who set up or take over businesses. These loans have bridged a gap in the range of financing for young people, by offering them the possibility of obtaining a loan for a higher amount than those allocated by MFIs and a lower amount than those of banks. Their amounts range between EUR 8,000 and EUR 10,000 euros. Project initiators can use them as leverage with a commercial bank to have access to other conventional business loans, thanks to this initial contribution.

What do these amounts represent for a start-up budget?

It is a good start: these honor loans have raised a credit amount from “classic” banks almost three times higher than the initial EUR 8,000 to EUR 10,000. These amounts may seem relatively low, but they have nevertheless allowed thirty or so companies to be set up and have created 180 jobs in the Medenine region.

How have you addressed the vocational training component?

We have tested the “Entrepreneur Club” concept, based on the fact that young Tunisian people train in technical activities (carpentry, air-conditioning, maintenance), but are not trained in the non-technical aspects which would facilitate their entry into the labor market. We questioned 280 local companies about their recruitment priorities. It is clear that these criteria concern technical skills, but also life skills: behavior, punctuality, expression, presentation, etc.

A pilot “Entrepreneur Club” has been launched in 15 public vocational training centers in Tunisia to let young people take the initiative: in other words, mobilize other young people, organize meetings with companies, language lessons, etc. We were facilitators in this process, which involved the least possible number of adults from the training center. The aim was to develop all leadership skills. The testimonies speak for themselves: the young people told us: “I have regained my self-confidence, I can organize a meeting with adults and professionals”.

The Tunisian Agency for Vocational Training (ATFP) has decided to set up an Entrepreneur Club Department, in order to replicate them in the country’s 140 public vocational training centers, with technical assistance from Mercy Corps. There is consequently a nursery effect which we are proud of.

What main lesson have you learned from this project?

Young people in their thirties who are unmarried and unemployed are a particularly vulnerable population which needs special attention. This population feels rejected. In the best-case scenario, some decide to leave the country for Italy, otherwise they turn against their country by going to fight for Daesh, which offers them a more important role. Tunisia is the largest provider of Daesh’s foreign fighters in Syria and Iraq. We have conducted a lot of advocacy among these young people. We have placed them at the center of the mechanism for our projects, in order to make them actors in it and not simply beneficiaries and allow them to dialogue with their environment.

Are you replicating this experience elsewhere in Africa?

Besides Tunisia, we have programs to improve youth employment in Kenya, Liberia, Uganda, Mali and Niger. We are developing enhanced strategies in Nigeria, where the Islamist sect Boko Haram has caused the displacement of 1.5 million people in the north east of the country. We started by questioning Boko Haram fighters in order to understand their motivations. The sect offers microcredits and thereby has a hold over its “clients”, by putting pressure on them to commit violent actions if they are unable to repay. Young people do not go there for ideological reasons, but out of necessity and in search of financial opportunities. Consequently, countering Boko Haram’s influence requires improving access to microfinance and innovative “meso-finance” financial services.


Our programs are based on studies and not on assumptions. Contrary to what one might think, the least educated young people are not necessarily the most at risk. It is not their social origin which drives young people towards violence, but a feeling of exclusion, and sometimes a simple opportunity, as many of them go towards those who offer them an income, even if it is low, or a small loan. 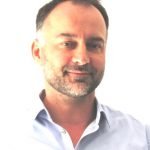