Economist in the Research Department at Agence Française de Développement

While at the macroeconomic level there is generally a positive correlation between development and reducing gender inequalities, this link is not systematic. Mainstreaming gender into the design phase for development projects can contribute to reducing these inequalities. However, this approach requires a detailed analysis of the context in order to avoid any potential negative effects on the situation of women.

Raise the profile of gender inequalities

The gender approach analyzes the social relations and power relations between women and men, based on the assignment of roles that are socially constructed according to gender. Gender inequalities around the world largely stem from unequal “gender social relations”, i.e. roles assigned to men and women by society, and not by their “biological nature”. These roles have historically always disadvantaged women. Their distribution, as with that of responsibilities, activities and resources, leads to inequalities and restricts women’s freedom to enjoy human rights.

In some countries, they continue to be “legal minors”; they do not benefit from the same rights and are victims of discrimination related to customs and traditions, which is sometimes exacerbated by the role of institutions and policies. They also suffer from inequalities in accessing and controlling resources. This approach aims to raise the profile of these inequalities in order to take them into account in development policies, programs and projects. The objective is to work towards gender equality in order to offer men and women the same access to resources and the same opportunities.

Development-gender: a virtuous but not systematic circle

There is a strong and two-way connection between development and the reduction of gender inequalities. Poverty reduction policies can improve the lives of populations, but even more so those of women and girls. Esther Duflo has demonstrated that development can play a major role in reducing gender inequalities, even when the action is not taken for this specific purpose. As economic development is generally combined with a fall in fertility rates, in most countries this results in a reduction in gender inequalities. This particularly includes a greater participation of women in economic life. Development can sometimes also lighten their workload and, consequently, facilitate their access to paid activities. In South Africa, for example, electrification in rural areas has led to a 9.5% increase in female employment, without reducing the work of men: as less time is allocated to domestic work, they can start micro-enterprises.

Reducing gender inequalities has a significant impact on development. Several studies conducted at the macroeconomic level show that greater equality in access to education, health, financial resources and economic opportunities makes an undeniable contribution to growth (Elborgh-Woytek et al., 2013). Research on agricultural productivity in Africa shows that reducing gender inequalities could lead to a significant increase in agricultural yields. For example, giving women farmers in Kenya the same level of agricultural inputs and education as men would increase farmers’ productivity by over 50%. Research on inequalities on the labor market has also shown that eliminating gender discrimination in access to and retention in employment could not only increase women’s incomes, but also Gross National Income (GNI). In Latin America, this would raise women’s salaries by 50% and increase GNI by 5%. These inequalities do not only affect Southern countries: according to the latest OECD report on gender inequalities, if OECD countries completely eliminated gender inequality, in terms of the activity rate from now until 2030, their Gross Domestic Product (GDP) would increase by 12%.

However, this link is not automatic and counter-examples show that modernization, which often goes hand in hand with growth in a country, can be harmful for women. For example, in China, the number of boys born compared to girls was much higher in the 1970s due to a more systematic use of ultrasound scanners. Economic development, or the increase in per capita income, is not a sufficient condition to reduce gender inequalities. Economic growth does not, in particular, remove inequalities in access to resources and to the various types of capital, and gender inequalities persist in several countries with a high average per capita income (e.g. Saudi Arabia). Development alone is not sufficient to eliminate inequalities: legislative changes, as well as interventions that specifically target women and gender social relations, are sometimes required.

For a cautious mainstreaming of gender-related issues

Gender mainstreaming in the design of development projects does, nevertheless, require a detailed analysis of social relations. For example, installing a standpipe in a village eases women’s work as they do not have to go so far, but as you have to pay to use it, they need to find paid work. During a project financed by Agence Française de Développement in Mali, the project managers saw that while husbands used to pay on the basis of a contribution system, the payment per volume at the standpipe was borne by the wives. These standpipes must also be installed after discussions with people who represent all the village members and not only men. While they are traditionally the decision-makers, they are not the best placed to discuss the location of the standpipes, which are used by women.

As the interests of men and women are not necessarily the same, it is vital to take into account everyone’s interests and economic role, as well as power relations. The approach requires devoting more time to the project analysis phase. Will donors and development actors, who are often very much taken up by the implementation of their projects, take this time, which is necessary in order to enhance the impact that their projects have on the status of women? 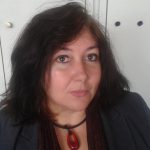 Economist in the Research Department at Agence Française de Développement