In February, a new wave of xenophobic violence flared up in South Africa, following the violence of May 2008 (62 deaths) and that of 2015, targeting African immigrants in the black townships of several major cities of the country. African Diaspora Forum (ADF), a pan-African NGO founded in 2008, works to integrate foreigners into South African society. ADF Chairperson Marc Gbaffou, a 44-year-old Ivorian engineer living in Johannesburg since 1997, sums up the situation in this article.

We often forget that African migrations occur in Africa itself, and not just towards Europe, the Gulf countries, or the Americas. Since 1994, many nationals from all over Africa have tried their luck in the country of Nelson Mandela.

They have joined older waves of immigration from Lesotho, Swaziland, Mozambique and Zimbabwe, who for decades have provided Africa’s sole industrialized economy with miners, laborers, gardeners, and waiters.

It remains very difficult to identify the number of international migrants in South Africa. The census of 2001 indicated that there were 350,000 immigrants, but the last census, in 2011, did not try to count them, to our great surprise. The authorities and newspapers often mention 2 or even 5 million foreigners on African soil. This great uncertainty allows the authorities to easily make scapegoats out of them.

For our part, we know that the largest community comes from the Democratic Republic of the Congo (DRC), with 30,000 people. It seems there would be about the same number of Nigerians. Next come, in descending order for the French-speaking Africans, are Rwandans, Senegalese, Malians, and Ivorians, with the latter not numbering more than 1,000 in South Africa.

The African immigrants are accused of taking work away from South Africans, who are faced with an official unemployment rate of 27% of the working population, affecting 37% of Blacks and only 7% of Whites. However, this figure remains largely underestimated, as it does not take into account the 2 million persons who declare having given up looking for a job. According to the Centre for Migration, only 4% of workers are foreigners.

Working for social cohesion against xenophobic violence in South Africa

Those most exposed to xenophobic violence are the foreigners living in the slums and townships alongside black South Africans. These are especially Somalians and Ethiopians who run ‘spaza shops’, which are small convenience stores housed in containers. Zimbabweans and Mozambicans are also identified as foreigners in these environments that can become hostile, as we saw in 2008 along with an explosion of violence that had not been seen since apartheid.

Some victims are burned alive when subject to ‘necklacing’ (when a tire drenched in gasoline is put over the victim’s head and set on fire), a form of torture that used to be inflicted on people suspected of being spies for the racist regime. People are paralyzed for life today, and hundreds have been voluntarily repatriated following these events.

When we started out, we gathered funds to repatriate 500 people: 200 to Mozambique and 300 to Zimbabwe. African Diaspora Forum now has 7,000 members from 35 different countries. They are individuals or associations that are more or less structured depending on the communities. The Nigerian community, for example, is not very organized.

Today, we work over the long term, with our 3 permanent staff members and 27 volunteers, in order to create ties, build bridges, and work for social cohesion. That is our reason for being. With help from CCFD-Terre Solidaire and the French Embassy, since 2014 we have sent delegations to make ‘contact’ in five difficult neighborhoods around Johannesburg, in the townships of Alexandra, Etwatwa, Katlehong, Diepsloot, and Orange Farm. The objective: to talk with South Africans about the culture of ‘foreigners’, and also about the precise reasons that drive Somalians, Nigerians, or Congolese to emigrate.

We bring up migrant stereotypes, which are sustained by official discourse that presents migrants as people who are criminals, who transmit diseases, and who seek to marry South African women to become documented.

African Diaspora Forum also invites African immigrants to take part in neighborhood activities. African migrants are sometimes afraid to participate in meetings of South Africans, because they think they always end up with troubles. For their part, South Africans believe that the migrants are not interested in them and do not become involved in neighborhood life because they are going to go back home.

The economic contribution of immigrants

With regard to the economic aspect of the presence of migrants, we want to show how their currency transfers to their country of origin are important. To do so, we want to conduct a serious study, for which we are seeking funding. We carry out advocacy so that small-scale shop owners can have a space in cities to sell, even if it means that local authorities arrange for them to pay taxes and make their contribution.

Migration: putting an end to clichés about the “brain drain”

South African government policy is marked by a very strong attitude of denial of the violence that migrants can suffer, as well as of the issue of their positive contribution to the South African economy. One study conducted by the Gauteng City-Region Observatory has shown that the many small shops opened by foreigners also create jobs for South Africans.

This research has not been taken seriously by the authorities, who continue to accuse migrants of taking away work from South Africans, even though the labor law is very strict. A South African employer who wants to hire a foreigner, whoever he may be, must first of all prove that no South African has the skills to do that job.

The authorities, who are failing to fix the huge social problems of the country, are passing on responsibility for their failures to the migrants.

In February, we began to fear new xenophobic violence. Demonstrations against foreigners were announced in Tshwane (formerly Pretoria) on the 14th of that month by the association called ‘Mamelodi Concerned Residents’, which spreads hostile messages in all the black townships of Gauteng province. Our association wrote an open letter to President Jacob Zuma to alert him, in partnership with the National Union of Metalworkers of South Africa (NUMSA) and the national coalition of South African associations, United Front. Our appeals were unfortunately not heard. The Tshwane demonstration of February 19 was thus authorized by the authorities. As predicted, it stirred up xenophobic violence against foreign property and individuals.

In this context of xenophobic threats not being taken seriously by either local or national leaders, the work of the African Diaspora Forum as a whistle-blower and vanguard of social cohesion is more essential than ever. 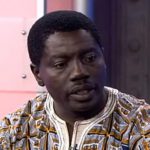