Facebook Twitter Link
Copied to clipboard
A Syrian woman and children in the camp of Washukanni in the northeastern Syrian al-Hasakeh governorate, on November 12, 2020. (Photo by Delil SOULEIMAN / AFP)

“Peace is inextricably linked with equality between women and men”. It was twenty-one years ago on the 8th of March 2000, when the UN Security Council President Anwarul Karim Chowdhury (Bangladesh) made history with his statement. Seven months later, on 31 October 2000, under the presidency of Namibia, the UN Security Council adopted Resolution (UNSCR) 1325 on women, peace and security.

The adoption of the UNSCR 1325 was celebrated as a ground-breaking achievement, but it also represented the foundation of a larger movement of women’s rights activists that led to the creation of what is known today as the women, peace and security (WPS) agenda. Over the years the UN Security Council has issued more resolutions on WPS than on any other topic. As of December 2020, the WPS agenda comprises of 10 UNSCRs, which reinforce and clarify the aims of UNSCR 1325. Additionally, in August 2020 the UN Security Council has adopted resolution 2538, which is the first thematic resolution on Women and Peacekeeping and supports the WPS agenda.

In 2013, Ban Ki-moon  re-affirmed the centrality of gender equality to peace and security  by saying that “Women’s participation in peace efforts is a matter of gender equality and universal human rights – and crucial to achieving sustainable peace, economic recovery, social cohesion and political legitimacy”. Women have a different role in society with different interests and perspectives than men. Not only women are regularly victims of mass displacement, but they often carry a socio-economic burden associated with the disappearance or death of their male relatives. In addition, some sexual and gender-based violence crimes, including rape, forced marriage and sexual slavery, have specifically targeted women. To ensure that these human rights violations are addressed and that women’s voices are heard, their participation is paramount in every phase of the peace making and post-conflict reconstruction process.

The adoption of UNSCR 1325 represented a fundamental step to bring women’s rights issues and participation to the core of the UN Security Council activities, from conflict prevention through peace making and post-conflict reconstruction. However, beyond the significance of the WPS agenda, some feminists have underlined the “cost-free” characteristic of this resolution, which contains several “requests” and “demands” to Member States, but has left much space for maneuvers to decide how, when and to what extent to implement the WPS agenda.

Twenty years on: is the glass half full or half empty?

The adoption of the UNSCR 1325 and its sister resolutions has prompted a number of international organizations to analyze security and external affairs issues from a gender perspective. At the regional level there are today 11 regional action plans; organizations like the EU, NATO, the African Union, and the Organization for Security and Cooperation in Europe (OSCE) have adopted policies and regional instruments to guide the implementation of the WPS agenda. In December 2018, the EU adopted the Strategic Approach to WPS, replacing the 2008 Comprehensive Approach, which predates the majority of the UNSCRs on WPS and was therefore considered an outdated framework. The new EU Strategic Approach to WPS has a transformative approach that places gender mainstreaming and women’s participation at the center of the strategy.

At the national level, the implementation of the WPS agenda was boosted and facilitated by the adoption of national action plans (NAPs). NAPs are comprehensive strategies that can effectively link government policies on security with gender priorities and is one of the ways in which a state shows a commitment to the WPS agenda. However, as of December 2020, twenty years after the adoption of UNSC 1325, there were only 89 countries that had adopted a NAP for the implementation of the UNSCR on WPS, less than half of the 193 UN Member States. Among them 23 are African States, 36 are OSCE participating States and among them 23 are also EU Member States. Will it take another 20 years to have all 193 UN Member States to adopt a NAP on WPS ad what kind of NAP can we expect? In fact, the lack of legally binding instruments and monitoring mechanisms from the side of the UN Security Council is a limitation to the full realization of the WPS agenda and the adoption of a NAP does not always mean increased accountability.

The ownership and accountability gap

The UN Global study emphasizes the key role of NAPs as tools that help raise awareness of stakeholders (beyond the feminist groups). Inclusive NAPs processes are more likely to instill ownership from the development phase, which is a key factor for a good monitoring, evaluation and reporting system and is conducive to increased accountability. Yet, a closer look at the NAPs adoption globally shows some critical gaps, which can lead to declaratory actions, rather than actual commitments to the women’s rights cause.

1) Budget is a critical one. Only 43 NAPs are accompanied by a budget, while the other 46 are not. The situation is not better in the OSCE region where those that have a budget are only 14%. While several fragile and conflict-affected states may rely on donors for funding NAPs core activities, often there is little interest to fund monitoring activities, baseline studies and systematic data collection, which are vital to measure progress and ensure accountability.

2) Frequently NAPs resemble to a list of short/medium term activities lacking a long-term vision and theory of change to tackle institutional and attitudinal barriers that could guarantee a feminist transformative change. This short-term approach is also reflected in the limited investment to build the capacity of staff and civil society actors in charge of monitoring, evaluation and reporting, which are often considered activities beyond the remit of NAPs implementation.

3) Thirdly, although the WPS is at its core a women’s human rights agenda and women civil society organizations (CSO) have played a key role in its adoption, only 75% of the NAPs give them a specific responsibility for the implementation. Furthermore, there is a second level of exclusion by CSOs that compete for a greater role and funding. While there are good examples of grassroots consultations, studies and field interviews highlight a trend to use shortcuts and quick consultations with conflict-affected women and local officials. This creates dynamics of what I call “elitist inclusion” in working groups of capital-based NGOs, with a blatant exclusion of grassroots activists from the discussion table that goes beyond the logics of practicality (interviews: CSOs, Ukraine, 2020). Both the state and the NGOs driven exclusion of actors at the provincial and local level have an impact on the lack of ownership in the monitoring and reporting phase, with a clear impact on accountability, although there is a recent move toward the localization of NAPs (interviews: CSOs and IOs, Ukraine, 2020).

Bringing women’s rights to the fore

Overall, NAPs as “solutions” and accountability instruments to the implementation gap do not seem to reach their full potential yet. Accountability is even more difficult to happen when WPS advocates lack the financial and human resources to hold governments accountable and are often victims of harassment and even death threats due to their women’s rights activism.

Reporting is often a difficult task that does not benefit fully from the complementarity of the WPS agenda with the international women’s rights framework. Coordination is fundamental to enhance accountability, both at the national level among actors and at the regional level among Member States. At the national level, synchronizing the reporting with other women’s rights instruments can reinforce the WPS agenda. In 2013, the Convention on the Elimination of all Forms of Discrimination against Women (CEDAW) Committee has adopted “General Recommendation No. 30 on Women in Conflict Prevention, Conflict and Post-Conflict Situations” (GR 30), which clarifies the obligations of State Parties in all types and phases of a conflict. GR 30 strengthens the essential role of women in conflict prevention, peacebuilding and reconstruction processes and reinforces the link with the women’s rights agenda. The role of GR 30 in the WPS agenda is critical because CEDAW is legally binding on all State Parties that have ratified it. This means that not only State Parties are obliged to report on it, but also that CSOs can submit shadow report on the implementation of UNSCR 1325 to the CEDAW Committee.

Covid-19 has prompted donors to fund research on the impact of the pandemic on women and girls, shedding a particular light on conflict-affected women. Research has shown how displacement and collective accommodations have increased the vulnerabilities of women, making it impossible to follow any of the safety measures recommended against the spread of the virus, especially when these women are the primary carers for children, disabled, or elderly relatives. Lack of access to reproductive services has meant an increased risk for the lives of women and their newborns. Forced confinement has also heightened the threat of gender-based violence and intimate partner violence and has hampered the access to safe shelters. Women globally are the majority of those working in the informal economy, and in fragile and conflict-affected countries, they have been hit even harder by the pandemic, with an impact on their capacity to provide basic food for their families.

Never before women’s rights, or lack of rights, have been at the forefront showing the importance of funding for the women, peace and security agenda and for monitoring and reporting activities. It is in this context that Member States and international organizations must go beyond the rhetoric of women’s day and celebratory events for UNSCR 1325 and take on their responsibilities to ensure that the WPS agenda is strongly anchored to gender equality and that a fully funded and inclusive monitoring and accountability framework are developed. 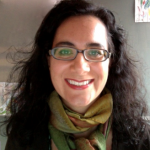 A look back at the multifaceted history of forms of feminism should prompt reflection and analysis on the ideological and political foundations of institutions and thereby allow them to have a clearer and more effective position for their strategies and operations.
Development news