Facebook Twitter Link
Copied to clipboard
At the age of 45, Magatte Wade has built two companies and has been able to promote African natural products in food and cosmetics, mainly in the U.S. market. Photo: Ryan Lash / TED (Flickr Creative Commons)

Long marginalised or relegated to the very “traditional” position of housewives devoted to motherhood, women are now taking the initiative. Some of them are managing to impose their leadership in order to develop their business ideas and run successful companies.

Regarded for many years as a poor performer in terms of gender parity and the promotion of women’s employment, the African continent is now benefiting from the initiative and leadership of the women who account for more than half of its population. The goal of creating a profit-making activity to help support their family unit has transformed many African women into budding entrepreneurs.

There are now many more female entrepreneurial initiatives on this continent than elsewhere in the world, and women can be found running agricultural and craft-related organisations or doing business as market traders. It is clear that African women can no longer be relegated to the status of vendors of products on the stalls of these markets.

One of the continent’s leading female success stories is Massogbè Touré Diabaté , a well-known figure in the promotion of cashew nuts in Côte d’Ivoire. This seasoned entrepreneur in charge of SITA SA has made her mark in the industrial sector and has taken up the challenges of industrialisation and the economic emancipation of women.

Magatte Wade, also in West Africa, is another successful entrepreneur. This born businesswoman has excelled in the promotion of natural African products in the food and cosmetics industry, mainly on the American market. At just 45 years old, Magatte Wade runs two companies and is one of those young African women who are contributing to the continent’s development.

While any woman can, in theory, become an entrepreneur, not everyone is equipped to do so. Being successful in business requires a number of qualities and competencies, not all of which can be acquired at school. African female entrepreneurs are often proof of this, exuding a strong personality that helps them overcome the various challenges and difficulties they face on a daily basis. This is the very essence of the African woman: hope, courage and perseverance, values that are now making them an integral part of the economic, social and sustainable development of the continent.

Women must also manage their family units efficiently and organise their lives as best they can to meet their needs – essential qualities required by budding female entrepreneurs. Makhtar Diop, Vice-President of the World Bank for Sub-Saharan Africa, said as much at the Africa-France Forum in Paris in December 2016: “The entrepreneurial capacity of women in Africa is impressive. They are essential agents of production.”

Determined, ambitious and resourceful, African women continue to gain legitimacy within their communities, despite facing sexism and inequalities on a daily basis.

When seeking to identify the origins of entrepreneurship among African women, what immediately comes to mind are the women and mothers selling food on market stalls, especially in French-speaking Africa, or the “Nanas Benz”, businesswomen from Togo whose main activity is the trade in traditional textiles.

Over time, a generation of female entrepreneurs has emerged, in this case young women, who are breaking with conventions and succeeding in traditionally male-dominated sectors such as architecture, civil engineering, new information and communication technologies, aviation, geology and science. Take the career path of the famous Ivorian “geek” Edith Brou, for example, who has managed to ride the digital wave and bring her personal touch to a very masculine world.

Africa is THE continent of tomorrow and digital technology has opened up excellent opportunities to accelerate its transformation. As a digital entrepreneur, I am part of this wave of the younger generation that is looking to seize the opportunities available to us to rethink a different Africa. Despite the difficulties associated with the cost and quality of Internet connection on the continent, digital technology offers vast business opportunities.

Access to finance is one of the major obstacles for women starting their own businesses. Female entrepreneurship has long been considered as a form of subsistence entrepreneurship in Africa, attracting little interest from investors and donors.

In addition, many women still do not have bank accounts, and therefore rely on personal savings: their bank-account penetration rate is way behind that of men. Access to information is also more difficult for women and appears to be an important factor of inequality.

However, the development of new technologies and the emergence of this new generation of African women entrepreneurs have led to the appearance of a growing number of coaching, training and support programmes, which provide invaluable help for women seeking to start businesses and develop their leadership capacities. Many of these programmes target Sub-Saharan countries in which the majority of female entrepreneurs are found in the informal sector and require support for the development of their concept. However, these services are not always adapted to the target audience’s needs.

Microfinance is an important strategic tool for the many financial and banking institutions targeting female creators of wealth and value on the continent. And while women tended to become entrepreneurs out of necessity in the past, more and more of them today are becoming entrepreneurs out of desire and by choice. This phenomenon is further encouraging funding agencies and support programmes to invest in their projects.

The Internet and mobile phones have made a crucial difference on the African continent, particularly in entrepreneurship-related fields. According to the McKinsey consultancy,  the Internet could contribute $300 billion to the annual GDP of the African continent by 2025, while 67 million smartphones are already in the hands of an extremely young population.

New technologies have opened up very promising fields of action for women. In education, finance, health, business and the media, women no longer hesitate to surf the Web.

This powerful development tool has enabled the training of networks of women capable of advising and, above all, inspiring others. Women in Africa (WIA) and WETECH Africa (Women in Entrepreneurship and Technology) are two of these networks that promote and finance projects, often with a strong economic and social impact, led by women.

The future belongs to women entrepreneurs

In Africa, a new style of entrepreneurship is developing, which combines local traditions with the realities of the socio-economic world, because the key distinguishing feature of the African continent is its large population of young people who are modernising while remaining attached to very strong local cultures.

The members of its diaspora bear witness to this attachment through the links they nurture with the African continent when they do business elsewhere. Africa’s rich and diverse culture is evident in their business models and in their choices of names for their companies, whether in the food industry, the craft industry or in other fields.

This exception is a promise of attractiveness for the continent. That is why it is so important for this new generation of women entrepreneurs to maintain the traditions that make the continent so distinctive and attractive to investors. 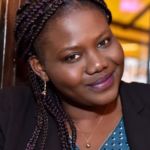