The link between human activity and climate change is established. There is uncertainty as to how exactly the physical processes that mediate between greenhouse gases emissions and changes to our planet’s climate will unfold, but these processes are not easy to reverse, and may even be irreversible. Catastrophic effects are possible in the long-run and the more we wait the greater the risks.

We must step up our efforts to mitigate climate change now as a form of insurance against these growing risks. At the same time, we now know with certainty that climate change will have a larger and more immediate negative impact on many of the world’s poor. Our concern for development and poverty reduction, as captured in the Millennium Development Goals, dictates that we mitigate climate change urgently to reduce the threats to the development prospects of the most vulnerable, as well as take action to help those already affected to adapt.

To mitigate climate change we must make deep cuts in greenhouse gases emissions over the next two or three decades, starting now. This requires fundamental transformations in our carbon-based economies. This task may appear especially challenging now as the world faces the deepest economic crisis in several generations. However, I think that the current challenging economic situation is not a reason to delay action on climate. Instead, it presents a unique opportunity to reinvigorate our response.

To counteract the recession and revive growth, large fiscal expansions are either being considered or implemented. Devoting part of the expanded public spending to green investment and jobs pays off in the short-run -compensating the drop in private consumption and investment – but also helps with the transition towards low carbon economies. This idea is shared by many and is already being incorporated in some economic stimulus plans. For example, the plan currently under consideration in the US allocates resources to revamping the energy grid, making public buildings and housing more energy efficient, increasing renewable energy production, and enhancing mass transit and rail to reduce gas consumption. The proposal of the European Commission for a European stimulus has similar provisions. China’s stimulus package also allocates resources to improve energy efficiency and to modernize the energy grid.

So even though these initiatives could be more ambitious and better coordinated internationally, the opportunity of using the response to the economic crisis to jumpstart our efforts to reduce emissions is, in fact, being seized.

But this alone will not be enough. Policymakers need to ensure at the Conference of Parties 15 in Copenhagen that these public investments made at a difficult time do not go to waste by ensuring a long term commitment to climate change mitigation.

A counter-cyclical fiscal impulse cannot ensure the long-term effectiveness and profitability of these climate change mitigating investments. Our economies will only sustain a long-term commitment to drastically reduce greenhouse gases emissions if we put in place policies that ensure strong and predictable incentives and financing to mitigate climate change. To achieve this, prices in our economies have to send the right signals to households and firms in guiding their consumption and investment decisions towards reducing greenhouse gases emissions. This means prices need to start reflecting the full social costs of emitting greenhouse gases as well as the benefits of opting for carbon-free technology.

At the Conference of Parties 15 in Copenhagen, the world is hoping for a global deal that is comprehensive, ambitious, equitable and sustainable in terms of technical implementation and the political processes in sovereign nations. While some arrangements for carbon trade are already in place, including in the context of the Kyoto Protocol and at the European Union (EU) level, further efforts to price carbon in a way that is effective and fair (reflecting the principle of common but differentiated responsibilities as agreed in the UNFCCC) are crucial.

There are several alternatives to pricing carbon. Cap-and-trade mechanisms, carbon taxes, or a combination thereof, can work. Options that price carbon and that at the same time smooth volatility might be particularly attractive, especially in light of the extreme fossil fuel price volatility over the last few months. Under this extreme volatility, investment priorities and behavioral changes towards less greenhouse gases emitting activities may be reversed – or not started at all. A variable tax on the carbon content of fossil fuels – high when prices are low and automatically lower when prices increase – would be an instrument that would both price carbon and reduce the volatility in the user cost of fossil fuels. In the long-run, a more stable user cost has advantages for both consumers and producers of fossil fuels. Excessive volatility leads to difficulties in planning investments and inefficiencies in the use of fossil fuel resources.

Any arrangement for pricing carbon has to be considered along with the need to ensure that developing countries can meet their energy needs without endangering their economic growth and poverty reduction efforts. Developing countries need to be supported by sufficient resources given their massive needs for scaling up infrastructure and access to energy. A donor-funded program to finance the additional costs of opting for the cleanest technologies available would ensure that as these developmental needs are met in a way that is consistent with climate change mitigation efforts. The program could be financed in part by potential revenues generated in rich countries after the implementation of carbon-pricing mechanisms: the auctioning of emissions permits in cap-and-trade systems and/or carbon taxation.

Policymakers are delivering as they fight the economic crisis while keeping up their commitment to addressing climate change. The world is hoping for this commitment to be kept up in Copenhagen. Many issues will be on the agenda, including efficiency standards and direct subsidies for new technologies. Imaginative new funding mechanisms for both mitigation and adaptation in developing countries will also have to be an integral part of a common strategy. But pricing carbon in an effective, fair, and predictable way – through a combination of cap-and-trade mechanisms and some form of carbon taxation – will have to be on the top of the agenda. 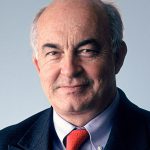