Industrialized and emerging countries are not the only ones concerned by the economic and social implications of the demography of aging. We must include Africa in the discussion. The United Nation’s most conservative forecast predicts that the number of old people in Africa will quandruple from 56 million in 2010 to 215 million by 2050. In light of these numbers, we understand why Africa’s changing age structure should concern us, even though those under 20 years of age represent 50% of the population in some countries. Currently in Africa, only Tunisia has 10% of its population aged 60 or more. However, by 2050, Africa will count nearly as many elderly as Europe. However, compared to Europeans, older Africans will experience a radically different situation upon retirement, since African countries have few or no old-age policies.

African societies must address the increasingly pressing social problem of how to help their elderly live with respect and human dignity in old age. Planners, policymakers and others should think about this issue now, to avoid an aging demography turning into an extra burden. The primary challenge arises from the increase in the number of old people because some can no longer count on traditional familial support systems, and because longevity increases the number of dependent elderly, i.e., those with chronic health problems and those who need assistance every day.

If public authorities do not plan policies now, there will not be effective geriatric institutions to take care of people who will need assisted-living care in 10 or 20 years

Social scientists working in Africa have observed that the status of elders – previously so esteemed as to assume a gerontocracy – is now questioned. We have to understand that until now, intergenerational solidarity in Africa has been a fundamental element in the global social and economic system. Today, various changes affect these intergenerational ties, particularly the lengthening of life expectancies. In the eyes of younger generations, increasingly numerous old people are losing the exceptional status conferred by great age. A loss of autonomy and degenerative diseases affect some of the elderly; many have fewer children to take them in and care for them, or who can no longer do so appropriately. Ageism could therefore replace gerontocracy.

In cities, a number of cultural and economic factors distance younger generations from older ones: smaller average households and living quarters, changes to the economy and employment (including more women working outside the home), middle-class investment in children’s education, and the ascendancy of new values – all conspire to make it harder for adult children to look after their parents. In concrete terms, we already find impoverished old people abandoned by their families in some African cities; the aged poor’s only hope is to be taken care of by a charitable organization.

Caring for the aged also poses challenges in rural areas, because of ever-smaller land transfers from parents to children. Sons can no longer obtain sufficiently large farmlands to stay and live on, while daughters have smaller dowries. Consequently, the young sooner see their future in the city – or in another country – worsening the chances that the elderly will be left alone.

Public authorities must implement old-age policies without delay to avoid isolating the elderly. If they do not plan policies now, there will not be effective geriatric institutions to take care of people who will need assisted-living care in 10 or 20 years. In addition, governments and international donors, working with local nonprofits and private-sector organizations, could catalyze the growth of in-home aide services, such as those found in developed countries, creating jobs that young people want. Such action could provide a quick solution to an immediate problem by helping the poorest elderly remain in their homes. The social efficiency of such targeted actions should be compared to the cost of setting up public pension systems.

To set priorities, a large-scale research program could be launched to better understand how old people live in Africa. By appraising their current situation, we could assess the extent of the supportive-services deficit. 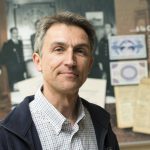