Emilie Goodall, 30 years old, is a British expert and former consultant with the New Philanthropy Capital think tank (NPC), which is dedicated to “charitable governance”.

During the 2015 Convergences Forum, held in Paris from 19 to 21 September, she led the round-table discussion on microfinance reform. As she explains, “the discussion took in the many initiatives launched in the last five years to bring the client to the centre of microfinance operations and place the emphasis on social performance”. These initiatives include the six Principles for Responsible Investment developed by the United Nations in 2006, the Paris call for Socially Responsible Investment in 2011 and the seven principles developed by the Smart Campaign to bring the client back to the centre of microfinance. “These are early days still”, says Emilie Goodall, “each initiative has high ambitions and its own aims, and their practical implementation needs careful monitoring in each case”.

The United Nations Principles for Responsible Investment (UNPRI), for which Emilie Goodall has been working since July 2011, is not strictly speaking a UN agency, but an independent organisation representing a network of international investors, with its own secretariat. When it was launched in 2005, on an initiative from UN Secretary-General Kofi Annan, the UNPRI had a membership of 20 major institutional investors from 12 different countries, assisted by a panel of 70 experts from the finance world, NGOs, civil society and academia.

The UNPRI principles were drawn up in 2006 and have since been signed by 1100 institutions operating in the field of investment. These have now become members of UNPRI, paying an annual subscription which is set on a sliding scale in accordance with their income and their size. The aim is to bring the six principles of responsible investment into practice. In signing up to these principles, the members “publicly undertake, as investors, to adopt and apply these principles insofar as this is consistent with our fiduciary responsibilities. We also undertake to assess the effectiveness of these principles over time and improve their content. We believe that this will enhance our ability to fulfil our commitments to beneficiaries and improve the convergence of our investment activities with the general interests of society”.

The investors clearly have good intentions, but the question still remains as to what can be done if a modest client of a microfinance institution (MFI) feels they have been duped. In many countries, there is no way they can make a complaint to a regulating authority. The Smart Campaign is developing a project for MFI certification, but it is not supposed to be a microfinance policing agency.

The only way of “putting the house in order”, says Emilie Goodall, is “to encourage MFIs to be accountable for their policies and procedures, so that investors know where they are going”. The idea is not to blacklist MFIs that do not play the game, but rather to “work with them to persuade them to change their approach”. 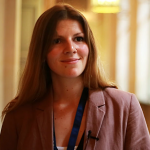