Tamsyn Barton participated in a roundtable on the private sector’s role in sustainable growth during the European Development Days (EDD) on 16 and 17 October in Brussels. Her message: “By blending grants and loans and inviting the private sector, you can use European taxpayers’ money more effectively. We cannot meet the challenges of the next 30 years without the private sector.”

Tamsyn Barton, a development specialist (University of East Anglia graduate), also holds a Ph.D. in Ancient History (Cambridge) and is a specialist in social anthropology (University of London School of Oriental and African Studies). She made her career in several NGOs in India (1993-97), prior to joining the British NGO, Intermediate Technology Development Group (ITDG), then, in 2001, the British international cooperation agency, Department for International Development (DFID), where she was Director of the European Department. In 2007, she was appointed to the Board of Directors of the European Investment Bank (EIB), where she acquired an even broader view of development challenges.

She believes that the main handicap for private companies which are concerned about their social responsibility is the dispersal of interlocutors. “The private sector does not know who to talk to”, stresses Tamsyn Barton, “There is no single window to talk about development”. The second impediment to the private sector’s commitment to development projects is that the risk factor seems too high. “You often have to proceed by demonstration, by using a pioneering project as an example to show private groups that it is worth taking the risk”, she explains, “One of the EIB’s roles is, moreover, to reduce the risk by using guarantees or loans to set up technical assistance.”

One example that Tamsyn Barton likes to quote is that of Cabeolica, the first ever public-private partnership (PPP) organized in the renewable energy sector in Africa, with wind farms in the archipelago of Cape Verde. “The project had a complex structure, but this allowed the private sector, a Danish company in this case, to take the risk. This would not have been possible without the PPP”. The PPP, concluded in 2010, concerns the construction of four wind farms around the archipelago amounting to EUR 65m. The aim of installing an initial capacity of 28 MW of turbines manufactured by the Danish group Vestas is to meet 25% of domestic demand in 2012 and 50% by 2050.

This PPP was concluded in 2010 between the Cape Verde Government, the national electricity company (Electra), Africa Finance Corporation (AFC), Finnfund and Infraco, a private entity made up of international donors, including EIB (which financed the project with an amount of EUR 30m) and the African Development Bank (AfDB, EUR 15m).

For Tamsyn Barton, the main challenge in Africa is “to end poverty”, while taking account of climate change, which is by nature unpredictable. “It is for this reason that a wind project like the one in Cape Verde can resolve many problems: access to energy at the local level and fewer carbon emissions at the global level.” 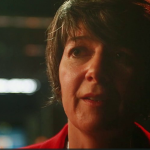