Facebook Twitter Link
Copied to clipboard
Mohamed Asri
Morocco is seen as a microfinance laboratory due to the size of its sector and the way in which it came out of the crisis in 2008. What happened?It all started with unchecked growth. In less than four years – between 2003 and 2007 – the microfinance loan portfolio saw an elevenfold increase and the client base quadrupled. Between 2005 and 2008, 1.4 million people benefited from a total of EUR 620m of microfinance. Not all of them were bankable clients.

According to Mohamed Asri, an expert who worked with PlaNet Finance Micro World, Horus Development Finance and AIDES prior to becoming manager of the National Microfinance Observatory in Morocco, several factors led to a default crisis. “On the one hand, demand was exponential and microfinance institutions (MFIs) met the demand of communities in insecure situations. On the other hand, there was an available supply of finance. Faced with the increase of portfolios at risk, MFIs found themselves in a situation which exceeded their management capacity.”

The overriding lesson to be learned from the Moroccan crisis is that MFIs that fail to see the importance of training their human resources and mobilizing financial resources, with a view to gaining a larger market share, jeopardize their viability. One of Morocco’s four largest MFIs, Zakoura, bore the brunt of this. Indeed, in May 2009 it was taken over by the Banque Populaire Foundation for Microcredit (FBPMC), another MFI supported by a profitable semi-public bank.

No IMF has gone bankrupt in Morocco. The sector would appear to be well structured and since 1999 has been regulated by a law (18/97) governing microcredit associations. It is also under the supervision of both the Ministry of Finance and Economy and the Central Bank – Bank Al Maghreb (BAM). The latter has issued two circulars, one on the best practices of good governance and the other on loan default management. Very early on, the sector benefited from EUR 10m of Government support via the Hassan II Fund.

Following this crisis, an extensive recovery plan was launched, with MFIs accepting to hold their growth in check and build their employees’ capacities, but also to review their client approach. This consolidation plan was supported by the Moroccan Government, which withdrew USD 46m from the Millennium Challenge Account in order to increase refinancing opportunities via the Jaida Fund and support the launch of a technical assistance program on the institutional and technical aspects. A credit bureau now allows MFIs to exchange their data on cross indebtedness, which has reduced the percentage of clients who have contracted several loans. The cross indebtedness rate fell from 39% in October 2008 to 29% in September 2009.

Today, Morocco is able to offer its experience elsewhere in Africa. The CMS-MSM, as a forum for exchanges and promotion, “has signed some agreements with African countries, including Senegal, with the Resource and Documentation Center (CRD), to share skills, know-how and exchange on good management practices, but also with the Sanabel Microfinance Arab network to support its activities in the Maghreb region”, points out Mohamed Asri.

Morocco is also seeking to learn lessons from the experience of other countries, particularly Sub-Saharan African countries where microfinance is well developed, but which do not necessarily have the resources to address the problems it is facing. “In Morocco, we are close enough to the Arab world and the West to strengthen expertise and offer it to those who request it, including in Eastern Europe”, concludes Mohamed Asri. 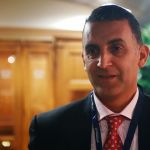