Is crowdfunding an up-and-coming financial tool for development projects in the South?

When we look at market potential, we can answer yes. Crowdfunding has to date collected a total of USD 35bn worldwide for all types of projects (from financing films to start-ups, microfinance, events, and including consumer loans). The collection potential is estimated at USD 1,000bn over the next ten years. A World Bank study on crowdfunding estimates that out of these USD 1,000bn, USD 96bn could be allocated to developing countries. In other words, we are at year zero for crowdfunding for developing countries.

The second point is that the tool is incredibly well suited to solidarity-based collection for charitable and philanthropic purposes (donations for NGOs or humanitarian action, solidarity lending, etc.). Indeed, more than 40% of funds collected by crowdfunding, all activities combined, are destined for solidarity-based projects – by NGOs, in the broad sense.

Better still, in France and the USA, between 5% and 10% of “solidarity” collection via crowdfunding does not concern donations, but loans or equity investment – in other words, investment that has an impact on development. This is what we now call “crowdimpacting”. There are about twenty microcredit websites like Babyloan around the world, which allow contributors to recover their capital, but also with websites for interest-bearing or investment loans in social businesses. In seven years, over 36,000 members have lent EUR 11.5m via Babyloan, allowing 24,500 micro-entrepreneurs to be financed.

In short, various tools are being developed outside donation approaches. It is all the more interesting because the financing of the social and solidarity economy (SSE) in France involves solidarity-based finance, which has existed for thirty years, but only accounts for 0.02% of French finance, a mere drop in the ocean!

Where would these potential USD 96bn come from?

They can come from the general public in Northern countries, via a North-South approach, but also from

diasporas, which is currently the hot topic for donors, given the scale of migrant remittances towards their countries of origin. The third area is South-South crowdfunding, which would allow residents in a Southern country to finance their own development, Malians in Mali for example.

Migrant remittances are indeed huge. How can crowdfunding attract these funds?

World Bank statistics tell us that these remittances are going to stand at USD 450bn a year. When we talk about a potential of USD 96bn of financing likely to go to development projects over the next ten years, this corresponds to average financial volumes of USD 9.6bn a year. If we assume that 50% of these funds come from diasporas – i.e. USD 4.5bn a year, only 1% of average annual flows of migrant remittances – it is almost a dream come true for donors. For productive investments, it would already be an enormous achievement to manage to mobilize between 2% and 3% of all the money transferred through Western Union or Moneygram for direct consumption by relatives who have stayed in the country… We are convinced that crowdfunding can contribute to this.

Why would migrants who make remittances benefit from working with crowdfunding platforms?

The new generations are growing up with the desire to take action, and no longer to only send money to a cousin in Bamako, to move fast. We have conducted a test and launched a temporary application for the Benin diaspora, who have approached us. Out of the 30,000 people from Benin who live in France, we managed to get 300 to come to us. It is not a high figure, but out of the 300 people who clicked on our application, the conversion rate stood at 50%. In other words, half of the people decided to lend average amounts of EUR 40. This type of rate has never been seen before – when we go on the TV news, we can hope for a conversion rate of 1%… It is a sign that something is happening.

So, is Babyloan going to target African immigrants?

We are indeed building a portal which will allow us to launch mini thematic websites. With Total, we are launching Babyloan Access to Energy, which is devoted to microcredit projects in the energy sector, for solar panels for example. This very simple portal will be on our website in the “green microfinance” section.

We also want to create a commercial subsidiary of Babyloan, with the aim of bringing in institutional investors like AFD. The objective is to launch a website with 10 to 15 portals dedicated to different countries. Each portal will have one or two commercial managers, who will be tasked with mobilizing the diasporas in their countries for the applications.

We need to raise EUR 5m to EUR 6m to launch our commercial subsidiary, which is quite a heavy investment. We will subsequently have to work on selecting partner MFIs. In each French-speaking African country, we will have to find at least two or three MFIs who have nationwide coverage. Finally, we need to find really good SMEs. The portals will initially only be accessible to non-resident nationals from the countries in question, for example people from Benin in France, but not those in Benin. Why? The regulations of the West African Economic and Monetary Union (WAEMU) prohibit natural persons from lending, as they consider they are engaging in banking activities.

To attract investors, you need to gain their confidence. How can this be done?

We have an intermediate model: we accredit microfinance institutions (MFIs), because we need to gain confidence in the choice of our partners. We are thinking of directly putting online African SMEs that are followed by French investment funds, or business incubators in Africa that could be directly financed by Babyloan. In this case, we will no longer be working on projects worth EUR 400, but EUR 20,000 to EUR 30,000. The question raised by this choice is: How to select a reliable and sustainable SME? This is why we intend to work with specialists like Jean-Michel Sévérino at Investisseurs et Partenaires (I&P), for example, for the first test.

We are going to back Babyloan Africa with a dedicated investment fund able to raise money with institutions and lend to MFIs using the contributions from the loans made by Internet users. The idea is to say that by using a certain amount of the loans made by Internet users, the fund will triple arrangements for additional credit lines provided to our MFI partners. We are the first crowdfunding website to have combined its activity with an investment fund, a project conducted with Crédit Coopératif and Ecofi based on a Luxembourg fund. Our idea is to remain small-scale in mobilizing diasporas and go and knock on the doors of donors to propose they also invest through contributions. It is a very comprehensive project, which is entirely focused on diasporas. 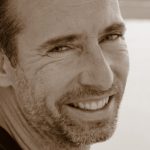