Facebook Twitter Link
Copied to clipboard
Access to water is at the heart of the Sustainable Development Goals. Here, bottles for water kiosks set up by the NGO 1001 Fontaines in Cambodia. Image Credit: 1001fontaines.com

Contaminated water can carry serious and potentially fatal diseases, such as cholera, typhoid and dysentery. The WHO estimates that diarrhea caused by drinking contaminated water leads to more than 485,000 deaths per year, while 785 million people lack access to a basic supply of drinking water.

According to the UN World Water Development Report published in 2019, three in ten people do not have access to a reliable source of drinking water. Throughout the world, people in rural areas who lack access to water supply networks, are most at risk. Surface water pumping, wells and tanker trucks supply them with lower quality water at a much higher price.

In South-East Asia, levels of access to safe drinking water have increased significantly over the past two decades, but a major effort is still needed in more remote areas. This is the situation in Cambodia, where in 2017, only 17% of the rural population had access to safe drinking water. NGO 1001fontaines has been installing “water kiosks” in the country since 2005. Frédéric Dubois, operational director of the NGO in Cambodia, explains the key aspects of this model to iD4D.

How Does a Water Kiosk Work?

The water kiosk is a social innovation. Well or surface water is treated in small production units using relatively simple technology and then supplied to people in rural areas. This completely safe water is delivered to homes in bottles for a low price, at €0.02 per liter. With this Decentralized System, Water can be Supplied to the Most Remote and Vulnerable Households.

Each kiosk is operated by a social micro-entrepreneur who is provided with coaching, mentoring, technical and commercial assistance services by the NGO 1001fontaines. Since 2005, a water kiosk has been installed in one in every four communes in Cambodia. Today, 250 small production units can supply low-cost drinking water to about 7% of the rural population.

What Needs are Met by the Water Kiosks?

They were set up for humanitarian reasons. Cambodia was very badly hit by the war, and twenty years of non-development followed. In rural areas, people were drinking stagnant, untreated water from ponds, and they were getting sick all the time. In this country, as well as throughout the Mekong region, many springs are contaminated with arsenic due to fossil sedimentation. The water from these springs carries a variety of diseases.

The purpose of these water kiosks is to secure the supply of safe drinking water. There are more and more dams appearing along the Mekong River, especially in China. An increasing number of agricultural uses involve the pumping of water resources. Many water supply stations are being run dry. The last two years have been particularly difficult, with levels at a record low during the dry season. The kiosks, which use relatively small quantities of water, are sized to be highly resistant to climate hazards.

What Impact Have the Water Kiosks Made in Terms of Development?

Access to water is central to the Sustainable Development Goals, and this project has many economic and social implications. The kiosks create jobs. In Cambodia, they provide work and a very stable income for 700 people. Furthermore, diseases caused by unsafe water are reduced, which means that inhabitants no longer have to bankrupt themselves to go to hospital or get into debt in order to receive treatment. Women no longer have to travel or leave their children unattended in order to fetch clean water. There has also been a significant impact on education. A study published in 2014 in the American newspaper PLOS One, showed that the supply of safe drinking water to Cambodian primary schools, subsidized by donations, reduced absenteeism by 75%! Finally, the production units are all equipped with solar panels for pumping and filtration. Substituting water boiled over a wood fire with treated water, has the positive impact of reducing deforestation and CO2 emissions. This is proven by the fact that our NGO has been generating carbon credits for the last two years.

Is this Model Sustainable?

At the moment, construction of the water stations is subsidized by our NGO, which equips the units, carries out quality testing, recruits villagers, trains them and supports the launch of the business to consumers. This first phase is subsidized by development donors such as AFD, USAID, or UNICEF, NGOs, foundations and some private donors. As soon as the unit opens, the entrepreneur can use the money from water sales to pay their costs, the salaries for a team of two to six people, and for themselves, as well as the NGO’s support costs. Using this approach, the operation of all the local micro-businesses, just like the NGO, is sustainable. We are currently considering the use of a depreciation model that would allow the micro-business to pay back its initial investment. What’s more, it would make sense, in the long term, for these kiosks to be financed by the public sector.

Won’t this Private Sector-based Model Put the Onus for Water Management on Individual People Rather Than on Public Authorities?

Public authorities still play a part. Although the system is not run by civil servants, communal committees have a stake in how the kiosks are governed. The State owns the infrastructure, which is managed by local micro-entrepreneurs: these represent mini-partnerships between public and private entities.

This model has been recognized and praised by the Ministry of Rural Development to which we report. Our work supports public initiatives. Eventually, we would like the Cambodian government to provide the physical resources and to take over the installation of the water kiosks. We are working hard to ensure that the government makes this a priority. One of the final objectives is to transfer control of the entire operation to the State, which already owns the assets.

Can the Water Kiosk Model be Replicated?

In 2005, 1001fontaines was one of the first organizations to launch the water kiosk model. Since then, this solution has proven effective and is used all over the world. There are about 50 different types of water kiosk in Asia, with 10 to 15 types in India, Africa and Latin America. This model is not well-known, but it is very robust. The proof of this is that it has been widely replicated. In Cambodia alone, seven to eight development companies have implemented this model, and many small, private entrepreneurs have also bought their own treatment machines. This is very encouraging to see.

We are convinced that decentralized water access systems offer the most appropriate model for a large number of developing countries.

The target is to reach 10 million beneficiaries of the system by 2030, with highly-localized models in Madagascar, Vietnam and Myanmar. The approach will be tailored to each country, in accordance with its tastes, culture and the local resources. In Cambodia, we have opted for the use of surface water sources and rely on micro-entrepreneurship—a powerful growth driver—prevention, and social marketing. In Myanmar, where people are accustomed to highly ferrous water, we drilled to a depth of 150 meters, while working closely with local communities. In Madagascar, we deliver the water in yellow drums, which have come to symbolize access to water in Africa.

Has the Covid-19 Crisis Had an Impact on Water Distribution?

At the height of the dry season, lack of access to water for handwashing can definitely be a problem and this increases the health risk. We participated in the information campaign on protective measures via our network of kiosks. 100,000 households were sent leaflets and 60,000 received SMS messages. We have also worked with the public authorities to ensure the continuity of our service.

The health crisis has resulted in increased sales volumes. The effect has been the same for our African counterparts. There are several explanations for this. Firstly, the knee-jerk response is to stock up on water, secondly, with schools being closed, consumption per household is on the rise, and thirdly, health has become central to the public debate, and concerns about health are changing our habits for the better. People are focusing on basic needs, which is a good thing. 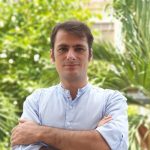