What does immersive technology bring to the International Development sector?

I always focus on the human element of the story. And I am particularly drawn to aspects of an issue that I feel traditional media cannot capture. Immersive technology can enhance or help capture these things that are important for International Development. Virtual reality or immersive technology allows for an intimate and subtle understanding. It inspires empathy. There are so many misconceptions and stereotypes perpetuated by traditional media narratives of refugees or others less “fortunate” then us. Through VR/immersive tech, you can show the nuance and fuller picture of what people’s lives are like and – most importantly – you can hear from them in their own words. Have them invite you into their world.

What are the main applications of VR?

It can apply to almost everything. And the target audience is potentially everyone. Experiencing VR for the first time, no matter the content, is a profound experience of teleportation. The fact that my content is about something meaningful and relevant to many of the policy debates raging across many countries leaves people stupefied. They often comment that they had no idea that’s what it would be like. Many are often moved to feel a connection they didn’t expect with someone they thought were different from them. The shared humanity is what moves people the most.

The South!: How to change the way we view it?

How can VR be used to create immersive stories which drive to action?

It’s a very unique combination of powerful storytelling tailored to a new transportive technology. People often focus on the tech side of it – but the focus on creatively using the medium is what gives it a special power. All of the work I’ve done has been shared with the local communities and we communicate with them consistently about the results of the impact. I feel a deep responsibility that they know their story is reaching decision makers and being experienced by people who normally wouldn’t know anything about them and are moved to action.

[display_quote quote=”We just need to use immersive technology for a higher purpose. We need to see technology as something of a right – not just a product we buy.”][/display_quote]

How did you convince the UN to integrate VR in its communication strategy? How have you collaborated?

The UN was only convinced when I could show social impact. And also when they realized this was a whole new way to communicate their core message. Raising more funds and getting recognition are great motivators! Also, most of the characters are chosen through the support of the UN or, as was the case in The Last Goodbye, by the Shoah Foundation. I often look for people who exhibit a kind of wisdom and resilience that makes others curious to learn from them, borrow from their courage, even. I keep in touch with everyone we work with and they are often the first people to see the films. We are constantly getting feedback from them and we make sure they feel their story was told the best way possible.

What is the social impact of your VR movies?

All of our films have an impact strategy and we work hard to measure this impact. Clouds Over Sidra, a 2015 virtual reality film about the Syrian refugee crisis, is integrated into UNICEF’s face to face fund-raising efforts in 40 different countries and translated into 15 languages. It’s been doubling the rate of donations consistently since November 2015. My Mother’s Wing, our VR film on Gaza, world premiered at Tel Aviv university in 2016, and screened on the streets of Israel bringing many people in direct contact with a situation they are close to – but separated from, given the history of the conflict. The Last Goodbye, our 2017 first room-scale VR experience, is the first-ever testimony of a Holocaust survivor that will be archived by the USC Shoah Foundation for future generations.

Are there ethical brakes or reluctances to develop narratives based on VR/immersive tech?

With VR, you really take over a person’s consciousness – you have to respect them. I also think we need to reshape and change our expectations of what these new emerging technologies can do for us and for society. I think it’s more important now than it ever was before because of the rapid ascent of technology in our lives. We just need to use it for a higher purpose. We need to see technology as something of a right – not just a product we buy. It has immense capabilities to make us more human, more connected and to make our communities stronger and better. VR will have a transformative impact on every aspect of our life. There is little doubt about that. That’s why it’s important that we keep thinking about its social uses, not just its uses for profit and entertainment.

What are the possible future applications of VR in International Development?

I think trainings are the best, yet most unused aspect that would benefit the sector. VR is showing incredible findings of behavioral change in Stanford University research. It’s already being used to challenge racial bias, for victims of sexual based violence and for PTSD survivors. There is more to explore as behavioral change is a core part of International Development work. 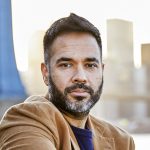