Facebook Twitter Link
Copied to clipboard
Women display signs during a demonstration against "violences against women" in Paris, on July 6, 2019 (Photo by Martin BUREAU / AFP)

On April 6, the Secretary General of the United Nations, Antonio Guterres, launched a global call for the protection of girls and women confined to their homes. Since the start of the pandemic, countries including Spain, India, Australia and France have observed a marked increase in violence: the official statistics of reports reveal rises in violence of 10% to 50% depending on the country. In other countries, like Turkey, feminist activists have been the ones to alert public authorities.

Throughout the world, the COVID-19 epidemic has led to lockdown measures with varying degrees of restrictions. While it is certainly important for people to isolate in order to protect themselves from the disease, the home is not always a place of peace and protection. This confinement can even generate an additional hazard for women and children who are victims or exposed to the risk of domestic violence. For them, escaping or avoiding this violence becomes nearly impossible.

Lockdown and isolation: increased risks of violence against women

How can this increase in reported cases of violence be explained during a time when the possibilities of denouncing incidents seem reduced in all countries around the world?

The domestic violence that occurs in the private sphere results from the gender-based violence women face in all spheres throughout their entire lives, in a continuum highlighted in work by Liz Kelly. In terms of micro-individual mechanisms, in addition to systematically belittling and undermining a victim’s self-esteem, perpetrators of violence use isolation to limit their victim’s possible courses of action.

Lockdown demands isolation and increases the possibility of impunity for perpetrators. It also reduces women’s options for escaping their aggressors when they work from home or stay home to care for their children. During this period that causes anxiety for the entire population, what can be done for the women and children who are most vulnerable?

How is the world responding to violence against women?

Each country is facing this threat by taking (or failing to take) various measures through policy choices. For example, the Spanish government reacted immediately by launching an awareness campaign, encouraging women who are victims of domestic violence to call a dedicated helpline and ensuring that they will not be fined by police for leaving their home for their own protection. These same measures were taken in India in Uttar Pradesh, one of the States most affected by femicides.

In New York, on the other hand, assistance programs for victims of domestic violence and shelters are experiencing a significant decrease in the number of individuals requesting shelter. The same is true in Italy. This trend could be linked to the victims’ inability to leave their home where they live with their aggressors and the fear of being on lockdown in a shelter during the pandemic. In this case, the unknown can generate an additional source of anxiety and exposure to the disease, unrelated to the violence.

But this is not the case in every country: in Russia, a lack of legislation criminalizing domestic violence not only means that these crimes go unpunished, but prevents them from even being identified, despite public pressure from activists like Oksana Pushkina.

An increase in violence against women or in reporting?

In March 2020 in France, according to the Ministry of the Interior, police intervention for domestic violence increased 36% within the jurisdiction of the Paris Police Prefecture alone and 32% within the jurisdiction of the Gendarmerie. Unlike the statistics in Italy and New York, reported cases of violence have increased in France. But what does this mean? Is this evidence of a lower “dark figure” (unreported incidents of abuse) for this type of violence, which ranges between 80% and 90% depending on the type of violence?

Only 13% to 19% of victims report these incidents, according to the “Virage” survey, the most recent quantitative survey on violence and gender relations in France. However, since mid-March, extensive media coverage on the risks and prevention campaigns have encouraged reports. Furthermore, the government has reacted following pressure from feminist groups and an increase in police interventions. The latest measures, including the possibility of sending an SMS to 114 and reporting incidents in everyday places such as pharmacies and supermarkets, have clearly facilitated reporting.

If Italy or the State of New York had taken such measures, their statistics would likely have increased as they have in France. Therefore, this does not reflect an increase in the number of victims, but in the phenomenon being taking into account by witnesses and those affected. And yet this increase in reports could also be explained by the risk of more intense and frequent acts of violence in the context of imposed lockdown.

This increase could also be linked to violence affecting children. By remaining silent, many women who are victims of violence say they do so to protect their children. But can they still say this when their children are home throughout the day?

Since the beginning of April, the opening of support centers near supermarkets for women who are victims of violence has gradually been expanding throughout French cities on a voluntary basis, with support from organizations dedicated to these issues. In Bordeaux for example, organizations have taken steps to be present at four large supermarkets. The immediate aim is to reach women at a place where they are likely to go, outside of the private and domestic sphere. After denouncing mental stress and the unequal distribution of domestic tasks, it may seem contradictory to occupy shopping centers. But given the urgency of the situation, priority is given to pragmatic solutions. Since the streets are now more hostile, prevention methods must be redesigned.

The same is true for accommodation services. On April 1st, the Secretary of State for Gender Equality announced the funding of 20,000 overnight stays at hotels to separate victims from their aggressors, while insisting on the necessity of monitoring the conditions of accommodation in these locations. This is a measure that women who are victims of violence can appreciate, since it allows them to avoid shelters during the pandemic. However, it does not provide the kind of support women and children would normally receive at the shelters.

Furthermore, the justice system must be able to use a significant portion of these hotel stays for the perpetrators of violence, in order to provide a temporary response and enable the removal of the violent spouse. Yet it raises questions regarding the drop in funding allocated to organizations fighting for women’s rights. It also raises questions regarding the market forces allowing large hotel groups, currently without income, to use this means to generate a minimum amount of financial revenue.

Towards greater solidarity with women who are victims of violence?

The increase in reports of violence in certain countries might also be linked to the emergence of a more civic approach. Since the start of the lockdown, everyone has been spending a significant amount of time at home. There has been a proliferation of networks of mutual aid, discussions among neighbors, cocktail hour concerts and applause at 8pm: neighbors are getting to know each other. In this context, if people hear acts of violence being committed, how can they remain silent, passive and therefore complacent?

According to the most recent measures implemented by the public authorities, calls can be made by witnesses as well as victims. This increase could therefore be linked to citizens taking action against this violence that is not private but political. Networks of solidarity are also developing in response to this pandemic. Let us hope that these collective patterns of solidarity and humanity continue after the pandemic.

Ensuring peace for all women in isolation

Still, there are other issues that are receiving less media coverage but must be publicly addressed. At the heart of feminist and social causes, there is the issue of the most vulnerable individuals, women living in the streets or in squats, for whom no legal provisions have been established.

Lockdown means being dependent on some form of shelter. The risk of acts of violence and increased incidents is correlated with anxiety induced by the living conditions imposed by lockdown: the comfort of a town house with a garden and open space cannot be compared to the confinement of a family “trapped” in a cramped, dilapidated apartment, with the opposite wall as their only view.

When French President Emmanuel Macron speaks of the “war” against COVID-19, waged primarily by female health workers caring for others, we can also hope for peace for all women and children exposed to violence at home and in the streets. 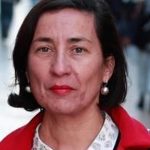