What is the trend for the Venezuelan exodus?

Venezuela was a country of immigration for 200 years. We have hosted people from Spain, Italy, Portugal, Argentina, Colombia, Germany… For the first time, the trend has been reversed. This started with the accession to power of the socialism of the 21st century in the 1990s. This is when the population started to leave. The Venezuelan Diaspora Observatory has been set up at the Central University to monitor the situation on an almost daily basis. For nearly three years now, the exodus has considerably gathered pace: some two million people have left the country during this period. It is estimated today that 3.8 million Venezuelans live in 91 countries, but for the Government of Venezuela, this mass exodus does not exist.

Some 600,000 Venezuelans live in the USA, 300,000 in Spain, others in Italy and almost two million have left for Latin American countries – a figure roughly equivalent to the flow of Syrians who have migrated to Europe since the onset of the war in 2011. The further they go, the more it involves long-term immigration. Conversely, in neighboring countries like Colombia, between 800,000 and a million Venezuelans stay for shorter periods, for the time it takes to get food and medicines.

Inequalities in Latin America are falling for 20 years

What are the reasons for the departure?

Venezuelans leave because of hunger, instability and poverty. According to a study conducted in 2016 by Simón Bolívar University, Andrés-Bello Catholic University and the Central University of Venezuela, 82% to 85% of the population now lives below the poverty line. Many workers live on 2 or 3 dollars a month and are faced with soaring inflation. It has reached a level never seen before in Latin America, even during the inflation in Argentina. Between the morning and the afternoon, the price of bread can triple or even quadruple! It is unbelievable. According to the IMF,  hyperinflation could reach 1,000,000% in 2018. This affects the salaries of poor workers and destroys companies. 70% of them have closed and there has been a sharp rise in unemployment.

In addition to the general impoverishment, there is a huge shortage in Venezuela. We are experiencing a real humanitarian crisis: the population is dying of hunger. We see people eating in garbage containers, others beg for leftovers outside restaurants. There is no electricity and water is practically no longer drinkable. The situation is terrible and getting worse. Diseases which had been eradicated in Venezuela, such as diphtheria or malaria, are reappearing.

Overall, apart from those who receive salaries in dollars, Venezuelans have two solutions today to survive: receive money from their family abroad, or have savings. The Government has created a support program. It is implemented by Local Supply and Production Committees (CLAP in Spanish) and involves distributing food parcels. But it is very marginal and only concerns people who support the Government.

More and more people flee to survive and go to look for food and medicines in neighboring countries. It is impossible to stop emigration. No one can close the borders: they are very long and impossible to control. If the situation does not improve, more and more people will leave by boat, especially towards the French and English Caribbean islands.

How is the population fleeing Venezuela and where is it going?

Up until 2015, the departures were mainly towards North countries, especially towards the USA and European Union. Since 2016, they have no longer had the money to buy plane tickets to the USA and European Union and, in any case, there are no more planes to take. Airline companies have closed or drastically reduced the frequency of their flights. People now travel on foot, by bus and by boat to Latin American countries and the Caribbean.

How are Venezuelans received abroad?

It depends, as Venezuelan migration is extremely varied. South American governments have received Venezuelans. It is undoubtedly a way of helping a country which has received a number of their nationals over the previous decades. One of the reasons to explain this positive reception is the very good level of education of Venezuelans: many teachers and researchers work in Ecuadorian universities and lead research, the entrepreneurial spirit of our students is highly appreciated in Argentina, a number of engineers work in the oil sector in Colombia and over a thousand doctors live in Chile. Furthermore, Sebastián Piñera, the new President of Chile, has granted Venezuelans a special visa which allows them to settle and work. But the situation is not the same for everyone. In many countries, the diaspora is faced with exploitation and very low salaries.

This migratory crisis has become a regional issue. How is it approached?

Political leaders from all over Latin America met to discuss this massive exodus on 4 September in Ecuador. They decided to receive Venezuelans migrants and request assistance from the United Nations. In Brazil and Colombia, people arrive in the poorest regions. The migratory pressure is too strong. Support from foreign countries and multilateral organizations is essential to allow borders to remain open. We are already receiving assistance from Canada, the USA and European Union and we are going to need even more in the very near future.

In the long term, with a view to the exit from the crisis, what role do you think the diaspora will have?

As with all diasporas, the Venezuelan diaspora contributes to reducing poverty in Venezuela and also where they live. In their host countries, immigrants consume, invest, pay rents and taxes, contribute to the pension system, renew the workforce… and, at the same time, they send money, medicines and mobile phones to Venezuela. Furthermore, the diaspora acquires new know-how, learns languages, new technologies, establishes contacts which will subsequently be crucial for the reconstruction of the country after the crisis. These skills, in addition to those of the people who have remained in the country, will make it possible to increase investments and develop new projects. In my opinion, it is fundamental for the future of Venezuela.

Today, the Government points to the diaspora and those who flee the country as being the problem. In my opinion, the problem is not the diaspora but the deterioration of the situation in Venezuela. Bilateral trade and trade with Latin American countries have collapsed because of the destruction of the economy by the socialist regime. We can clearly see that bilateral trade with Colombia has fallen from USD 7bn in 2008 to almost zero today. It is also the same thing for trade with Ecuador, Argentina, Brazil and the Caribbean islands due to the oil industry being broken. I believe that the only way to put an end to all of this is to change government and social model, and restore liberty and democracy in Venezuela. 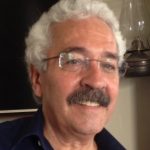