The links between population growth and urban growth have often been presented from two angles: first, the idea that urbanization is the result of population growth, and, second, that demographic transition is faster in countries where urbanization is heavier. In reality, the countries of the South vary in the nature and pace of their urban and demographic transitions. Nonetheless, they do face common challenges that go far beyond demographic determinants.

The close relationship between population growth and urbanization

On the scale of human history, the pace of global population growth has accelerated over the past century. This phenomenon has been accompanied by a growing trend of urban transition in the South. From 2010 to 2015, the least developed countries had an average annual urban growth rate of 2.56% (compared to 0.6% for “rich” countries). By 2050, the urban population in the countries of the South is expected to grow by 2.5 billion people, including 900 million in India, China, and Nigeria according to the United Nations Population Fund. This accelerated urban transition can be explained both by persistent rural exodus and various internal migrations (stemming from conflicts, multiple insecurity issues, and climate events), and above all by the natural increase in the population of urban areas.

In Africa, South Asia, and some Latin American countries, the fertility rate in cities still largely exceeds the replacement-level rate, despite the relative decline of the former in cities compared to rural areas. This can be explained by the persistence of patriarchal and pro-birth norms that, in families that are younger, place value on large families. Decline in infant mortality is also a factor. But, depending on the country, in urban areas strong traditional norms can still clash with aspirations for smaller families, improved well-being, and job opportunities—especially in the face of cramped housing.

Latin America and the Caribbean are among the most urbanized regions of the South, with city dwellers making up 80% of the population on average. However, despite an urbanization rate half that, Africa has more city dwellers than does South America. Furthermore, although accelerated urbanization in sub-Saharan Africa is real (nearly 56% of its population will live in urban areas by 2050), this fact must not make us forget that Africa will probably see its rural population increase by 980 million people (by 2050), a figure representing one third of the world’s rural population.

Against this backdrop, the rural world and agriculture will continue to play a major role in guaranteeing the nutritional and food needs of Africa and of its expanding cities. They will also be crucial for ensuring sustainable ecological balance, particularly when it comes to the environment and biodiversity.

Urbanization in Africa has seen trends and even settlement patterns that have been quite different. When the continent was colonized at the end of the 19th century, “inland cities” were created, breaking with the trend of coastal trading posts. Since their independence, and despite the virtual absence of industrial activities, African countries have undergone urbanization combined with very strong domestic and/or sub-regional demographic growth. This has led to demographic hyper-concentration in the metropolitan capital cities, as well as to urbanization of the rural areas, where demographic pressure remains strong. Even the Sahara, which is often thought to be unpopulated, is in reality more and more urban: cities with populations of over 100,000 inhabitants are increasing in number there. In addition, the populations that circulate in the Sahara (nomads and oasis dwellers) are now city dwellers. It is they who maintain the link between cities, oases, and desert.

Meanwhile, in Asia, the average urbanization rate is 40%, but this figure does not reveal the very big gaps in urbanization by country. Indeed, while Bangladesh, Cambodia, Laos, Nepal, Sri Lanka, and India are still rural countries (at rates of 65 to 70%), South Korea, Japan, and Malaysia are heavily urbanized countries, as World Bank data indicate. However, when we consider this dynamic demographic space in terms of volume, we see that 43% of the world’s city dwellers are Asian. Each year, 40 million rural residents in Asia move to cities despite policies that are increasingly restrictive (in India and Indonesia) or repressive (in China), designed to curb this rural exodus. Eight of the ten largest cities in the world are Asian, ranging from globally influential cities (Tokyo, Shanghai, Beijing) and emerging metropolises (Mumbai, Jakarta, Manila) to poor megacities with little global reach (Karachi, Kolkata).

By 2030, the world will have 43 “megalopolises” with populations of over 10 million, compared to 31 currently. Of these cities, 22 will be in India and China. Africa will see Kinshasa (35 million city dwellers) and Lagos (32 million) move up to the ten biggest cities in the world. By 2050, other cities will see their populations climb to over 10 million: Cairo in Egypt, Dar es Salaam in Tanzania, Johannesburg in South Africa, and Luanda in Angola.

Cities have always been—and will continue to be—centers of all kinds of creativity and economic growth. However, urban public policies will face huge challenges, such as food supply, mobility, economic and social life, and the environment. That is no surprise when we consider that urban agglomerations see their populations grow by 3 to 5% per year, putting all aspects of urban development at stake. These include informal settlements, transport, access to water and electricity, basic health and education services, waste management, reduction of air pollution, and water resource management (as in Jakarta).

Accelerated urbanization in the South raises the question of financial resources and local authorities’ technical and political capacities, which—with the possible exception of China—are often very inadequate. Slums in the South are growing due to lack of planning and to growth in population. Some of that growth is natural, but some comes from rural exodus or inflow of climate refugees and victims of conflicts. And the people living in the makeshift and densely inhabited housing of these informal settlements find themselves far from healthcare and education facilities.

As for how authorities deal with such land occupation that is either irregular or considered illegal, they mostly let the social and security situation worsen. Any response from their part tends to be sporadic (intervention by the police or army) or radical (bulldozer destruction). And, as UN-Habitat reports, when the authorities do implement public policies for building or rehousing, the outcome maintains and strengthens a segregation that is both social and spatial in nature.

Indeed, the socio-economic integration of these very poor city dwellers is exacerbated by the fact that they are cut off from potential jobs, most of which are located elsewhere (in the city center for the tertiary sector and in eventual industrial peripheries). In short, people living in informal settlements lack access to jobs due to the absence or dangers of public transportation and to the constant congestion of limited road systems.

And despite the existence of community-based actions that recreate social ties through social innovation and the pooling of resources, informal settlements are degraded and dangerous urban spaces: just think of the many street children forced into delinquency or prostitution to survive. Connections with the formal sectors of water, social housing, and transport and energy infrastructure seem essential to remedy this.

In the specific case of Africa, where youth make up the largest share of the population (40% under 15 years of age compared to 24% in Asia and Latin America), there is the additional challenge formed by the critical lack of both formal and informal job opportunities. Lastly, women everywhere pay a heavy price, suffering the “double penalty” of poverty and domestic and sexual violence.

All these aspects can be major factors of social and political destabilization within cities. Those involved in urban planning should be very watchful about this, as it is important to preserve social balance, contribute to reducing inequalities, and promote human rights, especially for the “bottom 40,” i.e. the poorest 40% of the population most exposed to multidimensional inequality.

Urbanization and environmental degradation mean that biotopes and populations are subject to all kinds of risks. These can range from the invasion of domestic and collective waste to toxic emissions (from vehicles, for example, which in Africa in particular are often cast-offs from developed countries or even South Asia).

Finally, the lack of wastewater treatment and the overexploitation of groundwater are sanitary time bombs. These many challenges will have to be met by public policies involving the rethinking of urban spaces. The issues to be dealt with include density and sprawl; infrastructure and service development; housing and land regulation; sustainable planning; and governance with local stakeholders (municipalities, associations, urban planners, public and private investors), States, and international donors.

However, more than the number of city dwellers, it is the forms of sociability and the modes of production and consumption in cities and their wider ecosystem that need to be considered. From this point of view, priority should be given to sustainably linking settlements and modes of development between urban and rural areas on a global scale. Indeed, growing urbanization generates needs in water, energy, services, and infrastructure. Rural and agricultural economies will thus have to be able to meet these needs through sufficient agriculture and livestock production, or through preservation of fish stocks.

Development programs will therefore have to provide broad support to adaptation strategies and the development of technological innovation. This is especially true given that, according to the Food and Agriculture Organization of the United Nations, a substantial and quite poor proportion of the world’s population living in urban areas will continue to be economically dependent on agriculture. 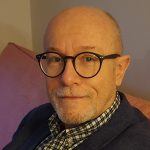 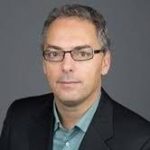 Christine Aubry, a researcher at INRA-AgroParisTech specialized in urban agriculture, discusses this growing phenomenon in cities of both Global North and South.
Shared Innovation

Financial stimulus packages for the building sector with green conditionalities attached are the ideal tool for a Green Recovery. They promote jobs and stimulate local economic activity, and provide a chance to make the paradigm shift towards green construction and zero-carbon buildings.
Development news

Plastic: an environmental challenge made worse by COVID-19

Plastic pollution is a major environmental challenge, and managing its waste is a big problem. And this was before the COVID crisis led to an upsurge in production of non-recyclable plastics such as masks, medical equipment, and gloves!